October. All across Europe hundreds of millions of birds are leaving their northern breeding grounds in woodlands, gardens, marshes, and mountains to escape the winter. Heading for their overwintering/non-breeding grounds in eg sub-Saharan Africa or India, huge numbers will die en route. Starvation, predators, bad weather all take a toll – but millions of birds will die in mist nets or will be shot out of the sky for fun.

In August 2015, the BirdLife Partnership produced the shocking report ‘The Killing’ revealing the brutal extent of the bird crime around the Mediterranean, with an estimated 25 million birds being illegally killed each year. In 2017 an update, ‘The Killing 2.0 – A View to a Kill’ adding the results compiled from Northern Europe, Central Europe and the Caucasus. In September 2018, a 3.5 year ‘LIFE Against Bird Crime’ [LIFE17 GIE/NL/000599’]  project started to help tackle bird crime within flyway countries. This is incorporated into the Flight for Survival campaign, which focuses on seven flagship species to help tell the tale of the problems migrant birds continue to face.

A recent blog by Guy Shorrock, a highly experienced member of the RSPB Investigations Team, details the huge scale of poaching of migrant birds in Cyprus this autumn. Cyprus has long been recognised as a death trap for millions of birds. In 2015 it was estimated that over 2 million birds were killed, including over 800,000 on the British Territories and a further 800,000 on the British Territories in the autumn of 2016.

Having fattened up before leaving the European mainland, many of these birds are trapped for an illegal restaurant ‘delicacy’ known as ‘ambelopoulia‘. Each little body, wrapped in its fuel store of fat, is sold for around 5 euros. They can be bought right across Cyprus – despite the trade being banned many years ago.

Guy’s blog includes the following two paragraphs, and gives a graphic idea of the scale of loss:

In the very early hours of 17 September myself and a colleague were in position on a hillside overlooking the area. We could hear the familiar warble of an electronic calling device playing a blackcap call. In the darkness below us we could also see the light from several head torches working their way in conga-like fashion through the bushes. The trappers were clearly on site and actively visiting their net rides.

As the sun came up, we started to get an accurate picture of what was taking place. Within the compound were at least eight huge mists nets – invisible walls of death ready to hoover up tired migrants. We counted seven bird trappers operating within the compound for several hours, and filmed them throwing stones and shouting to flush birds into the waiting nets. Birds were extracted and taken in buckets to a collection point at a small building on the edge of the compound where numerous trappers vehicles were parked. Though distant, the numerous full buckets must have contained hundreds of dead birds.Guy Shorrock, RSPB Investigations. 10 October 2019

Birds have always been trapped, and historically a legitimate food supplement for mostly poor islanders living off the land, but trapping as practiced in Cyprus today, using mist nets and electronic calling devices to attract birds, bears no relation to ‘traditional’ practices – despite what some Cypriots claim. Trapping on this scale is industrial, often linked with organised crime, and is having a huge impact on Europe’s birds.

For more information and suggestions how to tackle this War on Wildlife please go to: 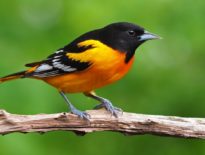 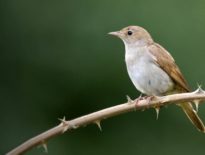