There are just a few weeks left before the UK’s General Election, and most political pundits (and perhaps most voters) are focussing on financial commitments and Brexit. Where do the major political parties stand on animal welfare issues like, for example, fox hunting though?

Perhaops the first question to ask is, should politicians even bother with animals? Is wildlife just a niche pre-occupation of a minority who can be safely ignored? Few political parties took any notice of wildlife in the past, but that has changed. The destruction of wildlife has been highlighted in publications like the State of Nature Report 2019 and on popular programmes like Springwatch. Climate change and biodiversity loss are – particularly for younger voters – extremely important issues, and animal welfare concerns are not far behind. Hunting is a particularly hot-button topic.

Hunting with hounds was banned by the Hunting Act 2004, but the Act has been constantly under attack by pro-hunt MPs (notably Labour’s Kate Hoey and the Conservative’s Simon Hart, both prominent in the Countryside Alliance).

Polling by YouGov, commissioned by the League Against Cruel Sports, found that 79 per cent of people believed the Hunting Act 2004 should be amended to ensure foxes are not killed by hunts claiming to be following trails.

This position is backed by 89 per cent of people intending to vote Labour, 82 per cent of Liberal Democrats and 68 per cent of Conservatives.

So, if you’re as concerned about wildlife as you are about the NHS and climate change, who best represents you?

The Labour Party say that they will ‘put animal welfare policy on a serious and credible footing, driven by science and best practice, rather than vague sentimentality or ‘campaign-of-the-month’‘ (what that latter means isn’t explained) They also say they will implement an independent review into the economic, environmental and wildlife impacts of driven grouse shooting (they could just read the Werrity Review when that is finally published, but all reviews are to be welcome).

Labour announced this week that they would move to tackle fox hunting by strengthening the Hunting Act, introduce a “recklessness” clause to prevent so-called ‘trail hunts’ being used as cover for illegal hunting, and boost funding to allow police to successfully prosecute the perpetrators of wildlife crime.

Martin Sims, former head of the (perpetually underfunded) National Wildlife Crime Unit and now Director of Investigations at the League Against Cruel Sports, applauded the move. In The Mirror newspaper he is quoted as saying that it would make the Hunting Act the deterrent it should always have been, giving custodial sentences to those caught using dogs to chase and kill animals for ‘sport’.

On Tuesday the Daily Mail reported that the Conservative Party will not pledge to repeal the Hunting Act or offer MPs a ‘free vote’ on repeal, which was something they had promised to do in both their 2015 and 2017 manifestos.

Few younger, modern-thinking Tories or Tory MPs support repeal of the Hunting Act. After Theresa May’s pledge to repeal the ban cost her dearly at the ballot box in 2017, and the backlash when then party leadership contender Jeremy Hunt said he supported fox hunting, it seemed unlikely that any party would openly back repeal again (dashing hopes of the Countryside Alliance).

The League and other pro-wildlife organisations have welcomed this development. For repeated promises to repeal the ban to be thwarted by tireless campaigning and lobbying and the passion of key MPs (including Conservatives like Sir Roger Gale) to keep the ban is a huge triumph for wildlife.

It might convince sceptics if the Conservatives were to go further than the Daily Mail reports, and to include strengthening the Hunting Act in their plans.

The Green Party has promised to ban all hunting, including so-called ‘trail hunting’, as part of a raft of animal welfare commitments in its general election manifesto. They also state that “Nature is under attack from industrial farming, overfishing, hunting and shooting“, essentially confirming our view that a ‘war on wildlife’ is taking place in the countryside.

In Scotland, Green MSP Alison Johnstone’s proposed Fox and Hare bill would close the existing loopholes which allow hunts to continue across Scotland.

The Green Party website also has an extensive section on animal rights on its website. They say their long-term aim is “to eliminate the wholesale exploitation of other species, foster understanding of our inter-relationship in the web of life and protect and promote natural habitat“.

Chris Luffingham, the League’s deputy CEO and Director of Policy, Campaigns and Communications, described the Green’s promises as ‘transformational’ for animal welfare.

The Liberal Democrats have launched their Manifesto with a focus on stopping Brexit. They have strong policies on climate change and cutting carbon emissions (including generating 80% of UK electricity from renewables by 2030), but appear to make no mention of fox hunting or shooting, despite the issue continuing to be at the forefront of political debate. Indeed as we’ve previously noted on this site the Liberal Democrats are often cited (by the shooting industry) as being ‘friends’ of shooting.

This seems an important omission by Party strategists as Ipsos Mori polling for the League Against Cruel Sports found that 71 per cent of Liberal Democrats thought illegal hunting should be punishable by custodial sentences. The same poll found that 82 per cent of Liberal Democrat supporters who expressed a view supported the strengthening of the Hunting Act to prevent the killing of foxes by hunts, whether intentionally or otherwise, when they claim to be following trails or trail hunting.

Whilst focussing on Brexit and a second independence referendum, the SNP do have a fairly good record on animal welfare and have said in the past that they will uphold the Lisbon Treaty’s formal recognition that animals are sentient beings.

Scotland led the way in addressing hunting concerns when the Scottish Parliament banned fox hunting in 2002 (ahead of the rest of the UK), and the SNP say they will ‘discourage the establishment in Scotland of the practice known as “trail hunting” as this poses significant risks for wild mammals‘. SNP leader Nicola Sturgeon said in 2017 that she was against fox hunting but there is no further discussion in their manifesto.

With huge areas of upland Scotland exploited for driven grouse shooting (with its associated wildlife crime and environmental degradation) it’s disappointing that they partly negate that statement above by saying that “it is important that we do not undermine the need for legitimate pest control, particularly in upland areas“, an excuse used by illegal fox hunts and leaving the door open for the continuing cruelty of snaring and trapping across vast areas of moorland. However the SNP did establish the (soon-to-be-published) Werrity Review to examine options for the sustainable long-term management of Scottish grouse moors.

The SNP has passed legislation – the first of its kind in the UK – to ban the use of wild animals in circuses.

Plaid Cymru (the Party of Wales) launched its 2019 manifesto today. Called ‘Wales, It’s Us’, like the SNP they mainly focus on Brexit and independence. There is no discernible mention in their Manifesto of animal welfare but Plaid have pledged to spend £20bn on a ‘green jobs revolution’ to fight climate change.

The then Plaid leader Leanne Woods was quoted in 2015 saying that while she was against fox hunting, “Plaid Cymru has no policy on foxhunting so members are free to support it or oppose it as a matter of conscience“. If that is still the case, presumably voters are free to follow their consciences also…

The DUP has not yet launched their Manifesto (as of 22nd Nov) but have traditionally ignored hunting issues.

The Hunting Act (or equivalent legislation) has not yet been passed in Northern Ireland, and foxhunting is still legal there. Animal welfare is not entirely off the agenda in NI though. Hare coursing is illegal in NI (while still legal in Eire) and in 2015 the maximum sentence for animal cruelty was increased to five years imprisonment.

The Brexit Party also launched its Manifesto (or ‘contract with the people’) today. The focus (and this will come as no surprise to voters) is on a ‘clean-break’ Brexit and immigration. In terms of green policies they say they will scrap HS2, and recently party leader Nigel Farrage talked about a rather bizarre plan to get America’s President Trump (a man known more for climate denial and gutting of the Endangered Species Act than green issues) to help lead a global campaign to plant billions of trees to capture CO2.

There is no mention of wild animal welfare. Nigel Farrage himself is a regular attendee at the Boxing Day meeting of his local hunt at Chiddingstone Castle in Kent and was quoted in Campaign Magazine this July saying that “I like fox hunting…and I like the idea that government shouldn’t regulate whether we hunt foxes or not.” That actually puts him at odds with high-profile former Conservative MP now Brexit Party candidate Ann Widdecombe who made an impassioned speech in the Commons in 1997 against hunting with hounds and “the cruelty involved in prolonging the terror of a living, sentient being that is running for its life“.

For voters who are concerned about wildlife there is some good news on animal welfare, with most political parties now at least understanding that animals matter to voters. But digging into their published Manifestos the focus is primarily on improvements for farmed animals with little focus on wildlife away from foxhunting. Shooting is barely mentioned, and serious welfare concerns like the widescale trapping/snaring that takes place on shooting estates and the killing of declining species like Brown Hares, Common Snipe and Woodcock doesn’t appear to be on the agendas of most political parties.

Which doesn’t mean that hunting with hounds – and the routine flouting of the law by ‘trail hunts’ – isn’t an important issue though, and the League will be continuing their campaign to urge all parties to get #UnitedAgainstHunting.

Animal Welfare and the Ge… 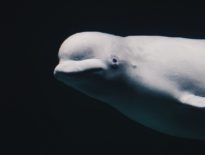 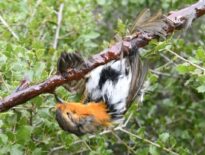