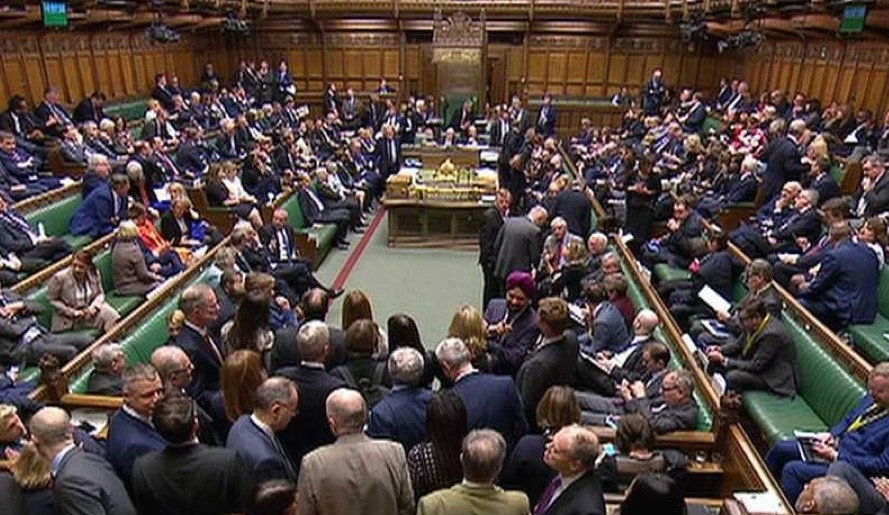 Author and campaigner Bo Beolens has had a life-long interest in the natural world. Since the late 1990s he has had articles published in a variety of birding magazines in the UK and USA, and has written eight books. He has also written for several disability publications.

Law of the Jungle

For our wildlife to survive we must confront climate change, adopt lifestyles that conserve and change our eating, buying, transport and consumer habits radically.

Now I’m as keen as the next man on tree planting, re-wilding and conservation… but the trouble is the next man needs support and direction currently not forthcoming from government at any level. Fine words, resolutions endorsing that we are in climate crisis and ‘commitments’ to plant billions of trees might give us all hope or they might just be political hot air adding to global warming!

I bet there are hundreds of local councils who have passed these resolutions but have not banned pesticide use even on their own properties. I’d bet too that their publicly-owned buildings are not best insulated, equipped with solar panels nor sporting roof gardens and bee-hives. Lip service changes nothing.

87% of us rail against single-use plastic and yet are faced with no choice when we go to the supermarket. Most of us do not have a choice of eating healthily at a price we can afford, nor eating for the planet’s health by avoiding packaging. If you are on an average wage, benefits or pensions you cannot afford to shop in artisan food markets or those few retailers who sell loose veg. Yes, there are a couple of cut-price stores offering fresh veg with no plastic, but even those do not offer the old-fashioned brown-paper bag to put it in. In many rural areas the cost to the planet in transport to such outlets outweighs the savings and the supermarkets that deliver still package everything and at least one will ONLY deliver in disposable plastic bags!

I am told that a contestant in a well-known jungle programme was ridiculed for paying six quid for a haircut…because there is no way you could get a quality job that cheap…and that very same attitude informs much of our buying patterns. The average person has swallowed whole the nonsense that the higher the price the better the quality despite many decades of ‘Which’ magazine (and televised blind tastings) demonstrating that the opposite is often true. It seems to me to be demonstrably obvious if you visit the ‘everyday’ low-cost supermarket brands…almost all those products have less packaging and that may well be where the cost savings are made. Take healthy porridge oats – that is rolled oats with nothing added or taken away. You can get at least three levels of pricing for this in any supermarket but despite the fact that a pure product of identical quality simply cannot be better or worse most people buy branded boxes instead of generic bags.

Retailers will not remove throw-away plastic or extra packaging in general because they are part and parcel of their marketing strategies. The billions of pounds, dollars and euros squandered on advertising, a whole industry dedicated to deception, is a waste of human and material resources. Nothing will change, even in the face of clear public preference, until and unless change is enshrined in law.

There are clear steps we can take right now that would get us a long way down the road we need to travel.

Right now, we can pass a law that by the end of 2021 ALL packaging MUST be re-cyclable, including anything in the postal system. After 2021 we can insist that ALL packaging contains at least 50% recycled material. We can also legislate to make plastic the responsibility of the manufacturer… if they want to use it then they must collect it too!

We could also legislate to reduce all plastic use in, for example, vehicles. Not only does such plastic end up in land-fill but it is often not fit for purpose anyway. In manufacturing in general over the last three decades almost every product previously made of wood, metal, glass and ceramic have, to an extent been replaced by plastic… often making those products inferior and quicker to fail. This too requires legislation, as commerce and industry geared to profit will fear competition unless all manufacturers and importers have to comply with a set standard.

It is up to central government to ensure that local government must follow environmentally sound practices in everything it does by withholding grants and support otherwise.

Legislation must also bite the watershed bullet – we have to stop building on floodplains and stop stripping hillsides of soil retaining trees and uplands of water-retaining plants. Only government can support the huge financial cost of moving people and housing away from floodplains rather than flood defences that merely shift the problem upstream or downstream.

The elephant left in the room is agriculture…over-long supported by taxpayers only if they do the wrong thing! As a nation we cannot subsidise crop-raising on marginal land, sheep-farming on Welsh hillsides and intensive cattle-rearing.

Rather than subsidising sheep we should pay farmers to plant and manage native woodland. Rather than intensifying meat production we should look to more legume growing to support alternatives to meat and we should leave marshland to the birds. Intensity is the enemy of the wild world so that animal husbandry must be so much less intense it encourages re-wildling of all our pastures. Such an agricultural policy, of course, must be supported on an international scale.

Just wanting to do the right thing is not enough. Protest and self-denial are patchy and insufficient…until all forms of government do what is needed, rather than what is wanted, the handcart we are going to hell in will keep on rolling. Legislation has to take its wheels off. Economic growth is NOT our friend but an enemy concept as dangerous as the old ‘greed is good’ dictum that got us where we are today.

Bo is a prolific author with eight books already published. He runs the vast Fatbirder website, his ever-expanding attempt to put as many birders as possible in touch with each other throughout the world to encourage friendship and conservation. He also owns and operates a number of other websites, including Birding for All, which seeks to improve access for people with disabilities to reserves, facilities and services for birding, and the popular Fat Birder’s Top 1000 Birding Websites . Past articles can be found at his alter-ego’s website Grumpy Old Birder. 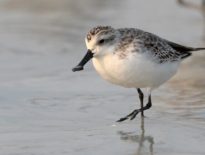 Blog Posts Status of birds in Korea: can you help? 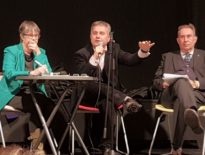