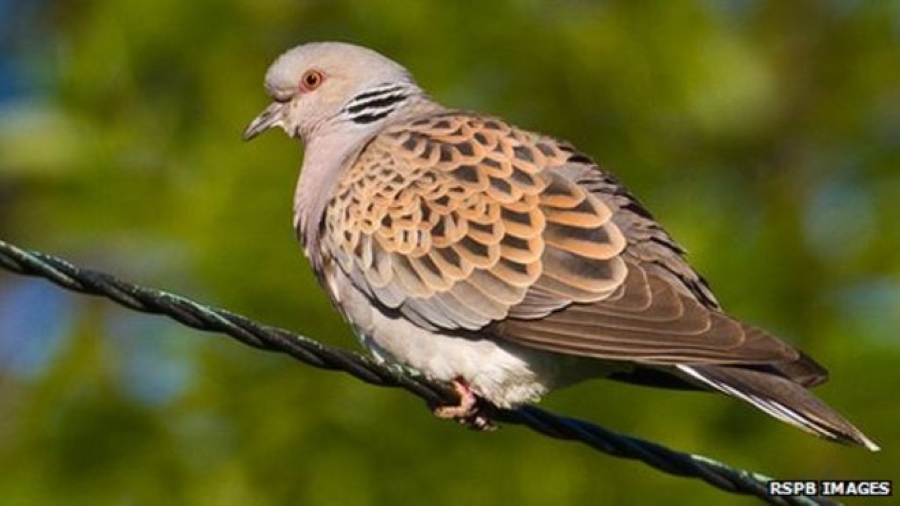 It’s not so very long ago that the European Turtle Dove was such a common fixture of the UK summer that almost everyone would have recognised the rolling, purring ‘turr-turr‘ call that gave the bird its English name. Like the cuckoo, the swallow, and the nightingale, this beautiful migratory bird was to many of us emblematic of the sun on our backs, fields full of flowers, and long days spent outside.

Sadly, those times are long gone. We’ve destroyed 97% our wildflower meadows, many children grow up never even hearing a cuckoo or a nightingale let alone seeing one, and the once common Turtle Dove is the UK’s fastest declining bird species. Despite a huge breeding range it’s considered vulnerable to extinction.

While the UK is on the north-western edge of the species’ range (so perhaps more sensitive to environmental changes anyway), its decline here has been truly dramatic. The data shows an almost unbelievable 98% decline since the 1960s. That means for every 100 Turtle Doves present in the British countryside half a century ago, there are now just TWO.

This catastrophic disappearance was discovered via multiple surveys, including in two of the country’s most rigorous bird ‘counts’: the Common Bird Census (CBC) and the Breeding Bird Survey (BBS). Data is now available from the mid 1960s to almost the present day:

The British Trust for Ornithology (BTO) said in July 2016, “The latest Breeding Bird Survey (BBS) report published today has revealed that Turtle Dove numbers have hit a new low. This trend is mirrored across Europe, with a decline of 78% between 1980 and 2013.”

What has caused the decline?

While there are still an estimated 12 million – 48 million individual Turtle Doves across the entire range, it is classified as Vulnerable to extinction in both Europe and globally. The story of the Turtle Dove’s rapid decline include factors that almost defines our war on wildlife and which impact countless threatened species around the world: unsustainable hunting, and changes to habitat caused by intensive agriculture.

Shooting is no longer a problem for Turtle Doves here in the UK, fortunately, but remember those wildflower meadows that we ploughed up? Unlike other European pigeon/dove species, Turtle Doves feed almost entirely on the ground on the seeds of low-growing arable plants like fumitory, medick, and vetch. They need patches of open ground where they can find those seeds, but we now typically grow vast monocultures of grain crops. Arable plants that were once such a feature of field margins are now called ‘weeds’ and sprayed with herbicides. The disappearance of wildflower seeds (and the grubbing up of scrub and hedgerows used for nesting) is thought to have resulted in a much shorter breeding season with fewer nesting attempts. As local populations fail to breed, fewer birds return to traditional breeding sites the following year – and the cycle of decline sets in even harder…

Conservation and farming are working together to turn around the decline of the species in the UK, but it’s highly unlikely that there will ever be enough suitable habitat made available to Turtle Doves to see a return to the countryside that in any way mirrors their loss from it, but at least here they’re not being shot out of the skies in the huge numbers that they are in parts of Africa and Europe.

Campaigners have been trying for many years to stop the ‘traditional’ shooting of migrating Turtle Doves, particularly in hot spots like Malta, Italy, and France. Hunting lobbyists are refusing to recognise that there’s a problem though (even while complaining that there are fewer birds to shoot each year), and continue to pressure governments into making incomprehensible decisions on ‘quotas’. While all the available data shows unequivocally that the species is disappearing at a rapid rate, the French government, for example, gave the go-ahead for hunters to shoot up to 18,000 Turtle Doves this year. Despite being classified as a Species of European Conservation Concern (SPEC 3) with an unfavourable conservation status, Malta’s vociferous hunting lobby – again – demanded to be allowed to kill them and their government cynically set the dates to legally hunt Common Quail to coincide with peak Turtle Dove migration, knowing full well that they would be shot as well.

Absurdly ‘holidays’ are still offered to hunters to shoot Turtle Doves in Eastern Europe and North Africa. The Daily Telegraph reported in September this year that at least two British companies offer Turtle Dove shooting holidays to Morocco. A quick internet search will provide details of similar companies operating in, for example, Bulgaria and Serbia.

There are numerous, depressing examples of shooting’s insatiable urge to kill declining species all around the world. The claim is usually made that hunting is sustainable – ie will have no long-term impact on populations. But how true is that? Shooting has always relied on opaque data and its own statistics to ‘prove’ sustainability, but a new scientific report published in Bird Conservation International provides a more realistic assessment of the situation.

The full report is pay-walled but the published abstract is clear enough (note: the bold highlight is ours, not the author’s):

With a decline exceeding 30% over three generations, the once-common European Turtle-dove is now considered globally threatened by IUCN. As a legal game species in 10 European countries, the recent International Single Species Action Plan for this species highlighted the need to carry out an assessment of the sustainability of current levels of hunting. In 2013–2014, the Western European population was estimated at 1.3–2.1 million pairs, and the hunting bag in the same region to be 1.1 million birds. Using the Demographic Invariant Method, we assessed whether current levels of hunting harvest within Europe constitute overexploitation of the western flyway European Turtle-dove population. We calculated the maximum growth rate λmax that a population might achieve in the absence of any additive mortality. Then we estimated the potential maximum harvestable population fraction (P) allowed by excess population growth. We explored a wide range of plausible scenarios relating to assumed demographic rates, geographic scope of the flyway and management objectives. λmax was estimated to lie between 1.551 and 1.869. Current levels of hunting along the western flyway are more than double the sustainable fraction (P) under all suitably conservative scenarios, and only fall below this threshold under the most restrictive assumptions. We conclude that current levels of legal hunting along the western flyway are unlikely to be sustainable. Reducing uncertainty associated with assessments of the sustainability of turtle dove hunting will require improved information on (in order of decreasing importance) current levels of hunting, adult survival, age structure and population size.

It’s been obvious for decades of course, but every year hunting and habitat loss is dragging the European Turtle Dove closer to the very edge of existence. It is blindingly obvious that hunting of Turtle Doves must stop. Not in the future, but immediately.

For more information on what conservationists are doing to try to save the Turtle Dove please visit the following links:

Killing wildfowl banned on Humber Estuary
Gamekeeping's war on wildlife
The 'voices of the countryside', raptor persecution, and trophy hunting
Hen Harriers: not very good at being - er, Hen Harriers?
Who eats all the soya?
Yorkshire Water to change the way it manages its land
Botham declares war on the RSPB
Shooting in National Parks
Why does shooting believe in its own exceptionalism?
RSPB consultation on gamebird shooting: Wild Justice response and our thoughts 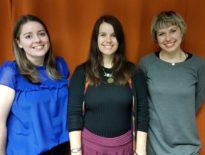 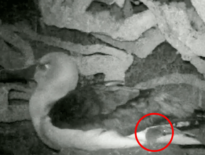