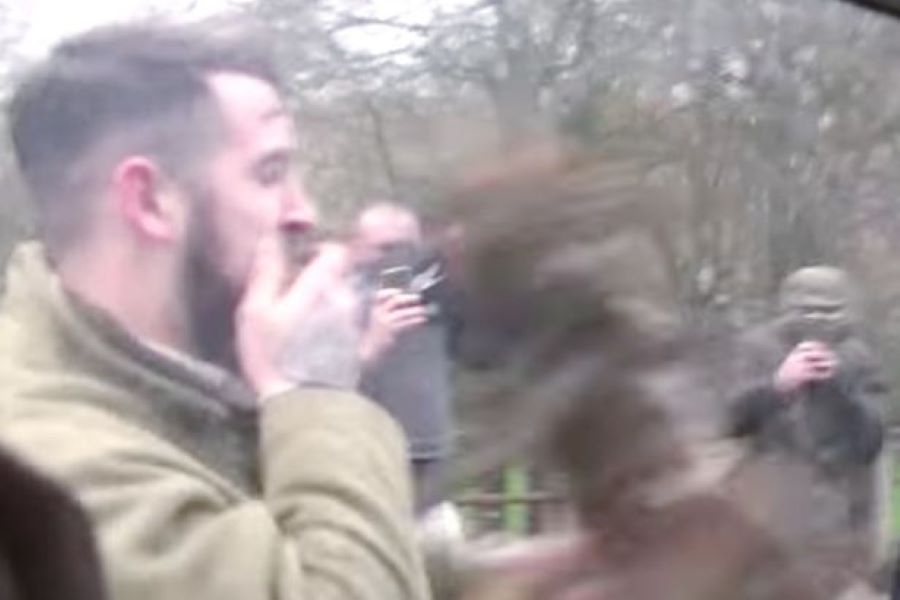 But let’s have a quick recap of how foxhunting – banned since the passing of the Hunting Act 2004 – has chosen the Boxing Day week to present itself. This is, remember, the time of the year when the hunts aim to show just how much support they have by parading through town centres. That they are about tradition. That they have accepted the requirements of the law, and (in plain sight anyway) won’t be catching any foxes.

That’s what hunting’s lobbyists and spin-doctors aim for. The problem they have is that barely anyone on the pro-hunt side seems able to stick to the script. And of course no-one on the pro-wildlife side believes the script anyway.

Boxing Day has always been the abrupt end of the season of goodwill as far as fox hunters are concerned. While the rest of us are relaxing and contemplating the meaning of mince pies, a temporary Christmas ceasefire ends and foxhunters (who seem to salivate and chomp at the bit more than the horses and hounds they use to pursue their pointless hobby) get right back to it.

Only the more the public’s appetite for large gangs of men and women on horseback chasing relatively small frightened animals with a pack of dogs falls away, the more the hunt’s self-proclaimed ‘supporters’ take matters into their own hands and set about proving what most of us have known for a very long time: it takes a certain type of mindless thug to want to play at bodyguarding fox hunters.

By the end of the 26th even normally pro-hunt media (who have actually had so much evidence given to them now that it’s become impossible to ignore), were reporting that police officers “in Suffolk, Cheshire and North Wales are probing allegations of unlawful fox hunting and disturbances between hunters, protestors and observers“. Suffolk Police had “launched an investigation into an alleged hunting offence after reports a fox had been killed.” North Wales Police confirmed they had launched an investigation after a dead fox was found near the A55 in Anglesey.

A remarkable video was also posted online showing hunt supporters protecting the Badsworth and Bramham Hunt (based in North Yorkshire) attacking a hunt monitors’ vehicle and smashing a dead fox against its windows. As monitors inside the vehicle filmed the attack, their video clearly shows hunt supporters recording it too. No doubt as the police investigate they’ll be grateful for all the evidence.

With tensions running so high, presumably the last thing hunting’s yarn spinners would want was anyone doing or saying something stupid. Something stupid like, perhaps, the – well, let’s say ‘ill-advised’ tweet of Jolyon Maugham QC. The renowned anti-Brexit lawyer woke up Boxing Day morning and found a fox (as he later explained) trapped in netting used to protect chickens in his garden. Had he found a dog or a cat he might possibly have tried to disentangle it (or call the RSPCA), but instead he reached for a baseball bat (and his wife’s satin kimono) and clobbered the animal to death. And then tweeted about it.

As his words went viral Maugham tried to damp things down by adopting an air of thoughtfulness and contrition, tweeting that “I didn’t especially enjoy killing it but I imagine that’s what the RSPCA would have done, if they had anyone on call in Central London on Boxing Day“. Battering wild animals is assuredly NOT what the RSPCA would have done, and within hours they were investigating a possible crime. An online petition to prosecute followed. The coverage the next day wasn’t favourable. A neat line from The Spectator concluded that “in a single tweet he acquired all the reputational problems of a Newfoundland seal-pup clubber”. Even the Washington Post weighed in.

There was no suggestion in any of the reporting that he was a foxhunter or hunt supporter, so what was Jolyon Maugham thinking? He most likely wasn’t. Hunting and shooting proponents have long repeated the mantra that foxes are ‘vermin’ and can be treated badly with little come-back. The problem for Jolyon Maugham of course is that rhetoric like that has fallen out of favour. We are better informed now. Most of us anyway.

Bang on cue pro-hunt supporters rode to Mr Maugham’s ‘rescue’. It’s just a fox, they shrieked. It would have been, however, far better for them to have just left well alone. Dismissing a largely pro-wildlife nation as a bunch of snowflakes probably had even the most hardened pro-hunt lobbyists sighing dejectedly into their post-Christmas sherries.

Was that it? Not a chance…

But there was, inevitably given the ratcheted-up tensions, more to come.

Landing with a flat-footed thud on the ‘vermin’ bandwagon, a David Stubley of Prestwick, decided to write a letter to his local paper saying that though he “had never hunted” he understood “the necessity of it in controlling vermin efficiently” and that the “campaign against foxhunting is motivated by a long-outdated class war, not animal welfare“. It’s extraordinary that hunt lobbyists continue to reach for such asinine and ill-informed arguments, especially when it’s all too easy to counter that by breaking the law, attacking people, and using dead animals as weapons, hunts and their supporters routinely display a breathtaking lack of any class at all.

More damagingly, the Daily Telegraph, a newspaper hardly known for its sympathies with the pro-wildlife movement, published an article on the 29th which detailed how the Prince of Wales’s former hunt (the Quorn) had “apologised to mourners after its hounds interrupted a woodland funeral and reportedly leapt over an open grave“. As editorial decisions go it was surprising, especially given that the event in question took place on the 20th and had been covered already. But once the tide starts to turn, as Canute found out…

To top off the week hunt supporters then metaphorically penned a suicide note. It was unoriginal, inept, and a misstep of such proportions that senior figures in the hunt lobby industry must have almost knocked themselves out face-palming. On the morning of the 30th a dead fox was left outside Chris Packham’s house.

It’s not the first time Chris has been targeted like this of course (as the tweet here will remind anyone who may have forgotten, pro-shooting knuckle-draggers tied dead crows to his garden gate back in the summer much to the macabre delight of a vocal minority who, if they have the intelligence to analyse clearly, may have by now realised that they, too, have done their hobby more harm than good).

Chris reacted in exactly the way he always reacts. Positively. Blanket coverage on first social media then print media depicted a fearless man with an ever-expanding support group. His step-daughter Megan McCubbin summed up the mood with her own tweet, saying that “You can send death threats, put dead animals outside the house and abuse Chris on social media… but you will never threaten the movement or science he stands for. Arguments against fox hunting have never been more clear.”

The obvious question to ask is why would fox hunting target the most high-profile campaigner in the entire country in such a crass and ill-judged way? Surely these idiots would have known that almost immediately a short video response would be on the internet (now retweeted more than ten thousand times)? That everything that Chris Packham does or has inflicted upon him is newsworthy? How was this ever going to help, say, repeal the Hunting Act?

The truth of course is rather prosaic. There is no script. There is no ‘fox hunting movement’ at all, just an increasingly fragmented, increasingly isolated ragtag collection that includes wildlife abusers, lawbreakers, and the thuggish rural equivalent of soccer hooligans amongst its numbers. There is no plan. There is shouting and lobbying and anger. But there is no central intelligence. Hunting simply doesn’t have the nous to even imagine, let alone see, the bigger picture. Its arguments are dog-eared, its supporters simply coming over as fanatics. Even the Conservative Party appears to have lost interest in promoting fox hunting.

The chumps that took on Chris Packham the other day are like the shooters that targeted him for his work on the general licence with Wild Justice. If they intimidate him into silence, their thinking goes, they silence the debate. They can only see the bee and not the hive. The widespread misunderstanding is that Chris leads, and we all blindly follow. That’s simply not the case. We are marching forward together. We empower each other. When it comes to ridding the nation of the abominations of foxhunting we speak as one.

Is fox hunting determined to end foxhunting? That’s a jokey question of course, but on the evidence of the past week you’d have to conclude that they’re pretty much incapable of keeping it going for much longer.

And I’m sure you’ll give me a Whoo-whoop to that. 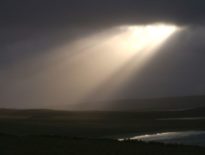 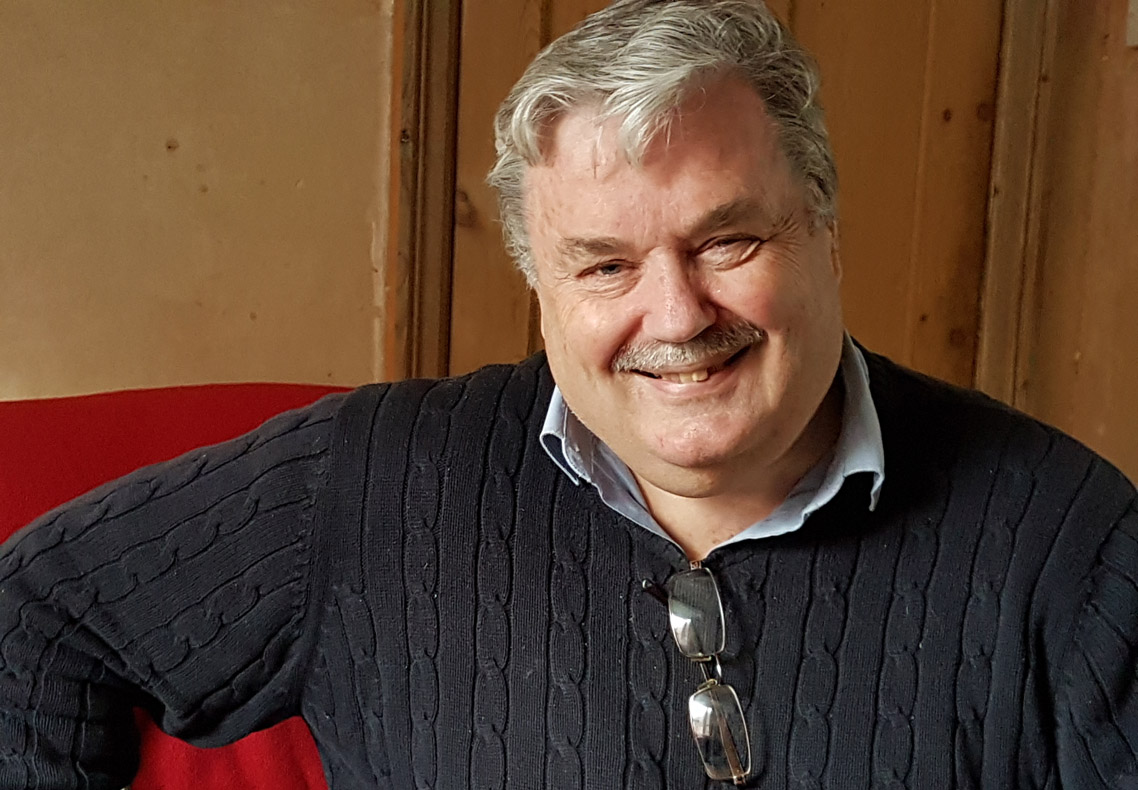