Paul Sterry has an academic background in freshwater biology and is a passionate conservationist. He has been writing about natural history and photographing wildlife for the last 40 years, with an emphasis on the British scene.

This article is the second in a series of three that scrutinises the effects of changing farming practices and urbanisation on wildlife and biodiversity within the Borough of Basingstoke. Much of the farmland that immediately surrounded pre-WW2 market-town Basingstoke has long-since gone, destroyed by urban expansion. That which remains in the Borough has lost most of the value it once had for wildlife: despite being green to the eye much of it is little better than concrete, bricks and mortar in terms of the biodiversity it supports. So, what’s left for wildlife in 2020?

I grew up on the western outskirts of ‘old’ Basingstoke and in the late 1960s cut my natural history teeth as I walked and cycled lanes and farmland byways. The memory can play tricks of course but I recall that singing Skylarks and calling Lapwings were constant companions in spring and early summer, my wanderings unwittingly taking me from one territory to the next. Later in the season, I can picture arable fields that supported abundant ‘weeds’ including what I now know to be Corn Marigold Glebionis segetum and Pheasant’s-eye Adonis annua; and ‘unimproved’ grassland that resonated with grasshopper song and thronged with meadow-breeding butterflies. In winter, every mile or so I would bump into a sizeable mixed songbird flock feeding on spilled grain in a stubble field.

Nowadays of course the birds of traditional farmland and the arable weeds are mostly gone; and the skies are empty of birdsong, their former haunts either destroyed by urbanisation or rendered worthless to their kind by modern farming practices. Today, I rejoice on the rare occasions I hear a singing Skylark or grasshopper in the Borough, or come across a host of summer butterflies. 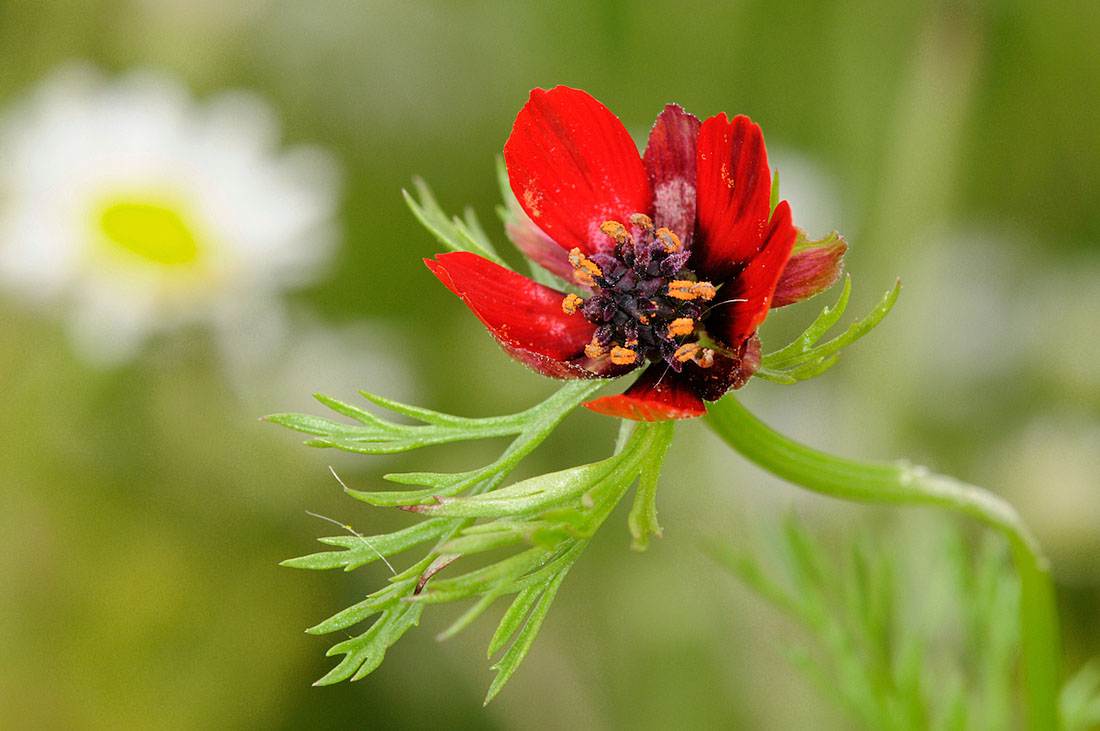 I doubt I will ever see arable ‘weeds’ such as Pheasant’s-eye growing in the vicinity of Basingstoke thanks to the herbicide regime employed by industrial arable farming in the Borough.

Within the Borough of Basingstoke & Deane, the Parish that I know best is Pamber. In relative terms it is still biodiverse, its saving grace being that roughly 25% of the land has SSSI status, with ancient woodland SINCs adding to the mix. The fact that Pamber harbours 37% of the SSSI land for which Basingstoke & Deane Borough Council is the Local Planning Authority probably says more about the Borough’s historic attitude towards the environment than anything else.

Away from land that has protection, nominal or otherwise, Pamber’s environment is under threat like everywhere else. Apart from a few enlightened or independently wealthy souls, most residents use land in the Parish’s countryside for profit or pleasure and purchase it with the same aims in mind. At one end of the spectrum is a medium- to long-term commercial approach (farming and equestrian activities); at the other extreme is get-rich-quick exploitation, typically in the form of creeping industrialisation or the lure of developing land for housing. Being of no discernible commercial value, biodiversity is only grudgingly included in the planning equation; it is simply an annoyance to be dealt with via the planning process, using the services of compliant ecologists.

Since the end of WW2 the greatest impact on wildlife and biodiversity in Pamber has come from agriculture, with urbanisation a close second; in the Parish the two are, however, inextricably linked. That urbanisation destroys or diminishes biodiversity is self-evident when open countryside is built upon or concreted over. But the impact of agriculture can be equally profound, more so today than in the past. This bold statement needs some qualification and an explanation of why, historically, some farmland could legitimately have been described as having been good for certain types of wildlife; why today a few pockets of farmed land continue to support excellent biodiversity; and why other extensive tracts of agricultural land are in essence biodiversity deserts, albeit green ones. 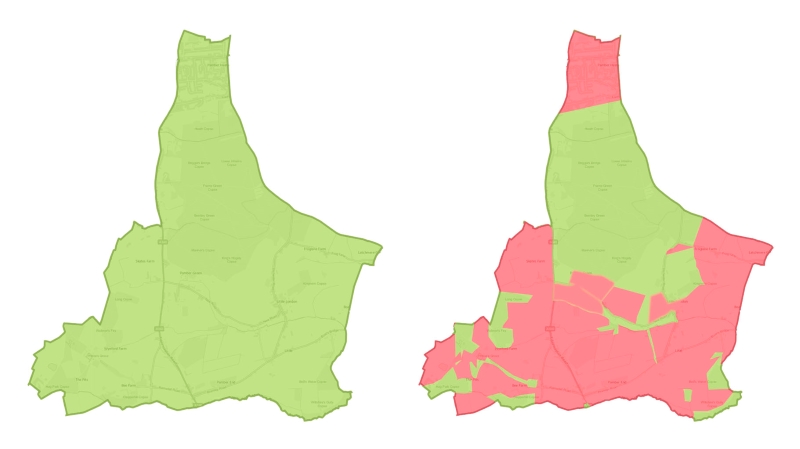 A very loose artistic impression of the environmental degradation of the Parish of Pamber in the last 90 years or so. On the left, what the parish would have looked like in the 1930s in wildlife-friendly terms, comprising ancient woodland and unintentionally wildlife-friendly farmed land represented in green. On the right, the parish in 2020, with pink showing the environmental losses to open biodiverse countryside and farmed land due to industrialisation and industrial, intensive farming methods – Skylarks and Lapwings are the indicator species used, conspicuous by their absence these days.

In the wake of the last Ice Age, vegetative colonisation and botanical succession meant that over the passage of time the British landscape became largely forested, land-type and altitude permitting. But subsequently, to paraphrase what Brian Vesey-Fitzgerald said in his 1969 book The Vanishing Wild Life of Britain, wildlife began disappearing, and habitats began to be altered, the moment Man colonised these islands. Farmland in its many guises is a man-altered habitat and intentionally it replaces a previous natural habitat; the fact that the process may have begun hundreds, sometimes thousands, of years ago does not alter this fact. Compared to the land it replaces, by design farmland inevitably supports altered biodiversity. With many types of farming this means severely depleted biodiversity: the agricultural aim generally is to maximise yield from typically one species in a given area, and to minimise or marginalise competition.

Notwithstanding these qualifications, prior to WW2 what might be called traditional farming did inadvertently benefit a range of wildlife species. Our farming forebears did not set out to be conservationists of course but the unintended consequence of their limited ability to affect the land meant, for example, that native floral diversity flourished in unploughed hay meadows, and winter food for seed-eating birds was provided in the form of spilled grain and weed seeds in stubble fields.

In one sense historical small-scale farming and the mosaic of habitats created may have actually increased biodiversity in a few locations – by encouraging species that would not otherwise be suited to the natural habitat that farmed land; a traditional hay meadow and neighbouring hedgerows might be an example. Which rather begs the question as to whether the quest for numerical biodiversity per se is always a good thing? 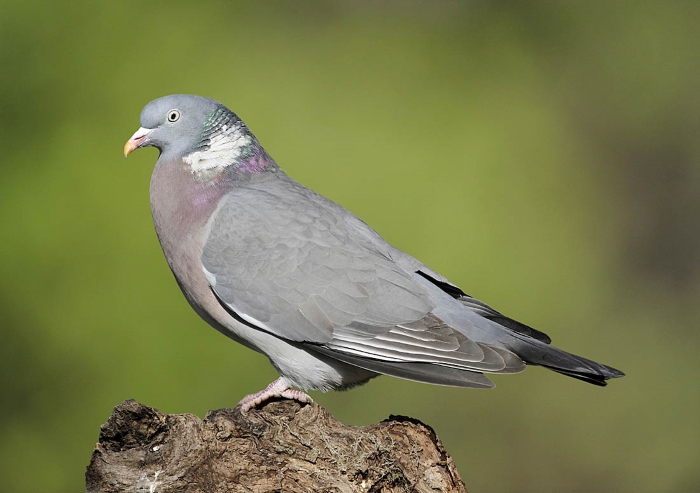 While the vast majority of countryside wildlife has suffered or died out as a result of industrial agriculture and urbanisation, the Woodpigeon is one of the few to have benefitted. Sustained through the winter months by winter crops such as oilseed rape, and fed in gardens, its numbers and range have not been adversely affected. The fact that an already common and widespread species benefits from industrial farming is not a positive environmental outcome to be celebrated: the Woodpigeon’s gain is the Skylark’s and Corn Bunting’s loss.

Nowadays, farming often refers to itself as an industry and indeed the effects of modern chemicals and soil exploitation are just that – industrial. As a result, in Pamber there’s more biodiversity in my garden than in neighbouring farmland of any sort – by several orders of magnitude.

Using flowers as an indicator a typical arable field within sight of my garden might support perhaps 10 species of plant including the crop, the ‘weeds’ being born survivor species confined to pitiful margins where chemical sprays have had least impact. The same is true of agriculturally ‘improved’ grassland seeded with perennial ryegrass and sprayed with industrial fertiliser and all manner of herbicides. By comparison, my modest garden’s ‘meadow’ and native hedgerow host 101 native flower species (excluding grasses, trees and shrubs) at the last count and the meadows at nearby Bentley Green SSSI (fields that have never been sprayed) supported 250 species of wildflower.

Anyone with even the most basic understanding of ecology will appreciate the direct correlation between floral and invertebrate diversity; and that the effects of agriculturally-imposed floral impoverishment are entirely negative for insects and their kind. A visual reminder of this is meadow butterflies whose larvae feed on grassland plants; they are conspicuous by their absence in most of Pamber’s farmed fields. The consequences continue up the food chain of course: where are the Skylarks and Corn Buntings for example, or the breeding Lapwings?

Stepping back a pace, it is useful to set farming changes in context. The 1947 Agriculture Act probably signalled the beginning of the end for (unintended) wildlife-friendly farming, in the Borough of Basingstoke as elsewhere in the UK. In an era of austerity and an atmosphere of aspirational growth the government’s aim was to ensure that wartime high levels of agricultural production were maintained. Guaranteed prices were negotiated annually by the Ministry of Agriculture and the National Farmers Union with previously-agreed subsidies taking care of shortfalls between market prices and the aspirational income ‘requirements’ of farmers. Farmed products were promoted through the marketing boards, which had been set up before the war.

The introduction of subsidised farming and price stability coincided with more mechanised techniques (which allowed more rapid and much deeper ploughing for example) and the onset of widespread use of chemicals: this included the infamous DDT and then lethally-toxic cyclodiene organo-chlorines, such as aldrin and dieldrin, which literally poisoned the landscape and killed seed-eating birds outright along with their predators. In a short space of time the English countryside was changed literally and metaphorically, along with a bucolic way of life.

Nowadays the damage continues of course but rather than poison farmland birds outright we simply starve them out of existence through the use of ever-more ‘efficient’ herbicides and insecticides, and non-stop exploitation of the soil. 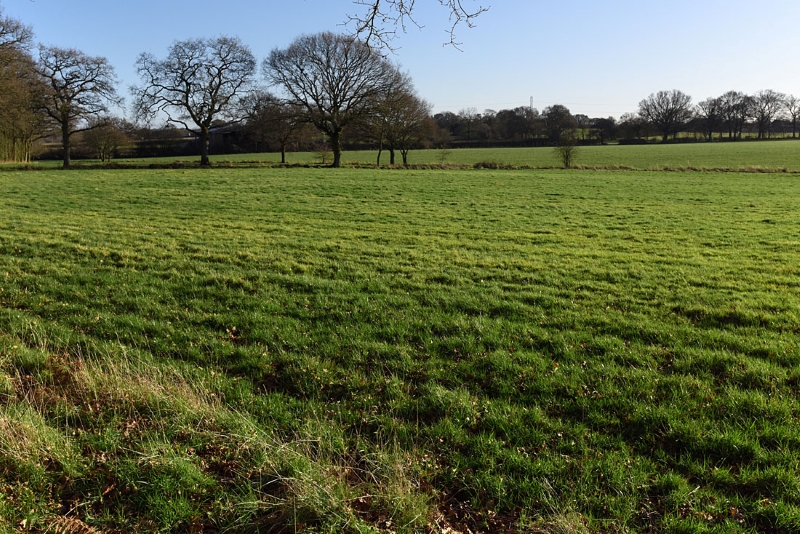 Question – When is green not a good environmental colour? Answer – when it’s an intensively farmed arable field, or seeded and sprayed ‘grassland’ depleted of its natural biodiversity. The one saving grace of industrial farmland is that it is still land and could, in theory, be restored to have some semblance of value to wildlife. Once urbanised and covered by bricks, mortar and tarmac it is lost forever.

The majority of Pamber’s inhabitants live their lives unaware of the impact they have, directly or indirectly, on the biodiversity around them. And I have a nagging feeling that the Parish is fairly representative of Basingstoke, and the Borough itself represents a microcosm of the UK in terms of planning, farming and environmental attrition.

Perhaps unsurprisingly I can’t recall any Parish or Borough elected representatives taking informed or meaningful beneficial action to address the real environmental issues driving the loss of wildlife-rich habitats and biodiversity. Their influence over farming may be limited but urbanisation is a factor where they do have a legitimate say.

This may be a local issue but it points to a bigger picture: a spectrum of environmental engagement ranging from ignorance to scorn on the part of elected representatives, and to a greater or lesser degree the electorate that put them there. 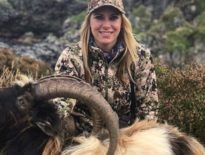 Blog Posts The ‘voices of the countryside’, rapto… 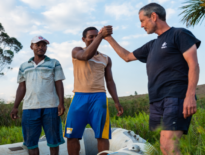