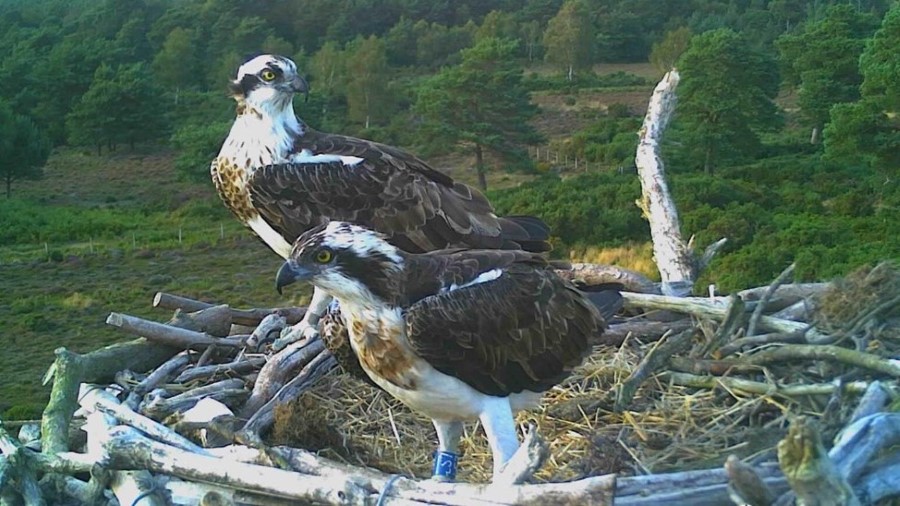 This week the Birds of Poole Harbour (BoPH) team made the quick walk along Poole harbourfront to Lush’s Dolphin Quays offices to talk about the charity and the (surprisingly) numerous projects they’re all working on.

BoPH founder Paul Morton and Liaison Officers Liv Cooper and Joe Parker gave an entertaining and zippy three-part presentation, explaining in an energised hour everything from how the group was founded and the local habitats and sites it has helped restore, to the launch of its ‘Engagement HQ’ (an, as George Clarke might put it, amazing space stuffed with TV screens and interactive displays overlooking the quay) and its flagship translocation Osprey Project.

Paul Morton began by outlining the BoPH story, which is a remarkable one actually. It begins with one ‘die-hard birder’ (Paul) approaching another (Lush co-founder Mark Constantine) about a decade ago and suggesting a group to promote Poole Harbour and celebrate its rich biodiversity. As Paul recalled, it took two years for Mark to say ‘Yes’. But it was worth the wait…

Poole Harbour, Europe’s largest natural harbour, is the perfect place for a bird-based charity to set up. It has a raft of legislative designations because of its importance to wildlife, and supports two species of nationally rare plants and one nationally rare alga, at least three Red Data Book species of invertebrate, and lots and lots of birds! Described as ‘the best and largest example in Britain of a bar-built estuary with lagoon characteristics‘, it’s a Site of Special Scientific Interest (SSSi), a Ramsar site because of its waterfowl, a Special Area of Conservation (SAC), a Special Protection Area (SPA), and an Area of Outstanding Natural Beauty (AONB).

All of which means that residents of and visitors to Poole can enjoy an almost unspoilt view of highly productive and well-protected landscapes, with open sea one way, the heathlands of Arne RSPB across the water, and the waterways and reedbeds below Lytchett to the north. The perfect place for a group of hardcore birdwatchers and wildlife fanatics to set up a charity to spend as much time going birding as possible – er, promote and celebrate its rich biodiversity…

Originally there were no plans to form a charity. The idea that the group should seek charitable status emerged as they took on more and more educational work and community outreach. BoPH formally became a charity in 2013, and – based on their expertise and experience – set about establishing good working relationships with local councils, schools, and major NGOs with existing local interests (including the RSPB, and the National Trust and Dorset Wildlife Trust both of which jointly manage Brownsea Island, an important nature reserve within the harbour itself). Importantly they also work with Dorset Police, who keep a wary eye out for wildlife criminals and helped them, for example, stop the illegal collecting of Mediterranean Gull eggs (the harbour has a large and flourishing colony of Mediterranean Gulls which was threatened by poachers stealing eggs for London restaurants).

Now, building on its guiding principle, as Joe explained as he moved into the presenter’s hot-seat, of “boosting the profile of bird conservation, preservation and observation in and around Poole Harbour“, BoPH has set up tern rafts (floating ‘islands’ for nesting terns), has helped restore local wetland areas, monitors moths, helped build new viewing points, established owl and Swift nest boxes, set up ringing stations (the group are making important discoveries about over-wintering Woodcock), offers guided nature walks, operates boat trips in the harbour, and talks to thousands of local school children every year.

They are pioneers too. Paul began recording night-flying migrant birds (at one point having keys to Corfe Castle allowing him to go in and out after dark) and discovered that Ortolan Buntings were regular seasonal migrants along this part of the south coast.

It has also just re-launched a redesigned website, and even has an app (IoS only at the moment) which can be used to record sightings and scan a network of information signs set up around the harbour.

In fact BoPH seems to be in a continuous process of launching new initiatives or creating new ways to find, record, or support the birds of Poole Harbour (overall biodiversity benefits at the same time of course). Perhaps its most visible contribution, though, is (or soon will be) returning Ospreys to the area through a translocation project with the Roy Dennis Wildlife Foundation. The Foundation are leading experts in ‘translocating’, or moving wild-caught species under licence from one area to another, and specialise in birds of prey including Ospreys and White-tailed Eagles.

Liv Cooper enthusiastically presented this section of the talk, starting with an overview of this magnificent fish-eating bird of prey. Ospreys, she told us, are breeding visitors here from West Africa, and were once widespread but were shot, trapped, and egg-collected out of most of the UK by the late 19th century. They managed to hang on in Scotland until 1916, but were finally extirpated there too. That year Ospreys were considered extinct as a British breeding bird. Almost forty years later a pair appeared at Loch Garten in Speyside, and the slow (very slow) process of recolonisation began…

Bringing Ospreys back to this part of England seems ‘the right thing to do‘ on moral grounds alone, but there are very good reasons why Poole Harbour is ideal for such a project. Firstly, Ospreys have been regularly recorded ‘staging’ or passing through Poole Harbour on migration, meaning that they know the area exists and are already using it. Secondly, the harbour is relatively shallow and full of fish making it very easy for Ospreys to catch them – and while birds of prey are very good at catching their food, if they can expend as little energy doing it all the better!

Which perhaps begs the question, why aren’t the birds breeding here already? Ospreys, it turns out, are remarkably site-faithful – which means they habitually return to where they have nested successfully before or where they were born. While young birds will wander widely checking out new areas (which is presumably what happened in Scotland and Loch Garten), with so few Ospreys in the UK the chances of unpaired birds simply finding each other and pairing up are remote.

Which is where translocation comes in. The process involves taking surplus chicks from nests in Scotland (strictly under licence and only where it will have no overall impact on the existing population) and moving them down to Poole. Here they are raised in purpose-built enclosures with minimal human contact, then released into the Harbour where they (hopefully) will remain until they have fully imprinted on the area – which (again, hopefully) means they will return two years later when they reach sexual maturity. And it’s pertinent to use the word ‘hopefully’ because as Liv explained, one-third of all young Ospreys die on their first migration as they run the gauntlet of storms at sea, drowning as they learn to catch fish, or being shot as they make their way through the killing zones of the Mediterranean.

There really are no guarantees in translocations like this, but BoPH are fantastically well-organised and passionately believe in what they’re doing. The project is entering its third year now, Paul Morton is an inspiring leader, and the team drive themselves hard (it’s rumoured that none of them sleeps from April to September – finally passing out when the ‘Poole Ospreys’ leave and head to warmer fishing grounds in The Gambia!). 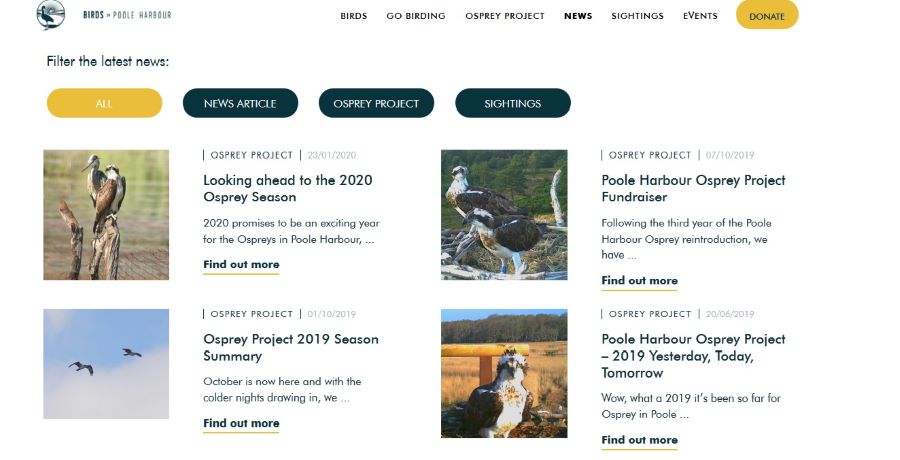 What’s as critical has been the buy-in from local Poole residents, the majority of whom had never seen an Osprey before. BoPH has been working hard to explain both the conservation and economic benefits of having Ospreys resident throughout the summer (eco-tourism brings tens of thousands of people to Speyside every year for example), and while the odd sceptical voice has been raised the Ospreys do appear to have been embraced by the town.

This was a very enjoyable talk. And before anyone accuses me of partiality, I’ll happily acknowledge that The War on Wildlife Project was devised in BoPH’s offices and that I’ve worked with Paul Morton for a number of years (in fact, Paul introduced me to Mark Constantine and Lush), but regardless of personal connections Birds of Poole Harbour proves what a small charity can achieve if the people running it really believe in what they’re doing and are smart in the way they promote themselves to the wider community. It’s been inspiring seeing firsthand how they’ve progressed from an idea to a reality, and the work they’re doing is always presented with humour and great insight. Long may they continue…

And cakes? The talks at DQ, which are mainly for Lush staff, are organised by the wonderful Christina Trotman and there are always cakes to follow the talk. Conservation and (vegan) cakes: the perfect mix? Quite probably, quite probably… 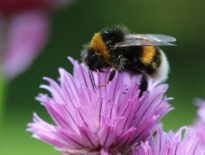 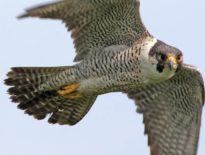