Craig Carney has started a petition to George Eustice MP> (Parliamentary Under Secretary of State for Farming, Food and the Marine Environment) asking for the Hunting Act 2004 to be strengthened.

We’ve written many times on this site about the way that fox hunts continue to expolit exemptions and loopholes in the groundbreaking Hunting Act 2004. The Act banned the hunting of wild animals with hounds, but hunts routinely get around it by claiming to be ‘trail hunting’. So-called ‘trail hunting’ didn’t exist before the Hunting Act and is clearly being used as a way to keep hunts intact while they work for the Act to be repealed.

As one part of Craig’s petition explains:

The 2018 hunting season alone saw 550 reports of illegal hunting, though these figures only represent known incidents. However, hard evidence is much more available, hundreds of videos are shared on social media that illustrate the mass scale of which this illegal sport continues to thrive in rural communities. Native mammals, such as badger, various deer species, and particularly red foxes, are actively chased to exhaustion and eventually torn apart by huge numbers of hounds at a time, all under the guise of trail hunting, which is legal. In reality, hunt organisers lay routes deliberately close to where foxes are known to reside, meaning they quickly become the subject of a hunt[…]Strengthening the existing Hunting Act is now more critical than ever to protect the UKs red foxes and our other wildlife in the midst of a biodiversity crises.

If you’d lke to support this petition please go to Change.org: Strengthen the Hunting Act 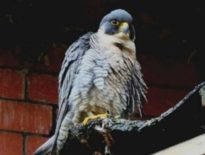 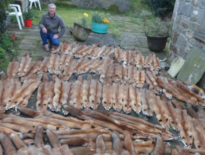