In his column in The Guardian today, conservationist and campaigner George Monbiot says we should “stop buying fish until the industry stops slaughtering dolphins“. Britain and the EU are complicit, he says, “in hundreds of deaths a year in their refusal to impose effective rules on commercial fishing“. How many people, he asks, want dolphins killed? They are, he says, “perhaps the world’s most loved wild animals. Yet, every day, dolphin killers form an orderly queue, at supermarket checkouts in the UK and around the world. If you are buying fish, and there is no clear and watertight guarantee, you are likely to be complicit in something that would revolt you“.

Absolutely. But just think about this for a minute and change a few words around. The fishing industry is not only killing dolphins (as ‘unwanted’ bycatch, a revolting word which means, in effect, in our hurry to hoover up as much marine life in as short a time and as easily as possible we don’t give much of a damn what else we kill), but is killing billions of fish every year – on purpose. Britain and the EU are complicit in destroying vast numbers of wild animals, “nature at sea”, having described them as ‘stocks’ or ‘resources’, argued over who has the ‘right’ to kill more of them than their neighbours, and then gone out and hauled them up on to the deck of a ship and allowed them to suffocate. Those orderly queues may not want dolphins dead, but they are complicit in an industry that is renowned for waste, lack of animal welfare, and an attitude to the (marine and sea-bed) environment that could best be described as ‘pillage and destruction’: that would surely ‘revolt’ them if they stopped to think about what they were actually supporting.

Dead animals by the number

No-one wants to see dolphins dead, but shouldn’t we – even just for consistency’s sake – acknowledge the truly vast numbers of the other wild animals caught every year by the fishing industry? According to a 2018 Food and Agriculture Organisation of the United Nations (FAO) Report, “world total marine catch was 79.3 million tonnes in 2016“. Figures on how many actual wild animals that represents are difficult to obtain. In reality, no-one bothers to count them as they haul them up by tonne, no-one knows how many are caught illegally, no-one knows how many die from wounds after escaping nets, and no-one has a clue how many fish are caught and thrown away dead as ‘bycatch’ – but one report made a valiant attempt in 2010 and came up with an estimate of between “0.97-2.7 trillion wild fish are caught globally each year“. (This figure is wild-caught fish, and doesn’t include the huge numbers caught and killed in fish farms each year). Imagine the outcry if the industry’s nets were taking mammals on the African savannah or penguins in the Antarctic instead, but they’re only fish aren’t they….

That same report makes another excellent point: “Measuring the animal welfare impact of fishing as the product of severity/duration/numbers, it is concluded that huge numbers of fish suffer pain and distress that is likely to be severe for significant periods of time. The suffering of wild fish caught at sea therefore represents a major animal welfare issue.” It’s one of those ‘inconvenient truths’ that many people appear happy to ignore: fish are sentient and socially aware, are capable of learning, and feel stress, fear, and pain. As long ago as 1980 the Medway Report, commissioned by the RSPCA, concluded that “It is reasonable to assume that all vertebrate animals feel pain – including fish“. In 2013, Animal Aid asked, “Does ocean fishing represent the greatest animal welfare scandal of our time?” A more recent article in Australian Geographic was titled, “Underwater and underrated: the truth behind fish intelligence“. Fish caught and raised to the surface in nets experience pressure changes and crushing, changes to the lymphatic system, and are then dumped on a deck to ‘drown’ in air or endure being frozen alive or dissected alive after landing. They may take many minutes, or even hours, to die.

George Monbiot knows all of this of course. Just last year he wrote a column titled, “Stop eating fish. It’s the only way to save the life in our seas“. Admittedly this was more of an analysis of how the fishing industry was destroying the ocean environment than a plea for us to better treat fish, but he did include the observation that “huge ships from rich nations mop up the fish surrounding poor nations…wiping out sharks, tuna, turtles, albatrosses, dolphins and much of the rest of the life of the seas“. We’re not going to second-guess Mr Monbiot’s motivation, but linking the deaths of dolphins (which everyone cares about) to the catching of billions of fish (which most people don’t care about), will probably at least cause some reflection on perhaps our most under-considered wild animals.

Let’s be honest, though, changing attitudes will be extremely hard. In terms of glassy eyes and expressionless faces, fish may have something of an image problem, and of course they are largely ‘out of sight and out of mind’. But if we’re opposed to fox hunting and shooting because of the pain and suffering it causes, the moral indignation we feel when sentient animals are ripped apart or blasted out of the sky for fun, shouldn’t we extend our compassion to billions of wild animals that are treated as if they’re little more than tins of protein or checkmarks on a quota form?

Marketing for the fishing industry ignores all of this of course. It’s largely based on images of blue seas, ‘hearty fellow’ camaraderie, and avuncular Captains with snowy-white beards. Fish are served up on white plates as abstract chunks heavily disguised in batter or swimming (irony intended) in sauces. We rarely get to see the whole animal. Even when we do it’s often served up with a knowing chuckle as the consumer wrinkles their noses at the slimy scales, staring eyes, or bony fins.

We don’t marvel at fish the way we do other wondrous wild animals. Brilliantly adapted fish like sharks – virtually unchanged for millions of years – are demonised and hunted and have suffered enormous population declines. The streamlined, sleek torpedo-shape of one of the world’s fastest fishes is crammed into a tuna can or sliced up raw. We are awestruck that tiny birds can cross continents on migration but don’t seem to appreciate that Atlantic Salmon travel over 6,000 miles before coming back home to spawn, or that the now Critically Endangered Eurasian Eel makes an enormous circular trek halfway around the world.

The truth is that fish are not just ‘stocks’ or ‘resources’, they are wild animals. They are not ‘tonnes’, they are individuals. They are not a meal or better with chips or a slice of lemon. they are living, breathing, sentient beings. And they are very much part of the war on wildlife that is ripping up our biodiversity and creating a planet that is increasingly unfit for wildlife and for us.

Tacking the war on wildlife

What’s the answer to tackling the deaths of literally billions of wild animals? Well, maybe thinking of them as wild animals would be a good place to start. If even campaigners like us don’t do that, it’s hard to see why the general public should. Consumer demand for ‘fish’ does seem unstoppable: but the livestock industry says that about farmed meat, and amidst environmental and welfare concerns our tastes are changing (slowly, but changing nonetheless).

Perhaps George Monbiot’s tangential approach to persuading consumers that more ‘likeable’ animals are dying too will be more successful than appeals to re-think our attitudes and show some love for fish, but we think that all avenues should be taken (much like the way the fight against intensive grouse shooting now looks not only at the deaths of Red Grouse, but wildlife crime, traps and snares, carbon storage, climate change, and lead shot). So we’ll write articles that are challenging and (to quote an offline comment) ‘not very nice‘ because we feel that we need to question everything and it’s vital that we rethink our relationships with all parts of the natural world. Including fish.

In other words we’ll beat the drum for our wildlife, whether it’s on moorlands, in our woodlands, flying above our cities – or swimming in our rivers, estuaries, and oceans. 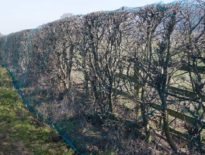 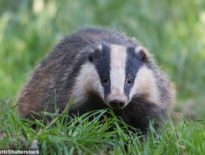