The passing in the UK of the Protection of Birds Act in 1954 gave – for the first time – comprehensive protection in law to wild birds, their nests, and their eggs. It replaced a mish-mash of numerous earlier Acts (that had still allowed egg-collecting for example) and made clear that it was illegal to “intentionally take, damage or destroy the nest of any wild bird while it is in use or being built”. Amendments in 1964 and 1967 extended that protection and added extra protection to nesting birds on Schedule 1. The Wildlife and Countryside Act of 1981 repealed the previous Acts and bundlled them into a stronger law fit for the late 20th century and aligning the UK with EU-wide legislation.

When it comes to wildlife, the people who steered these protections through parliament were extremely far-sighted. They saw problems and worked incredibly hard to get solutions. However, It’s unlikely that even politicians as far-sighted as these ever imagined that one day developers would look at the laws they’d spent years working on and instead of thinking, Yes, we must protect nesting wild birds, thought to themselves, Hmm, if we can stop birds nesting we can pretty much do any work we want without the law being able to touch us.

But incredibly that’s what is happening, and the reason for the birth of the #NestsNotNets movement.

Why nests matter so much

Before we get to that movement, though, some context. The UK is one of the most nature-depleted countries in the world. Not just ‘in Europe’, but the world. According to the State of Nature Report 2019, put together using wildlife data from a group of 50 conservation organisations, 41% of the UK’s species have declined since 1970. We are losing our biodiversity at a frightening rate. Rosie Hails, Nature and Science Director at the National Trust wrote in the Report that, “The UK’s wildlife is in serious trouble. We are now at a crossroads when we need to pull together with actions rather than words to stop and reverse the decline of those species at risk as well as protecting and creating new habitats in which they can thrive“.

There are numerous reasons why wildlife disappears from an area of course, but habitat loss is a key driver of decline. If a species can’t breed and produce young, it will die out. Remove a habitat or restrict access to it, damage nesting sites or young, then inevitably individual animals and plants will lose out. Always. Every time. It’s not rocket science.

The laws we mentioned above recognise that. Birds don’t have a rigidly set nesting season (they will react to local conditions like an early spring, for example), but in terms of nesting birds and the law it’s advised that from 1st March to the end of August gardeners, tree surgeons, farmers etc should restrict or stop work that could damage or destroy birds’ nests.

The same of course applies to developers. Developers that might, for example, want to tear out a hedge or remove some trees so that (somewhat ironically) they can get on and build new habitats for human beings. Both hedges and trees are important habitats for birds, increasingly so considering that since the mid 20th century around 50 per cent of hedgerows have gone in some parts of the country (while others are so badly managed that their value to wildlife is much reduced) and only 13% of the UK’s total land area is covered in trees (compared with an average elsewhere in the EU of about 35%).

But what the heck. There is money to be made and developments to be got on with. You just can’t let a little thing like nature-depletion, biodiversity loss, habitat loss, pulling together, or the law get in the way of progress, can you?

We would say, yes you can, that wild birds must be allowed to nest, of course, but that’s not what some developers think. Instead, with an attitude that epitomises a culture that knows the cost of everything but the value of nothing, they appear to be thinking, Hey, I’ve had a thought – if the birds can’t get access to build anything then there’ll be no nests or eggs for us to damage or destroy. So how about we throw miles of netting over miles of hedgerows or drape them over trees and keep the little ****** out…?

That (or something like it, we’re not claiming that’s a direct quote) presumably seemed like a relatively simple way to sidestep inconvenient legislation in place for well over half a century.

Sidestepping by, for example, flinging nets over trees on Cambridge University land earlier this spring before the local birds could do something daft like – er, use them to nest in. Which was certainly the case, given that a university spokesperson was quoted saying the nets were added “to discourage birds from nesting” during building work. They might just as well have added, Morally, yeah, it’s a bit dubious, but the law is the law – and besides we didn’t think anyone would ever notice…

But while it’s not illegal (morally reprehensible but not illegal) an awful lot of people and campaigners have noticed: just ask the University, who made a grovelling apology and removed their nets after pressure from the likes of Chris Packham.

And what’s more they’re doing something about it.

Campaigners like the wonderful Maggie Wilcox, on Twitter as @NorfolkBea, who led the fight to get nets removed that were blocking access to a Sand Martin colony in Norfolk last year (and for which she won Birdwatch’s ‘Birder’s Choice’ Local Hero of the Year 2020). Like Lizzy Williams, who founded the stop HS2 movement, created the #NestsNotNets hashtag, and is on twitter as @NetsNot and regularly tweets about netting on hedges and trees. And like Stewart Abbott, on Twitter as birdman1066, a self-described ‘ordinary birder’ who travels at his own expense to make videos of nets, has been promoting an interactive google map showing the location of nets on hedges and trees (using the #MapofShame), and is currently spearheading a battle to remove an appalling piece of netting thrown over a long hedge at the entrance to the Mount Grace Priory in Northallerton, North Yorkshire (the hedge in our header image).

Take a look at photos of the hedge that Stewart and others (like Wildlife Rebellion) have now sent all over social media, and remember that Mount Grace Priory is owned by English Heritage, a conservation body. They have said (in an online response to Stewart) that because the hedge isn’t strictly on their land (the entrance to it, but not on it) they can’t do anything. That it’s all to do with Highways England who are busy ripping out hedges (in the Spring) to apparently improve ‘driver’s visibility’ along that stretch of road. How’s that for a great attitude. Hasn’t either of these bodies read the State of Nature Report? Do they not know about biodiversity loss?

Of course they do, but developments and human convenience will always come first…heaven forbid the onus should be put on people who may be driving tons of metal around the place without due care and attention, just get rid of the natural habitat instead.

What can we do

No doubt more examples of this type of blatant disregard for wildlife will crop up this year. And no doubt more wildlife heroes will step forward and do their best to fight back. We all need to do what we can to stop this proliferation of legal side-stepping though. The cumulative effect of a nest lost here or there, a tree or hedge or a sand bank blocked off in road after road, field after field, new build after new build, is huge. We do not have an abundance of wildlife thriving in a green and pleasant land. Our wildlife needs every opportunity to raise a family that they can get.

So please find out more about the issue, explain why it matters to friends and your own family, follow the people we’ve noted in this article and use the hashtags #NestNotNets and #NetsDownForNature wherever relevant. Write to the newspapers, make a fuss, speak out. For our part we’ll post more information when we get it. And if you’d like to write an article or a blog for us, just let us know… 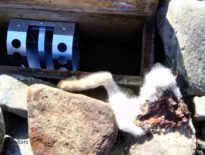 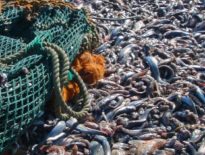