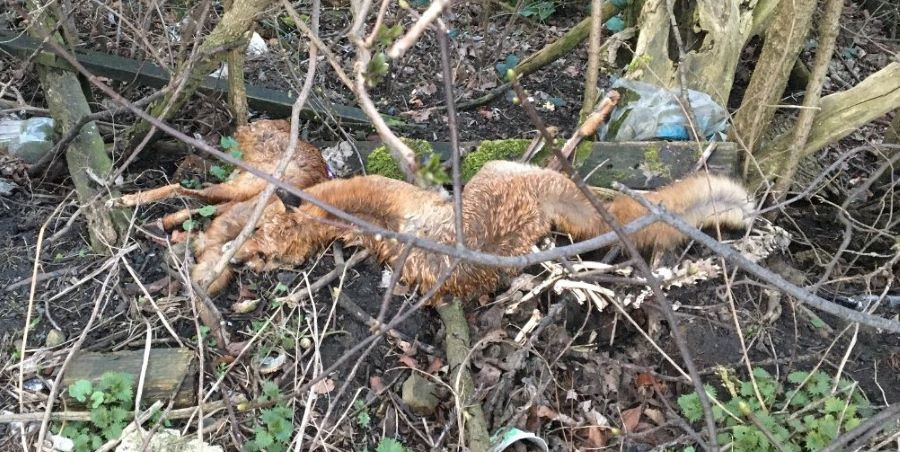 What do you call leaving fourteen foxes dead alongside the road? That all depends on who you are of course. If you’re the sort of compassionate human being that societies should be built upon, you would call it something like the barbaric, disprespectful treatment of sentient beings. If you’re one of our laughably self-serving ‘countryside managers’ you probably wouldn’t. You might perhaps say something insensitive and out of kilter with the rest of humanity like, ‘It’s just taking the trash out, get over it…’

We’re asking of course because this very scenario arose recently. Images of the corpses of dead foxes ‘callously dumped, and strewn along the road side in various states of decomposition‘ appeared on the twitter feed of Wildlife Crime Officer and Ward PC for Kirkburton/Denby Dale Caroline Newsome, PC Newsome had found the animals in the Gomersal area of Kirklees and had reacted just as most of us would: with shock and disgust.

The responses to Ms Newsome’s tweet reflected that. As of writing there had been 316 retweets and more than 120 replies. The overwhelming reaction was sadness and anger. Most wanted her to catch whoever had done this and bring them to justice. To do something and do it as quickly as possible…

What follows in this post has not been endorsed by or necessarily reflects the views of PC Newsome, but unfortunately, we think that there is actually almost nothing that she can do. That’s not a criticism of Caroline Newsome or the police – it’s a reflection of the fact that foxes have barely any protection in law. They have been demonised for hundreds of years. They are routinely called ‘vermin’ or ‘pests’ by shooting estates and their hired hands, by farmers, by politicians, and by sections of the mainstream press.

Take a different view of foxes, and you can expect to be roasted on social media. When Mayor of London, Boris Johnson was quoted saying of urban foxes that, “They may appear cuddly and romantic but foxes are also a pest and a menace, particularly in our cities“, his thinking echoed how many in the anti-fox camp like to portray the people who stand up for foxes: as romantics who don’t understand the country, who have a ‘Disneyfied’ view of ‘cuddly’ wildlife, soppy treehuggers who just don’t get how ruthless a fox is. Have you ever seen a fox go through a flock of chickens they ask* (while not pointing out that some 108.9 MILLION poultry were slaughtered for our consumption in just ONE MONTH in 2018)?

This is rubbish. The campaigners and activists I know don’t have a rosy view of the fox, they have a realistic one. Many of them live in the countryside and see foxes every day. They know foxes for what they are: predators, scavengers, and very efficient killers (just like us of course). But they also see foxes as beautiful, well-adapted, intelligent wild animals. Playful and curious. Caring parents. Animals that are part of healthy, functioning ecosystems (something that can’t always be said of us, frankly).

Yes, urban foxes (by definition) are found in towns and cities and will come into gardens (built on the very land that foxes once occupied). They can become almost friendly – sometimes too friendly. But it’s how we respond to foxes that determine that. The photographer Richard Bowler has taken some wonderful photographs of the foxes that come to his garden, but like everyone else who understands foxes, he doesn’t forget these are still wild animals. Of course they will defend themselves if they feel threatened (we do, it’s a natural response to danger whether perceived or real). Of course individual foxes behave differently to other individuals (just like us). Of course they will hunt out scraps of food – our rubbish – if we don’t secure or dispose of them properly.

There is no ridiculous Disneyfication going on at all. What we in the pro-wildlife camp won’t do, though, is to stand by while any species of animal is vilified. Particularly when they’re being vilified by an industry that is built entirely on killing wild animals so that they can sell other animals to be shot as live targets. The same industry that releases over 50 million pheasants a year into a countryside that is increasingly empty of prey items, that in effect is feeding the very foxes that they claim are a ‘problem’ and need to be ‘controlled’ or ‘managed’. The same industry that packs as many grouse into as small a space as possible then complains when predators find those grouse before estate owners can – again – sell them off to be slaughtered for fun (something we accuse foxes of without any hint of irony).

Circling back to those images, let’s look at what PC Newsome can actually do. While we can’t say whether these animals were killed by a farmer, a gamekeeper, or a psychopath with a grudge against wildlife – the fact is that because of the way foxes have been demonised, it’s likely that no crime was committed when they were being killed. There may have been unnecessary pain and suffering caused (which is illegal under certain circumstances but extremely hard to prove), but given that our governments see fit to allow cage trapping and snaring of foxes and allow foxes to be shot without even the bother of printing an online licence (the government simply says that ‘You can shoot free foxes using a suitable firearm and ammunition‘ – with the afterthought that “You shouldn’t use firearms in urban areas for reasons of public safety“), it’s extremely unlikely that – even if they were able to find the individual concerned – any case could be brought. The truth is that if you or I decide we want to go and kill this particular native wild animal, provided we don’t put the public in any danger and we have the landowner’s permission, while the law won’t quite pat us on the back it won’t put much of a restraining hand on our shoulder either.

So what can we do about all this? There’s supporting organisations and groups that work towards better animal welfare and legislation of course. Working together, keeping our eyes open, having faith in excellent police officers like Caroline Newsome. But perhaps above all, we can keep on doing what so very many of us are doing: telling the truth. Be angry when we need to be, calm and measured when that would work best, but tell the truth. Challenge the status quo, the perceived wisdom, the assertions stated as facts, the myths and downright lies told about foxes and other predators.

In our opinion, we will never change the minds of the fox-hating so-called ‘countryside experts’, but we can talk to the millions of people who have no idea of the way foxes are treated or the lack of protection they have in law. No-one without a vested interest thinks wild animals should be persecuted, most will be shocked, upset, and angry, That’s where the change our wildlife desperately needs will come from. 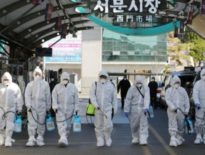