Guest post by Derbyshire Against The Cull, a coalition of angry Derby locals opposed to the mass murder of badgers.

It’s spring 2018 and the list of applications of interest for the 2019 badger cull has been released. Derbyshire is one of many counties on the list for the first time. Phone calls were already being made, messages sent and meetings arranged. The campaign unfolded over the next two years, reaching a climax in late summer 2019 when, with cages on the ground in the county and the killing ready to begin, a government directive was released stating the first year of culling in Derbyshire was to be put on hold until 2020.

This reprieve for the badgers released the pressure on people involved in resisting the Derbyshire zone, but brought forward interesting opinions from local vets and resulted in the National Farmers Union (NFU) pushing for a judicial review which has just taken place in April 2020.

We are currently awaiting the verdict in the latest chapter of the Derbyshire cull campaign.

In 2018 the expected Derbyshire cull zone was, and still is, vast. This was the sixth year of culling, so there were a good number of experienced people working on researching and surveying the new zone. Though with ten new zone roll outs expected annually, at this point (and for many years to come) recruitment of new people was vital to helping Derbyshire’s badgers.

Derbyshire is not the first county with a badger vaccination programme to be faced with a cull. While land signed up to vaccination is unlikely to also allow culling, it does not prevent any surrounding landowners from targeting vaccinated badgers, meaning there is little room for complacency around getting active in the expected cull zone.

From 2018, work started on building a local network of people who were willing to check setts, carry out night-time patrols, design leaflets, raise funds and everything else that goes into an anti-cull campaign, all alongside those who were already experienced in opposing badger culls. It had worked for other zones, so why wouldn’t it in Derbyshire?!

Thankfully, it is a much visited county with a few fairly urban areas close to or within the cull zone, making it feel a lot less remote than other zones and bringing forward a ready supply of volunteers. Following the lead of other local cull campaigns, public sett survey training days and meetings were held to actively involve people with varying degrees of knowledge.

Campaigns against shooting-estate-come-tourist-destinations Chatsworth and Haddon Hall, as well as in Derby city centre, also helped to get the word out. Some were happy to simply join in, while others told their friends and formed their own local groups to work alongside other hunt sabs, wildlife enthusiasts and green campaigners in a bid to survey the zone as thoroughly as possible and be ready to protect badgers when the time came. In 2019 on the cusp of action beginning, with almost brand new badger activists getting together with their new groups and developing knowledge of their areas, the cull was cancelled for a year.

Some campaigners were given space to breathe, while others headed to newly active zones.

With the Chatsworth Estate owning a large amount of land in Derbyshire and Staffordshire, it would have been rude not ask them to ban culling badgers on their land: almost 20,000 people have done so to date! A march was held on their land in 2018 and was met very politely by Chatsworth staff, who allowed pictures to be taken and answered questions. Though the staff didn’t give away much, it came through the grapevine that the estate wouldn’t cull, but would leave the decision to their tenant farmers. If this is true, it’s certainly a victory!

In 2019 the attention was turned to Haddon Hall, also a large landowner within the cull zone. The short campaign drew in more numbers as well as helping keep the cause in the local press (see header image above) – which can only be good! Rather than battling with having to introduce, for example, the misdeeds of a largely unknown estate to local wildlife lovers, the fact that both Chatsworth and Haddon are tourist destinations certainly helped to raise the profile of the Derbyshire zone.

The houses also both reside on shooting estates, which was useful for connecting the badger cull with shooting-related wildlife issues. Shooting estates have always played a large role in badger culling. While they may have little to no issue with bTB, badgers are seen as chick snatching pests by gamekeepers, who want to rear as many pheasant and partridge as possible and ensure large numbers can be shot by paying customers. Some local people were shocked by the mis-management of what they saw as their local areas and took the issues around shooting estates back to local green groups.

The cancellation of the 2019 cull

The thought of culling coming to a county with a successful, influential vaccination programme turned many against the idea of culling. There was disbelief that the mass killing initiative was on the cards in a county that was assumed by many to be the safest.

The reprieve from culling was to allow further research into the effects of vaccination, rather than wiping out badgers that had been vaccinated (not that this would be the first cull zone where such a thing had happened). When the directive against the 2019 cull was published, the success of the vaccination programme was quoted as the reason for the last-minute decision. The press speculated that the close links of Carrie Symonds, Boris Johnson’s partner, to Dominic Dyer of the Badger Trust was the cause for the suspension of the cull license. It was also pointed out by some that exposure by anti-cull activists of key training courses for pro cull farmers may have tipped the balance and helped cancel the cull for a year.

But why would the National Farmers Union want to take the government to court because thousands of badgers were saved from being shot in 2019?

The NFU put thousands of pounds a year into funding the badger cull, as well as helping cull companies to get the required 90% of land signed up for a cull zone. The cull companies are formed by local business people, usually dairy farmers, with an interest in controlling the badger population; a director of one of the two original cull zones was a property developer. These companies are responsible for providing equipment (cages, peanuts, thermal imaging scopes) hosting meetings and training sessions, such as those exposed by activists in Devon and Derbyshire last year, for the cull to be carried out.

Farmers who want to cull also have to pay to include their land in the scheme. This all means a lot of money had been spent on culling badgers in Derbyshire before the cull license was withdrawn, resulting in the NFU spending more money on a judicial review, potentially to try and claim money back. However, T&G Stone, the company responsible for the Derbyshire cull, did continue their operations in Staffordshire. This 289 square km area was always intended to be part of the Derbyshire zone. It managed to continue as it lay just south of the River Dove, extending to Uttoxeter, Burton on Trent and the River Trent. Cull zones are named after their main constituent county, which allowed T&G Stone to operate at a reduced capacity.

The seven weeks of the 2019 cull dragged on. Peanut suppliers and key cull infrastructure were exposed nationwide and some key players in T&G Stone remained active. A few weeks after the end of the cull on 6th November 2019, a letter was published in the Derby Telegraph, signed by nine Derbyshire vets expressing their dismay at the cull’s delay and pushing their support for culling badgers. The idea of vets supporting the mass killing of animals is absurd to many, though it must be remembered that many of these vets are called to look after animals destined for slaughter, or to be used for profit, which fits the pro-cull agenda perfectly. It is not uncommon for vets to be in favour of culling; one director of LV1000, a company which began culling in northeastern Staffordshire in 2019, was a vet called Emma Trueman of Moorland Veterinary Clinic (Leek), who recently stepped down from her position as cull director due to negative online publicity.

However, these vets aren’t the only ones to comment on the badger cull. In 2018, leading vets accused government departments of cherry-picking statistics regarding the effectiveness of culling. The British Veterinary Association condemned cull practices on the basis that they are inhumane; a claim that will be difficult to refute, as by the government’s own statistics independent monitoring of the culls is now lower than ever. With expert advice continually ignored, it seemed as though the culls would simply go on forever.

A recent development in the nationwide ‘badger control programme’ was the announcement in March 2020 that the badger cull would be ‘phased out’ and development of a cattle vaccine sped up.

Though it seems culling will not be stopping for a number of years, due to eighteen counties applying for licenses in the next two years and a promise that new zones can still form, this is certainly good news and a sign that the culls may end before they are halfway through the 25 year plan.

The exact reasons for the sudden announcement are unknown; however, a month later, the kill totals were released. The total number of badgers killed nationwide, though still awful, was almost half as many as the quoted target (34,000 instead of the quoted 64,000) with 9 out 40 zones failing to reach their targets within the allotted six week period. On top of this 19 out of 40 non-supplementary cull zones failed to reach their targets! Of course, these figures wouldn’t be the reason why the kill totals were released over three months later than usual. It seems the policy may be running out of steam.

Despite the seemingly good news about the culls ending, campaigners are still preparing as best they can to help prevent a further ‘phasing out’ of badgers in 2020. Unfortunately, due to the current Covid-19 lockdown, sett surveying capabilities are drastically reduced at the most suitable time of year. Another march was planned in the Bakewell area, to kick start the 2020 cull campaign, though the current situation meant it had to be postponed. However, heads were put together and an online weekend of action was hosted instead. We can still work on maintaining contact with those who have got involved in the last few years and be ready to help Derbyshire’s badgers when the time comes. 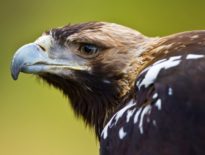 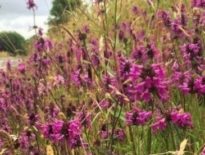