This spring Chatsworth House have been permitted to put up bird netting to stop swifts, swallows and martins pooing on their statues. 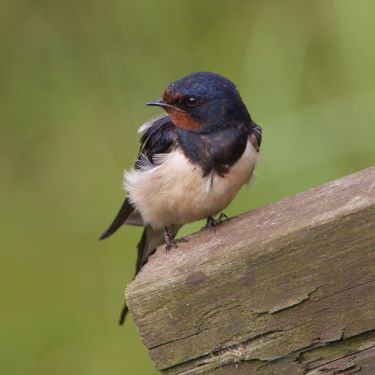 Swallows are visitors to Chatsworth House, migrating up to 6,000 miles from South Africa, often flying across the Sahara Desert to nest in the same place each year. They are summer visitors and have a short timeframe to breed in, and it is entirely possible that many of these birds won’t manage to find an appropriate alternative leading to nest failures and even adult deaths.

Instead of supporting the declining population, Chatsworth could in fact be contributing to their further decline.

Peregrine Cavendish, the 12th Duke of Devonshire, and his Estate Trust, have battled to be allowed to put up netting to stop these summer visitors nesting in their statues. Their grade 1 Listed building, has been there for 460 years, potentially providing a summer home to 83 generations of swallows, and 16 generations of the Cavendish family themselves.

Swifts, swallows and martins have become the losers in a battle of two groups of conservationists. The Peak Park Authority have had to choose between the requests of the Chatsworth House Trust (a registered charity funded by admission fees and rent paid to them by the Duke and Duchess of Devonshire) to net their sculptures, and wildlife conservation groups who wished to support the birds by preserving their nesting sites. 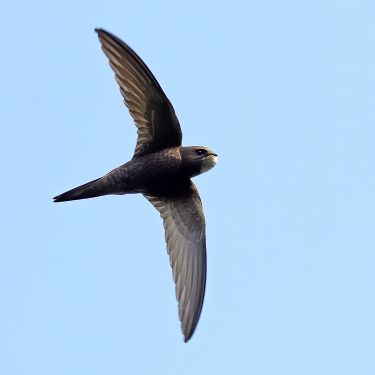 The listed status of the building has overridden the protected status of swifts and martins, who are themselves on the UK amber list, with a lack of breeding sites quoted by the RSPB as one of the causes for their declining numbers.

Swifts have seen a 57% decrease in breeding numbers, with house martins seeing a 47% decrease in population as a whole. Swallow numbers have been reducing for years, with climate change and declining insect numbers often given as the main reasons.

However, the Chatsworth House Trust summed it up by saying, ‘The proposed netting is a discrete system which is a justifiable preventative measure for use in the protection of high level stonework in the proposed locations.’

Suggestions have been made to support both groups of conservationists’ concerns, by creating alternative nesting sites nearby. The Trust have added 12 new swallow nesting cups, and three new double swift boxes.

However the Trust stated that, ‘These nesting sites result in faeces being deposited, not only on the cleaned and conserved stonework and sculpture, gilding and decoration, but also on the furnished balconies and terraces used by the family. Cars and stone paving around the house are also affected.’

The Peak District National Park Authority said themselves that the proposals could result in the loss of existing habitat for birds such as swallows and swifts, but granted the licences anyway, explaining, ‘This approval and the related mitigation conditions, followed an independent survey carried out by ecological consultants (Penny Anderson Associates). The survey identified the location of nests potentially used by swallows in previous breeding seasons (a maximum of 11 nests).’

Penny has previously come under extensive criticism from moorland regeneration experts due to her enthusiasm for maintaining the current grouse and grazing culture on moorland in the Peak National Park. Grouse moor management is criticised as creating a monoculture, with huge areas of the Peak Park and the UK’s uplands in general given over to it. The heather burning, to allow regeneration of new shoots for young grouse to feed on, damages the essential carbon storing blanket of peat, as well as destroying a valuable habitat. It also contributes to higher flood peaks. Some moorland managers have stopped burning in the recent Covid-19 crisis to alleviate pressure on emergency services when burns get out of control. The much-criticised Blacka Moor Grazing Impact Assessment was commissioned by Sheffield Wildlife Trust from Penny Anderson Associates in 2006. It unsurprisingly delivered the expected justification for the grazing strategy at Blacka Moor to continue, instead of tree planting or rewilding restoration. Her company was also instrumental in the protested deforestation of Gib Tor, Staffordshire. 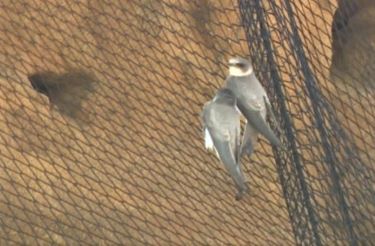 Almost exactly a year ago North Norfolk District Council were forced to remove excessive netting from cliffs at Bacton when local demonstrations highlighted the issue, leading to national outrage at the excessive netting. The nets had been put up to stop sand martins returning to their homes in the cliffs.

Property developers also came under scrutiny last year when nets were used to stop birds nesting in hedges and trees due for clearing. Developers are not permitted to clear hedges in nesting season, so netting is seen as a way to avoid delays to building projects, as with the netting up, birds can’t nest and hedges can be cleared. The Derbyshire Wildlife Trust, took down nets from hedgerows near a nature reserve in Wingerworth, last year after discussions with the developer. The Trust also persuaded developers to remove netting from 600 metres of hedgerow which was due to be torn out to build an estate north of Chesterfield.

Chatsworth House is one of the most visited tourist reliant businesses in the Peak District, with 605,399 visitors recorded in 2018. They have, in recent years come under public pressure, and several boycott calls from wildlife groups. Their planned involvement in the Derbyshire badger cull was exposed in 2018, with a demo held outside the house, and a petition signed by over 19,000 people asking Chatsworth  not to take part in culling. Chatsworth have also recently been criticised by the anti-hunting community, when a fox was killed by the Barlow Hunt just after they hunted around Swiss Cottage, a popular attraction on the Estate. A hunting ban came into force in 2005, making it illegal to hunt a fox with a pack of dogs, in England and Wales: however the Duke told the BBC in 2002 that he would allow fox hunting on his land even if it broke the law. The Chatsworth Estate now hosts both the Barlow and Hight Peak Hunts.

The concern for nesting birds has sparked a campaign to contact the Chatsworth House Trust and complain about the netting. The Trust has now disabled their public review section on Facebook, but a few email replies from the Trust have been published and are slightly at odds with the Duke’s 2002 views.

‘The Chatsworth Estate contains a spectacular range of biodiversity, and we continue to work with partners to preserve our natural heritage and support wildlife, as we have for generations.’

Chatsworth’s history is actually well-rooted in wildlife ‘management’, with the first building for the Cavendish family being the hunting tower, still standing on the hill above the main house. It continues its tradition as a major shooting estate, with herds of fallow and red deer seen in the parkland and in the farm shop. The estate’s pheasant population is maintained for shooting (The Field magazine listed the estate in its top 50 best shoots in 2015). Steven Read, the head gamekeeper, is employed to keep down the numbers of native predators, such as stoat, fox, and corvids, to allow introduced pheasant populations to thrive, so they can be shot by high paying shooting parties, some of which are put up in guest room within the house itself. Chatsworth also plays host to game fairs and ‘country sports’ days.

Chatsworth House has just completed a £32million renovation project, which included having its statues cleaned. In lockdown, when only ‘essential work’ is advised to be undertaken the decision to continue work with the delicate process of netting these high up statues brings Chatsworth House’s attitude towards safe management during the Covid-19 pandemic into question.

There is other evidence of organisations using the cover of this pandemic to undertake questionable work, the high-speed railway (HS2) development being the most widely noted example. HS2 construction work has been criticised for continuing, despite being non-essential, and for deliberately using the cover of the lockdown to mean less press coverage and fewer protestors at ancient woodland sites such as Crackly Woods and Broadwell Woods on the HS2 route.

Maintaining the statues at Chatsworth has come at the price of historic breeding grounds for some of our summer visiting birds. Though the mitigation measure of the 12 nesting cups has been put in place to replace the statues as nesting grounds, we do not know how effective this will be. It is interesting to see how the process is managed, with the Peak Park having the authority to grant or deny the licence, and them in turn advised by an ‘independent ecologist’ chosen and paid for by the Chatsworth House Trust. However with Chatsworth reliant on visitor fees and their history of wildlife destruction, it seems fair to question the findings of Penny Anderson Associates, and difficult to believe that the nesting cups and boxes are anything more than a PR exercise.

In the context of Covid-19 as many people’s lives are changing is it time to reconsider our priorities, to look again at what is valuable to us or what we deem essential, especially when we are currently facing a biodiversity and climate crisis? 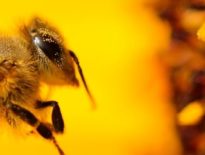 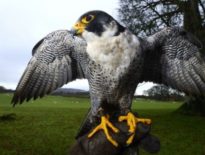