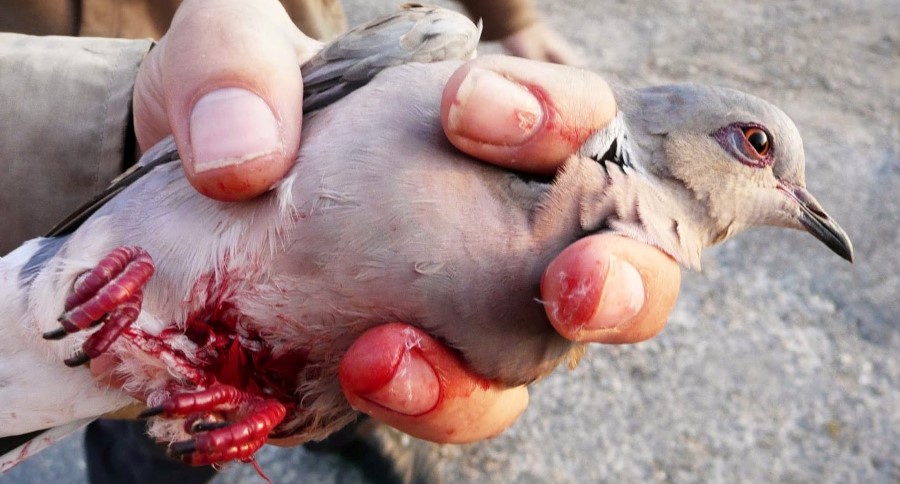 Malta. For some a small, fiercely independent island in the Mediterranean with a rich culture and a proud population. To others a holiday destination that offers sun, sea, and sand. For yet more of us, it’s ‘that place where migrant birds die‘, a seemingly lawless rock where shooting Turtle Doves, Quail, and Honey Buzzards is a vile, outdated hobby practiced by a thuggish minority supported by yet another bunch of trigger-happy hunting lobbyists who think that ‘tradition’ outweighs international conservation concerns, EU law, and the right to life of species that simply can’t survive yet another pressure inflicted upon them by us humans…

As you might expect, the truth is a mix of all the above. Malta is indeed a fiercely independent nation (the entire population were awarded the George Cross on April 15, 1942 after withstanding an intense bombardment by first Italian then German planes). Tourism is important accounting for 27% of the country’s GDP, and in 2018 Malta welcomed a record 2.6 million visitors from across the globe, reflecting an increase of 14.3% over the previous year (2020 will likely see a dip, but if lockdown measures are relaxed by the summer maybe not by too much). And of course Malta has been a byword for illegal hunting of spring migrants for decades. That the country gave itself derogations to effectively supersede the European laws protecting birds (with a particular emphasis on protecting birds migrating to breeding areas) allowing its hunters to kill declining species before they’ve even had a chance to reproduce has been especially galling.

Not everyone on Malta hunts birds of course. Traditionally many more did, seeing the arrival of huge numbers of fattened Turtle Doves and Quails in the Spring as an important food source after winter, but like everywhere else in Europe, Malta has supermarkets and imports food by the container load (which admittedly is hardly sustainable either, but that’s for another blog). In fact, many Maltese are sickened by the slaughter too, and a referendum on banning spring hunting in 2015 was lost by less than 1% on a voter turnout of almost 75%. The then Prime Minister, Joseph Muscat, announced that the spring hunting season would open on 14 April but warned hunters to be careful, saying they were being given a ‘final chance’ and no abuse would be tolerated.

That year relatively few birds were shot illegally. I visited Malta just before the referendum took place, and local monitors from both BirdLife Malta and Committee Against Bird Slaughter (CABS) said that it was obvious that hunters were on their best behaviour hoping to swing voters their way.

Five years is a long time to fake an attitude of saintliness though, and we now find ourselves back to the crazy days of illegality, stupidity, and blatant disregard for the law, as the tweet below from CABS demonstrates:

The Times of Malta article the tweet references says that the final spring hunting season toll brings the total of illegally shot birds for 2020 up to 66. BirdLife Malta says that at this rate, 2020 might end up the worst year in the past eight years. In 2019, the police recovered 99 shot birds.

The numbers aren’t huge (and Malta’s hunting lobbyists often gleefully point conservationists to the massive slaughter of birds and wildlife on shooting estates in the UK) but they don’t represent the actual total of, course, and many of the birds that are targeted on Malta, especially eagles and storks, are declining internationally and are fully protected by law. This so-called ‘season’ took place during the Covid-19 lockdown, monitors couldn’t be everywhere at once anyway, and just as here in the UK many cases of illegal killings will be missed.

What can we do about it?

The news coming out of Malta has prompted the same questions to be asked that have been asked for many, many years: what can we do about it? The answers have been rehearsed for years also, but let’s look at them again.

How about we organise a tourist boycott of Malta? That would cost the economy and influence local politicians, goes the thinking. A ‘boycott’ is often the first weapon in the armoury that is reached for, but do they work? Successful boycotts depend on multiple factors: the numbers taking part, the potential impact, local buy-in, and the ‘ask’ (the alternative promised to take the threat of boycott away).

The unfortunate truth has always been that far too few birders go to Malta to make much of a dent in its tourist economy. Of the 2.6 million tourists in 2018, few of them came for ecotourism reasons. Birders have long avoided Malta because of its reputation anyway (while, it has to be said, ignoring the killings – sometimes of both birds and people – taking place in other popular birding destinations they do visit). A few more not coming would make a negligible difference and without leverage we have no ‘ask’. Besides, stay at home and no-one (hunters included) ‘know’ that you’re on a boycott anyway.

More importantly, though, BirdLife Malta has always opposed a boycott, saying even as long ago as 2008 that they have “encouraged and supported birdwatchers and eco-tourists to visit the Maltese islands” instead. That’s admirable but difficult to do when hunters make it plain that we’re not welcome in areas they want to shoot and gunshots are regularly heard. The best locations for birds on Malta (the headlands and woodlands) are attractive to birders for the same reasons hunters swarm them in the spring – tired birds are found there. Of course, hunters don’t represent Malta any more than grouse shooters represent Scotland, but it’s difficult to disentangle the two when the space we all operate in is so small.

How about we contact the EU, demand they do something to make Malta protect wildlife? British readers may want to sigh into their cuppas now because our government really hasn’t shown a huge level of proactivity when it comes to getting members to stick to EU legislation, and after this year – well, we’re not going to have much in the way of influence are we…. Besides which, when it comes to respecting for example the Wildlife and Countryside Act or the EU’s Birds and Habitat Directives, our own record isn’t exactly stellar (as Wild Justice is consistently proving).

An important part of effective legislation anyway is of course enforcement, but Malta’s government underfunds local police and enforcement officers, and some officers are hunters themselves anyway (a memorable report in 2019 by Mongabay included the quote that, “This reporter contacted the Wild Bird Regulation Unit (WBRU), the government agency responsible for implementing conservation and sustainable-hunting policies, but was told that the agency’s acting head, Richard Lea, was away for several weeks because he was himself trapping birds under the legal derogation“).

Let’s do something positive instead

So is there something positive we can do? Yes. Support the organisations that are working on the ground. They are the ones marshalling opinion, lobbying politicians, talking to local people and local schoolchildren, and keeping the information flowing out to the rest of us.

One way to support them is to volunteer as a monitor. Putting bodies in the field is a fantastic way to help. Volunteering for either BirdLife Malta or CABS seems daunting, but training is given, no-one is ever deliberately put in harm’s way, and I was made especially welcome as having a birder with reasonable identification skills on each team that is sent out is invaluable. It’s not for everyone, but if you can go then contact the organisations and find out if they need you.

Of course we can help both BirdLife Malta or CABS without even leaving our sofas. Not everyone will agree with this, but the best way to make a difference (in my opinion anyway) is to become a member. Financial support for these small groups makes a significant difference. It enables them to pay staff, produce reports, make school visits, run camps, and fund campaigns. International members show local people that the world cares, and that matters too.

It’s not as ‘sexy’ as a boycott, it doesn’t feel as ‘activismy’ as bombarding the EU with emails, but – certainly in this case anyway – it’s probably the most effective thing we can do.

3 thoughts on “What do we do with a problem like Malta?”

What do we do with a prob… 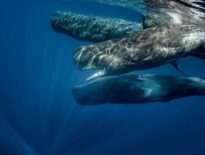 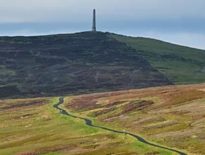