Last week we published a podcast with Philippa Brakes on ‘Animal Culture and Conservation‘. Philippa is a Research Fellow at Whale and Dolphin Conservation, and in the text to promote the interview we quoted from two articles that she had co-written which both broadly looked at how animal culture needed to be taken into account when considering their conservation.

The first included the striking sentence “most profoundly, culture can play a causal role in establishing and maintaining distinct evolutionary trajectories”. The second said that “If we consider that knowledge may be as vital a currency as genes for some social species, maintaining the diversity of non-human intangible cultural heritage may be as important for some marine mammals as it is for humans”.

Those are huge ideas. Holding and sharing knowledge (in extremely simple terms, passing on ‘how to survive’) may be as important as genes (crucial to how all of us adapt to changing environmental conditions) for maintaining diversity (considered essential for long-term survival). Culture (again in simple terms, think of behaviour as ‘what we do‘ and culture as ‘the way we do it‘) can have a role to play in the course of a species’ evolution.

And of course those aren’t the only ideas discussed in either the article or the podcast. Social learning it turns out is ubiquitous amongst vertebrate taxa, which make sense as if it’s useful to us humans, and we humans have evolved on the same planet from the same descendants as the animals all around us, then how could it not be useful to them as well? The loss of older (knowledgeable) individuals within populations can lead to the loss of knowing migration routes, for example, where the best feeding areas are, or an understanding of roles within family groups. Philippa even suggests that UNESCO (the organisation that lists World Heritage Sites) should be asked to look at listing sites essential to preserving non-human animal culture as well as those essential to preserving human culture.

If Philippa and her colleagues are correct (spoiler alert: I’m convinced that they are), then, for example, whaling and hunting’s deliberate targeting of the largest (usually the oldest and most mature) individuals may have wiped out cultural knowledge that some species may never regain, permanently hindering their recovery. A conservation strategy of simply releasing immature and knowledge-poor individuals into formerly occupied parts of a range may not be successful as they may have no idea how to survive in that environment, let alone rebuild the population. At the most basic level, culture may be a part of how species evolve and we’ve perhaps spent hundreds and hundreds of years carelessly interfering in that process with no understanding whatsoever of what we’ve been doing.

I’m deliberately hedging statements with ‘may’ and ‘perhaps’ because more research needs to be done and data collected to prove these ideas, but some readers will have sped through the last few paragraphs saying to themselves, ‘Of course. Why are you so surprised?’ It’s true that to some extent – especially if you move in the right circles – these ideas aren’t exactly new. But I’m willing to bet that for many more of us, especially those of us brought up in a system that taught that animals were all about ‘instinct’ and ‘fixed responses’, almost automata that just reacted in fixed ways to daylength, hormones, temperature etc, this is pretty revelatory thinking. Even if we’ve moved past an extremely limited idea of how animals live (and increasingly of course many of us have, hence the rise of vegetarianism and veganism for example) and know full well that animals learn, are playful, live in family groups, have a desire to live, it’s likely that we’ve not extensively considered what newer findings about culture and knowledge might mean or how they might be applied to our relationship with them.

Imagine how the world might look – or at least could look – if we all understood animals not just as things, stock, or resources, not even in fact simply as individuals but as more than that – as interconnected beings, as much a ‘part of each other’ and the places they live, meaning as much to each other and as being as important to each other, as the relationships between ourselves and our own families and the world around us.

Perhaps I’m sounding a little too much of an evangelist, an ‘animal culture fanboy’, but it seems to me that by extension what scientists and researchers like Philippa are saying is that far from being unique, far from being the only animals capable of passing on knowledge and living lives built around culture, we humans are in fact just one of many. We’re special, but then so is everyone else. Of course, what no-one else is capable of doing is wiping out entire species, entire habitats, and entire cultures. That’s just us. The ‘war on wildlife’ is not the ‘war between wildlife’, it’s a battle that we are waging all on our own.

A few days ago I interviewed Philippa again, this time with ecologist and author Carl Safina. I’ll be totally upfront here and say that I knew nothing about Carl Safina. That he is inaugural holder of the Endowed Chair for Nature and Humanity at Stony Brook University, that his writing has won the MacArthur “genius” prize, that he holds Pew and Guggenheim Fellowships, has received book awards from Lannan, Orion, and the National Academies, and has been awarded the John Burroughs, James Beard, and George Rabb medals perhaps says rather too much about how narrowly I’ve been focussed on, for example, grouse moors and fox hunting while not thinking as broadly as – with the interview looming – I began to wish I had! It certainly doesn’t reflect on an individual that is held in remarkably high-esteem around the conservation world for his radical thinking and whose most recent books (according to Wikipedia) “explore cognitive and emotional capacities of the minds of other animals, as well as individuality and cultural learning in free-living animals.”

Fortunately, I did have a chance to catch up a little and do some much-needed research before we actually spoke. Carl kindly sent me a review copy of his latest book ‘Becoming Wild: How Animal Cultures Raise Families, Create Beauty, and Achieve Peace‘, which was published just a few weeks ago. It’s a dense read, but not a difficult one, packed with remarkable ideas and thinking and a quotable sentence on almost every page (think about this line: “If the science of watching animals has one great message for humankind, it’s that female power – whether in bonobos, elephants, sperm and orca whales, or lemurs – tends to create space for peace“). It was a preparation (of sorts anyway) for an interview I was really looking forward to.

Why am I explaining all of this? Because I think that a look at animal culture – and what it might mean to changing the way we think about animals – is extremely relevant to the ‘war on wildlife’. So, I’m going to write a review of ‘Becoming Wild’ and publish that the day before posting the podcast, which is edited and ready to go online. And please don’t think of this newly-found enthusiasm as a switch away from piling pressure on grouse moors and fox hunts and everything we else we campaign against: all of us here at The War on Wildlife Project believe that a multi-pronged approach, of coming at injustices and cruelty from as many different angles as we can, is the best way to tackle that war. And there is no doubt at all that integrating an appreciation of how important animal culture is to wildlife is an angle well worth exploring. 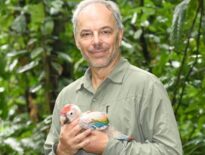 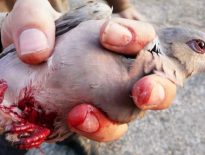 Blog Posts What do we do with a problem like Malta?
0