Remember back last year when the National Farmers Union (NFU) took it upon themselves to launch a judicial review to challenge a government decision to NOT cull badgers in Derbyshire?

Derbyshire had put in place a badger vaccination scheme (cheaper than culling, more effective than culling, and crucially way, way kinder than having a hired help blasting a badger in the head with a shotgun), and the government decided that because of this scheme cull licences would not be granted.

Which seemed to annoy the heck out of the NFU. Why? Officially the line was that withdrawing the slaughter (sorry, ‘cull’) just days before it was due to start was ‘interference’ and a cause of frustration to farmers (all farmers apparently, there seemed to be no distinction between those farmers that had signed up for the vaccination programme and those who had signed up for the killing), but the objection looked from the outside more like the NFU being disgruntled that a government would dare to listen to anyone but themselves (how very dare they…).

How dare a prime minister take a personal interest in the mass slaughter of protected wildlife, they ranted? And how dare a woman (a woman!) try to influence him (‘influencing the political agenda’ is the job of the NFU surely)…

Even though the NFU threw their toys as far out of the pram as they could, a judge has now said that they should pick them up again and toddle off home (maybe not in those exact words, but the meaning was clear: “the judicial review challenge was dismissed on all grounds”). Perhaps they should have tried to hire Leigh Day, their lawyers seem to be good at winning judicial reviews…

Anyway, as a BBC report puts it:

Farmers have a lost a High Court bid to overturn a government decision not to introduce badger culling in Derbyshire to control bovine TB.

National Farmers’ Union (NFU) lawyers told a judge a “direction”, made in September 2019, was “irrational”.

They added the real reason for the decision was because the prime minister took a “personal interest”.

Mrs Justice Andrews, who analysed arguments at a hearing on Skype in April, has dismissed the NFU challenge.

The cull was set to go ahead in Derbyshire last winter in a bid to control bovine TB.

But in September the government said it would not grant the county’s farmers licenses to do it.

The NFU have of course responded. They appear to be furious and in shock: so shocked in fact that their Deputy President has come out with a line that should haunt them (and Defra) for a very long time: “It remains our view that it simply cannot be lawful for the government to make policy up on the hoof.” 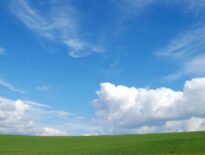 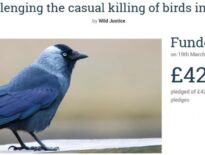