Solastalgia describes, according to philosopher Glenn Albrecht, the man who coined the term, “the feeling of distress associated with environmental change close to your home“. It seems to be a perfect word to describe a sadness that I’m sure many can feel creeping up on us as we come out of lockdown. Things are starting to change back. I can hear distant roads beginning to fill. The sky is starting to thrub and rumble with aircraft again. Birdsong is fading into the background once more. People everywhere are spilling out across acres of grass that just days ago belonged to thrushes and deer. The air will start to cloud, the fearless become wary and hesitant again, and the clocks speed up as we get back to where we left off and hurtle into a ‘new normal’ that I don’t think will look much different to the ‘old normal’.

I should say at this point (before someone else does) that, yes, I’m a glass-half-empty type by nature. And, yes, more importantly, I know that I’m writing this from a point of relative privilege. I’ve not lost anyone to Covid-19 (I don’t even know anyone who’s been in hospital). I’m healthy and I have a job that doesn’t mean putting my life on the line (for which I’m extremely grateful). I live in what is recognisably ‘the countryside‘ and have been able to just step out of the door to see butterflies and bees, feel the spring unwind, hear Blackcaps and see newly-arrived Barn Swallows get their bearings as they scout out old haunts that generations of swallows have used before them. I have had time to absorb the lockdowned world without worrying about never seeing relatives again, whether my partner would survive another shift, or what the hell I’m going to do now that my salary has gone.

But that doesn’t make the sense of loss any less real. It may seem trivial to someone shattered by personal grief or plunged into economic despair, but for those of us who were already yearning for a kinder, gentler relationship with nature we have just been given a glimpse and it’s hard to give it up again. And that’s surely true wherever you live. Clean air tastes sweet whether you live in a city or a small village. Empty roads are probably even more revelatory when traffic normally crawls past your front windows. We know that birds somehow scrape a living in what seems like barren urban environments, but how many of us had ever had the chance to hear them before. Skies, we learned, actually don’t come ready-smeared with contrails. Diesel haze is not natural, but being able to see to the horizon, on the other hand, is.

I think for many of us, these few months, while scary and worrying, have also been a once-in-a-lifetime chance to see the world as it was before we flooded across it and took every corner of it for ourselves. Again, yes, it’s relative. If I had been born into a slum, was hungry whenever I was awake, risked disease with every glass of filthy water, lived in fear of abuse or beatings, my perspective would be different. I get that, and I’m not comparing lives here, but surely every one of those people would also like to live in a world that was clean, where we connected again with what was once an abundance of nature, lived in our environment rather than bearing down on it. Of course our experiences are incomparably different, but almost every single one of us recognises beauty when we see it (even if we don’t really know why), feels a sense of calm when we listen to a bird sing (which is why so many feel compelled to trap that sound in a cage and bring it indoors), and are deeply touched when a wild animal allows us a moment of contact whether that’s a butterfly on a finger, a fox weighing us up as our eyes meet, or a mysterious and unknown shape morphing from shadow into something solid, warm-blooded, and intelligent right in front of us.

Those are the opportunities we were presented with, that lockdown, that a world suddenly empty of us, offered, and they’re slipping away again. And I won’t apologise for feeling a tangible sadness about that.

So much has been written about what the ‘new normal’ should look like, but the past few days suggest that despite what we could have, we’ll be opting for what we had. Lockdown has been like capping a bottle of fizzy drink. Now (if we believe the news) we’re all shaken up. Loosening that lid means we’ll bubble up and explode everywhere. Of course we need an economy (I want paid work the same as everyone else wants it). We want to reassure ourselves that the world hasn’t changed too much. But changed from what? Our grandparents would barely recognise the nature-deficient, madly hectic world we exist in now. Do we really need to become ‘commuters’ again? Do we need to consume so fiercely? Do we really need to grab and own and separate ourselves from the very things that our ‘selves’ need to feel whole? Can’t we see our way instead to willingly share our environment in the way we’ve been unwillingly forced to since March? It seems unlikely. That’s not what we do now. We don’t really mean to, but we don’t seem able to help ourselves *.

But then again maybe, just maybe, those primal memories will have risen close enough to the surface to make us more appreciative of what we’ve lost. The woodlands where choristers sang but which have been bought out by shooting estates and now just offer live targets and noise. The swathes of precious peatland that we once roamed over, closed shut to us and packed with snares and traps. The fields that were studded with wildflowers and ringing with Skylarks that are poisoned, silent and largely lifeless. The rivers and seas that sparkled with life that now glint with discarded cans and plastic shards. Even the air we breathe is slowly choking us instead of energising and uplifting us.

How much better did we feel to slow down a little, to notice nature, to be prodded back towards the relationship with the environment that we’ve only recently left behind? Yes, again, of course not everyone was in a position to benefit: if you were hooked up to a ventilator none of this mattered, but how about afterwards? How about the realisation that in some cases our lifestyles, our preference for the shopping mall rather than the park and the car rather than the bicycle, made that trip to the ICU more likely?

Perhaps having had something better within reach will see us fight harder to recover it. Perhaps we’ll rediscover a common sense of purpose and come together to achieve it. Yes, of course, there is still a huge amount to do, we will still be opposed and vilified online, the war on wildlife will still be taking place, but in a sense the curtain has been lifted and we’ve seen behind it. It’s not too late, Nature has held on, incredibly wildlife is still there. We don’t have to marginalise it, cram it into a corner, or treat it as if were an inconvenience.

No doubt this short piece will resonate with some and be ridiculed by others. Some will recognise the feelings, others will think they’re the idealistic ramblings of a bunny hugger. Again, I’m not going to apologise. For a few months there was something tantalising and almost within reach, and it was a world I felt at peace within. I wasn’t angry. Shotguns fell silent instead of plundering our local wildlife. Birds dared to nest close to paths. Toads crossed roads rather than being flattened into them. Verges burst into colour as councils locked away their mowers. Of course the wildlife criminals were still out there (even the Daily Mail noted recently that bird of prey persecution has continued while those ‘key workers’ readying birds for the gun were out and about out with no-one to watch them), but in my small corner of the world nature was allowed to simply do what it had done for thousands of years before we became the most rampageous species the world has ever seen.

And now, inevitably I suppose, we’re back. Will I take advantage of the ending of lockdown? It would be hypocritical to say that I won’t. I want to see family and friends again. I want to get out and explore. I want to ride my bike for miles and know there are cafes open to stop at. Of course I do. And do I understand how desperately people want to have this pandemic controlled and no longer newsworthy? To have the security of work and a salary? Again, of course. And if I were a glass-half-full type, I would be joining in the celebrations while fired up with a vision of what I’ve been experiencing, a renewed energy to tell everyone about that better world that is still there even while the curtain has begun to lower again. At the moment though it feels more like picking up the same heavy load I’d put down for a while rather than a refreshed leap out of the blocks ready for change.

I’ll adapt again. We all will. But right now, solastalgia: “the feeling of distress associated with environmental change close to your home“. It’s starting to feel as if we temporarily slowed a car crash by stopping the film running, not by removing the dangers. Now the film is running again and I’m sure I’m not the only one who is thinking, ‘A cleaner, quieter, kinder world? Yep, that really was something”. And I miss it already…

* EDIT: 26 June 2020 – the day lockdown exploded. How much did we change? Not much. A major incident was declared on June 26th as people flocked to England’s south coast after lockdown restrictions were eased slightly. Bournemouth, Christchurch and Poole council said services were ‘completely overstretched’ as visitors defied advice to stay away, and the next day media reported that these ‘visitors’ had dumped forty-one tonnes of rubbish on the Bournemouth coastline over two days, with disgusted locals even claiming to have found ‘poo in takeaway boxes’ on beaches. 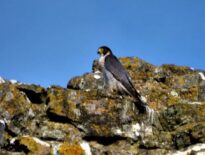 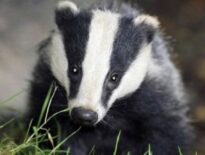