@Saffy_1999: Completely agree with Clive ... really time to push this. Have you guys not seen the stunning videos of #madmarchhares boxing in the morning light? #stunning. They need our #protection https://t.co/El4AtWAPRu
h J R
@WarOnWildlife

@GowerClare: And today's dead bird stashed under a bush - a buzzard!! 😳😢😡 https://t.co/7jiYoSVDuq

@GowerClare: Today I found one of the grimmest things I have ever seen whilst on my survey. A stash/pit of dead corvids hidden away under a dense holly hedge on farmland. A mix of corvid species including some ravens. These 16 skulls are just a few of them. 😡😢 @Natures_Voice @IoloWilliams2 https://t.co/AnAJDbWlRp

@gill__lewis: @RaptorPersScot @GlosPol_Rural @ChrisGPackham @MarkAvery @natalieben @IoloWilliams2 @RareBirdAlertUK @McKenzie6593 @ukwildlifecrime @GreeneIndy The people who shoot these birds of prey are so dissociated from nature - this looks like shot gun pellet - hence probably someone who likes to shoot or protect game. They cannot see the beauty of these birds or the wild. It's just target practice to them.
h J R
@WarOnWildlife 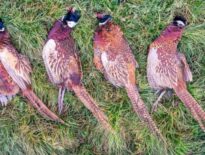 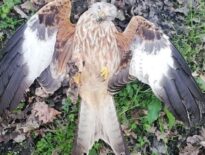