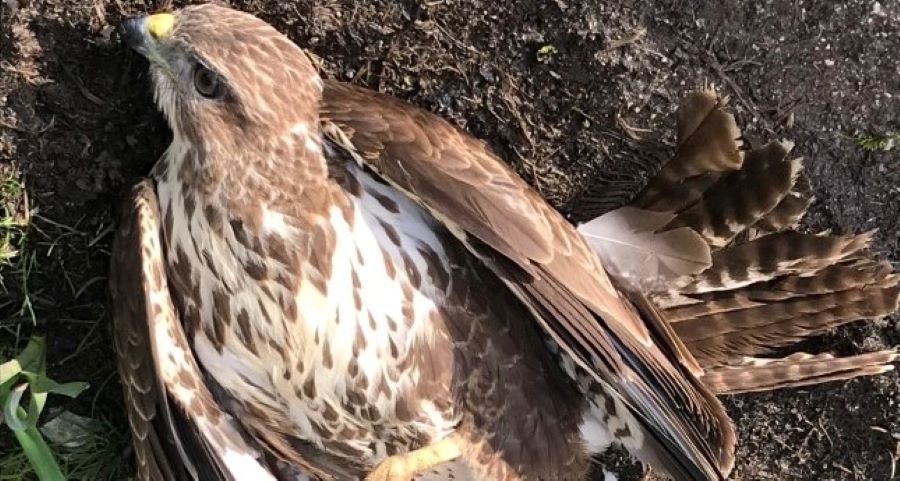 Remember the regular segment on the Harry Hill programme ‘TV Burp’ which involved setting two unlikely opponents alongside each other and asking “Which is better? There’s only one way to find out: FIGHT!”? It was all good fun and not meant to be taken seriously – and we’re of course not suggesting that a local newspaper and the most respected blog on bird of prey persecution on the internet are or should be involved in a fight – but the ‘Which is better?’ question certainly came to mind when going through our Google Alerts this morning.

On the one hand we have an editorial on the 29th of May in a newspaper that – without any comment at all – gives over a whole page to moorland estate owner’s lobbyist Amanda Anderson titled “Moorland Association calls for science and facts in debate to end raptor persecution“, and on the other we have a detailed and well-researched post on the very same day titled “Shot buzzards found concealed on a Bransdale grouse shooting estate in North York Moors National Park“.

So on the very same day two different platforms publish material with two very different perspectives on bird of prey persecution/wildlife crime. These things happen of course, not everyone reports the same events or publishes the same press releases, but let’s delve a little further.

Amanda Anderson and the Moorland Association – an organisation that for years has been making promises to crack down on wildlife crime – is given a page to cast doubt on the ‘polarised debate‘ about wildlife crimes on grouse moors, and posits that “multiple reports received from our members across the country indicate that raptors were doing well as a result of the reduction in disturbance from members of the public” (ah, yes, it’s all the public’s fault, despite the well-publicised reports from the RSPB’s Investigations Unit that it has been ‘overrun’ with reports of birds of prey being illegally killed in recent weeks, and which – again on the 29th of May – they updated via video saying “Of the 56 incidents, 81% of those confirmed so far have a connection with land use for shooting, both in the uplands and in the lowlands.“). Anderson then audaciously claims that “the debate degenerates into mud-slinging and name calling – with minimal facts” (this coming from an organisation that has just written a press-release ignoring the facts as widely reported everywhere else: it’s almost a surprise they’re not headlining these things with screams of ‘Fake News’).

Raptor Persecution UK (RPUK), written by an acknowledged expert on birds of prey with no agenda other than seeing an end to crimes against them, instead reproduces a press-release from North Yorkshire police “appealing for information after five dead buzzards were found hidden in a hole in the ground on land below Fox Hole Crag, on the edge of Bransdale in the North York Moors“. Five dead buzzards (fact), four of them shot (fact), and at least one photograph in which x-rays show lead shot (fact). A press release that states (as fact) that “eight individuals have been interviewed under caution in connection with the incident“. RPUK then goes on to ask sardonically, “who might have been out shooting buzzards inside a National Park when everyone else was in lockdown?” We all know the answer to that as there are essentially few ‘key workers’ that take shotguns with them to work and that have been found guilty on numerous occasions of wildlife crimes (or are criminal convictions what Anderson calls ‘mud-slinging’?). RPUK even goes on to point out that “There have been a number of persecution incidents reported from this area in the past. In 2010 a shot goshawk was found at Bransdale (see here) and a post mortem reportedly revealed it had also been poisoned (see here). In 2012 a walker crossing the moorland in Bransdale found a dead sparrowhawk, also reported to have been shot (see here). In 2019 a buzzard was reportedly found shot on Bransdale Moor (see here).

So we have a press-release straight from a lobbyist organisation that is bereft of facts but rich on provably-debatable anecdote, and a press release with facts from the police and online links to well-referenced incidents which point very strongly to a pattern of behaviour. A pattern of behaviour taking place in an area that, as RPUK puts it, has many, many connections with “figureheads in the grouse shooting industry”.

Now, none of this would have piqued our interest if Harrogate were a small village in, say, Cornwall or the Shetland Isles. But it’s not of course – Harrogate is a town in North Yorkshire, and according to Google Maps is a ninety-minute drive from (and you’ll never believe this) Bransdale in Yorkshire Dales National Park! They’re practically neighbours! Who’d have thunk it…

Let’s be clear, we’re not suggesting anything untoward by pointing out that a local newspaper has printed a Moorland Association press-release defending its ‘members’ (who largely own grouse moors) on the very same day that a local police-force has published a press-release about wildlife crime connected to grouse moors. These things happen. There is no inference intended, m’lud.

But when it comes to the two press releases, published on the same day, one blaming the public for disturbing birds of prey and the other detailing yet another incident involving disturbing birds of prey by shooting them dead, it’s pertinent to ask, “Which is better?”, or “Which do you think is more factually accurate?”, or “In your opinion which would you trust more?”.

Perhaps we’ll just leave that here for you to decide…

[EDIT: The cards propping up grouse shooting are looking ever more flimsy. One good puff and they’ll come tumbling down. Ruth Tingay, the powerhouse behind RPUK, posted this tweet on 30th May referencing an extremely hard-hitting Channel 4 programme looking at crimes against birds of prey. 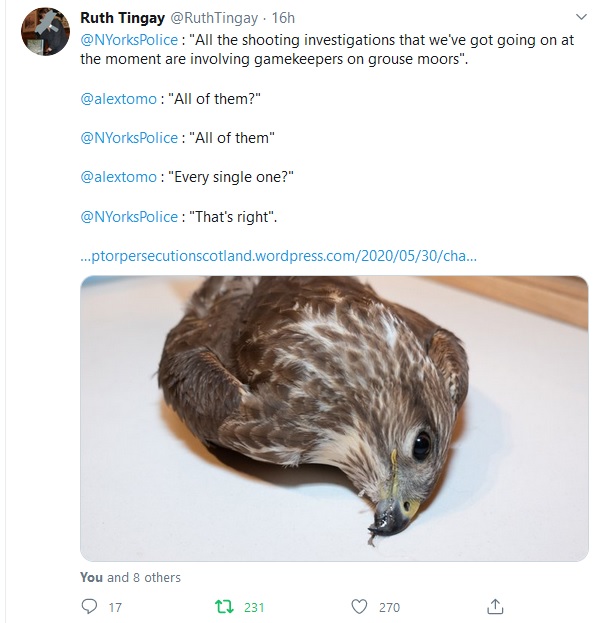 Any comments Amanda Anderson, or are the North Yorkshire police just ‘mud slinging’?] 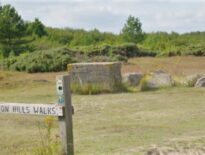 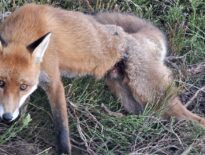