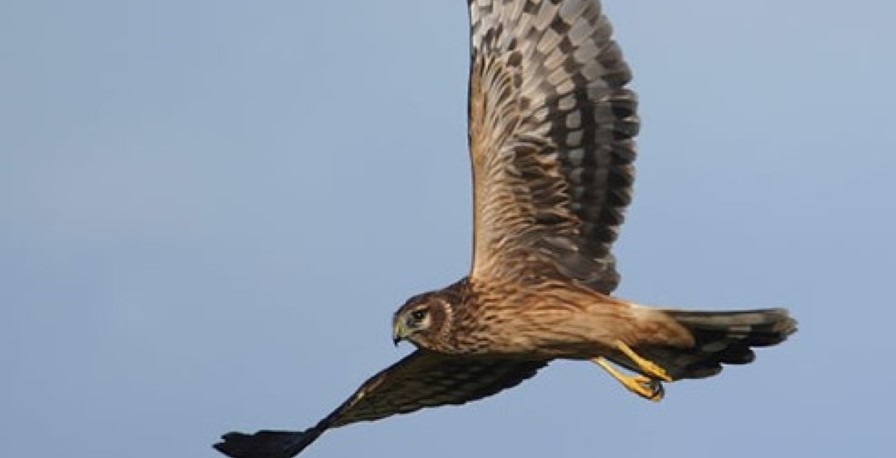 We’ve written extensively about the problem facing Hen Harriers (and that is problem not problems – the UK’s most persecuted bird faces one serious threat to its UK population and that’s relentless persecution from the shooting industry). We’ve also looked at the ‘plan’ whereby the UK’s Department for Environment, Food, and Rural Affairs (Defra and thus ultimately Natural England) ignores the legal protections given to Hen Harriers via a farcical ‘brood meddling‘ scheme which blatantly supports that same shooting industry by allowing them to remove Hen Harrier chicks from grouse moors and raise them somewhere else. And now we’re going to write about it again because more and more people are reading blogs like these to understand what’s going on….

The persecution of Hen Harriers is sometimes cast as a ‘conflict’ between shooting and conservation. In reality though, the ‘conflict’ is between the law and the profits of shooting estates and the word is used largely as a distraction, a term shooting lobbyists have seized upon to mitigate criminal behaviour. The truth is that Hen Harriers are being killed in stupidly high numbers on shooting estates because while they live largely on small birds and mammals they also take Red Grouse chicks. Shooting estates want to sell those chicks as adult birds to ‘sportsmen’ who pay stupidly high fees to use them as target practice. Each lost chick – even on over-stocked grouse moors (which are run more like intensive farms than natural habitats) – costs the estates. Which is why – as we posted just a few days ago – a recent study has shown that of all the Hen Harriers satellite-tagged by researchers and conservationists to discover more about their movements 72% are confirmed or considered likely to have been illegally killed, and that these killings were ten times more likely to occur over areas of land managed for grouse shooting relative to other land uses.

Thirty-three Hen Harriers are now believed to have been illegally killed since 2018, ironically the year when grouse shooting industry lobbyists launched a campaign to persuade us that Hen Harriers were welcome on grouse moors. That thirty-three doesn’t, ironically, include the five Hen Harrier chicks tagged during the first year of ‘brood meddling’ – two of which had ‘disappeared’ by the autumn (so had managed to avoid being killed for a few months) or the rest of the brood which we now find out (via Raptor Persecution UK) are missing or dead as well.

Lobbyists are always quick to point out that ‘missing’ doesn’t necessarily mean ‘dead’. Conservationists, on the other hand, point out that these ‘missing’ birds aren’t suddenly returning like some plot twist in an afternoon b-movie – ‘I’m sorry to have caused you so much distress, but I had to hide out in the Caribbean while my ex-husband was still alive…”. All the data proves that ‘missing’ Hen Harriers stay ‘missing’. Unlike Phoenixes, once a Hen Harrier has been shot, poisoned, or trapped there is no arising from the ashes. If they did, we’d be seeing them. Populations would be recovering. There would be no ‘conflict’.

So Hen Harriers are being persecuted. And that of course includes the chicks raised under licence on behalf of the shooting industry under Defra’s cap-doffing, genuflecting, ‘common-sense-out-of-the-window’ brood-meddling scheme. And no-one with any knowledge of raptor persecution and wildlife crime is remotely surprised. Pluto is less remote. Far-off galaxies only now being glimpsed via the Hubble telescope are less remote. Because as was so strikingly obvious from the outset, what ‘brood meddling’ doesn’t do is address the killing of Hen Harriers on grouse moors. It shuffles the board a bit, takes a few chicks off grouse moors so that the adults won’t be tempted to feed them grouse chicks, but the dice are still fully loaded in favour of the criminals.

If wildlife crimes against Hen Harriers were like a football match between the shooting industry and Hen Harriers (and the way Defra is treating brood-meddling makes you wonder if they think this is just a game), then Defra has blindfolded the referee, allowed the industry to kick the harriers off the pitch, then meekly given the ball back to a team that has never knowingly played by the rules anyway. Because, ignoring the chorus of ‘We Told You So’ from the stands, at the end of last month Natural England licenced the shooting industry to have another go. It’s not like they need – to stretch the sporting analogy further – to retake a penalty or anything: they’ve hit the back of the bloody net five times already! In a world based on fact, science, data, and – crucially – results, there would be no further ‘brood meddling’, but this is apparently a world where Hen Harriers are moved around to satisfy no-one but grouse moor owners. And where they are moved to matters not a jot, because, if they survive ‘meddling’ and are released, when they go back to the moors – as they inevitably will at some point – they will still be killed. It’s how the industry works, and whether there are five or fifty Hen Harrier chicks ‘brood-meddled’ the result will always be the same. Dead Hen Harriers.

Just what does shooting have to offer in return for this staggering generosity? Does the slaughter of unknown numbers of native predators in an unknown number of snares and traps justify this gift from the government? Not in our opinion, no. How about the destruction of rare habitats? The routine burning of heather? The flooding of downstream villages and towns as rain runs off desiccated peatland? The refusal to give up lead shot? We’re not seeing it. And God help our countryside if there’s a second Covid-19 lockdown – there won’t be a bird of prey left in the uplands.

It’s barely even worth asking what will happen to the chicks that will have been stolen from nests this year and detained until the end of the grouse shooting season. They will do exactly what the last five did: they will move around and eventually they will end up back on a grouse moor where they will go ‘missing’. Defra might think the Hen Harriers being doled out to the shooting industry represent a gamble worth taking, but as anyone with half a brain knows, when the odds are so heavily stacked against you, you either keep your money in your wallet or you get out of the game.

But this is no game. Strip away the platitudes and the promises, and this is nothing more or less than our government propping up an industry that is underpinned by wildlife crime, is environmentally-destructive, and which exists solely to make money from the killing of wild birds. Raptor persecution is part of this country’s shameful war on our wildlife, and we are determined to help end it. 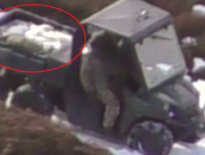 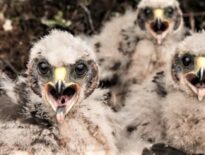