The removal of fish from the world’s oceans takes place at staggering levels. According to a 2018 Food and Agriculture Organisation of the United Nations (FAO) Report, “world total marine catch was 79.3 million tonnes in 2016“. Figures on how many actual wild animals that represents are difficult to obtain. In reality, no-one bothers to count them as they haul them up by tonne, no-one knows how many are caught illegally, no-one knows how many die from wounds after escaping nets, and no-one has a clue how many fish are caught and thrown away dead as ‘bycatch’. It’s not only fish that are caught and thrown away: more than 1,000 porpoises died in fishing nets around the UK in 2019, and cetaceans washed up dead on beaches all around the world show wounds from fishing nets.

Fish and other marine life are meant to be relatively safe in Marine Protected Areas (MPAs), but a recent Guardian article quoted campaigners saying that so-called supertrawlers spent almost 3,000 hours fishing in UK MPAs in 2019, making “a mockery of the word ‘protected’.” The article was based on data from Greenpeace, which used tracking data from Lloyd’s List Maritime Intelligence to show that trawlers over 100 metres spent 2,963 hours – the equivalent of more than 123 days – fishing in UK MPAs in 2019. Supertrawlers come equipped with nets up to a mile long.

The article quotes a spokesperson from the Department of Environment, Food and Rural Affairs (Defra – the same government department responsible for the badger cull, the same department facing judicial review for its implementation of the widely abused ‘General Licence’ system. and the same department mishandling the ‘brood meddling’ of Hen Harriers‘) airily claiming that “The UK is a global leader in the fight to protect our seas with our ‘blue belt’ of protected waters nearly twice the size of England. The common fisheries policy currently restricts our ability to implement tougher protection, but leaving the EU and taking back control of our waters means we can introduce stronger measures.” That would be less of a ‘Leave’ slogan and more believable if the UK government hadn’t already failed to designate 65 highly protected marine areas (HPMAs) in English waters back in 2013, citing a ‘lack of evidence’ and giving in – as so often – to pressure from industry lobbyists.

While banning all supertrawlers full stop would be preferable, Greenpeace have launched a petition calling on the government to ban supertrawlers in UK Marine Protected Areas, which is reproduced below:

Have you heard about the massive industrial fishing ships in our oceans? These huge vessels called supertrawlers destroy ocean life – and we’ve just found they fished in supposedly protected waters for almost 2963 hours in 2019 – that’s 123 days!

Supertrawlers are symbolic of the destructive and greedy industrial fishing industry. They catch hundreds of tonnes of fish every day – the intensity with which these vast ships fish is not compatible with a healthy ocean.

Ships like these are driving overfishing – which seriously threatens the health of our oceans and everything in it. And our government, who speak highly of their ocean protection credentials, are letting them spend thousands of hours fishing in our Marine Protected Areas.

These zones are supposed to be ocean sanctuaries that protect the UK’s marine life – particularly vulnerable ecosystems and iconic wildlife like dolphins and porpoises. If properly protected, they can play a key role in fighting climate change. It should be clear, ocean destroying supertrawlers shouldn’t be allowed to operate in them.

The Government claims that Brexit will allow us to ‘strengthen protections’ for our Marine Protected Areas. With Brexit negotiations ongoing – our government needs to act like the ocean protectors they claim to be, by banning supertrawlers and other destructive fishing from our protected areas. Can you call on the government to seize this opportunity to properly protect our oceans?

Banning supertrawlers from Marine Protected Areas isn’t just good for our oceans – it could help local fishing communities whose livelihoods have long been decimated by industrial supertrawlers overfishing waters vital for their livelihoods.

In the face of COVID 19, this ban could help rebuild a fairer, society that’s better for people and the planet. The government just needs to live up to its word – make sure they do. 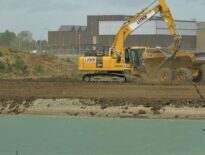 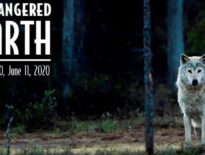