Cambridgeshire is a funny old place. It’s flat and agricultural, although some bits are actually quite hilly. Tourists flock here in ever-increasing numbers to admire Cambridge’s architecture and history (over 5 million per year come to the city) and Ely cathedral, with more local tourism to places like Wimpole Estate, Wicken Fen National Nature Reserve, and other historic and landscape sites. I can’t blame them, they are worth visiting. Behind this idyll though is a local economy which barely shrugged in the 2008 financial crisis because of high-tech, Biotech, pharma, and world-renowned research. So it has grown apace. All of the local towns need new housing to feed the tourism industry and the tech industry, and everyone needs to commute and travel for their hard-earned leisure time.

Wildlife has had to adapt to this growth. To be fair, some of the new towns have had excellent green space AND wildlife space planned in. The pressure to put more houses in and for amenity green space is high, however, and the wildlife value of the created spaces seems less than two decades ago (when new spaces such as Cambourne included an educational eco-park, home to a variety of plant, bird and mammal life, and a Country Park covering 80 acres).

Council members of the Cambridgeshire Bird Club are contacted regularly to help stop a development of a few houses in a village or a larger development. Our club constitution says we are not an activist organisation so we always turn down such requests, but we do let our members know so that they can choose whether to get involved or not. We do this because we have some ecological consultants amongst our members, excellent field birders who try to make the least damaging choices in the development process. Whilst I am writing this essay in a private capacity, I have worked in the Environmental records centre and provided information to developers, planners and those opposed to damaging developments.

Over the last few years I have started to feel that the driving force is of ‘progress at any cost’, and that there have been minimal checks and allowances made for wildlife on some long-term development projects.

For instance we have ‘suffered’ a major road expansion. Many people will have spent far too long on the A14, the major east-west route through the county, either before it was improved, or during the recent three years of its improvement. Right from the start many of us were horrified when trees containing rookeries were felled…but, being rational, it was in winter (so outside the breeding season) and rooks are pretty common, so the birds probably just moved slightly. We still have lots of rooks anyway. 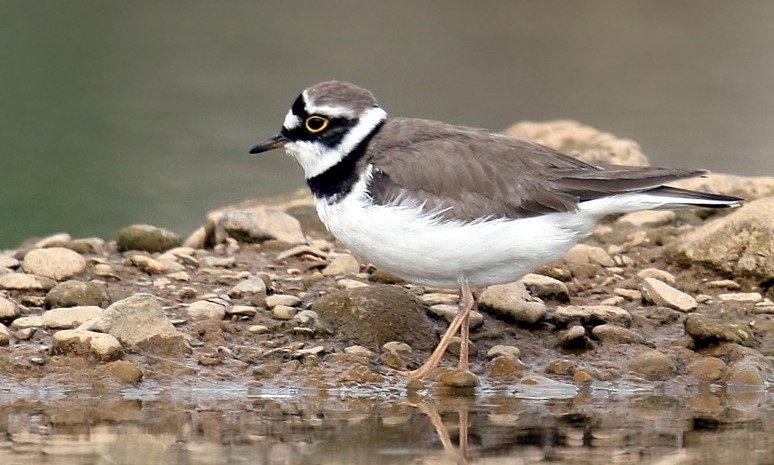 The works, though, created several pools and bare areas, and species such as little ringed plover (which is listed as a Schedule 1 species under The Wildlife and Countryside Act) moved in. There were a few problems to begin with and the probability is that an active nest was destroyed (which would have been illegal); whether or not deliberate or intentional destruction took place is hard to prove in law, and it seems we don’t have sufficient evidence anyway. Local birders and the club have since communicated with the Highways Agency, their contractors, ecological consultant and sub-contractors. On that stretch of road at least, the past couple of years have been more successful: breeding areas are carefully marked and sand martin ‘cliffs’ in gravel piles are left alone. A minor victory.

Move forwards to Spring 2020. While the main end of the work is now complete there are still major road reconstructions taking place on the stretch of the A14 nearer to Cambridge itself. These stopped in mid-March because of the SARS-CoV2 pandemic, but work recommenced in mid-April when infrastructure-critical construction was resumed. It seems highly probable that the contractors started work before the eco-consultants did. Again, little ringed plovers were the victim and nests lost: pairs had probably only just laid, and again we’re facing an unprovable breach of wildlife protection regulations.

I feel I need to share parts of the reply we received from the A14 consortium when we queried their actions:

“We can confirm the area has been subject to earthworks recently …………………. At the start of the pandemic, some less critical works were put on pause to allocate project resource to key areas of the scheme for a number of reasons, ……………………. It is therefore likely that when works where paused, a scrape of some kind may have been left. Under normal circumstances (pre-pandemic), the high level of construction and plant traffic in this location would deter a bird nesting on the ground……..we operate a strict ‘Permit to Clear’ policy, whereby vegetation can only be cleared once inspected by an ecologist to confirm there are no nests or other protected species present. During the breeding season this is undertaken within two days of when vegetation is due to be removed………We do however understand the breeding habits of this particular species is not associated with vegetation such as trees and shrubs. This is why potential nesting areas are regularly left scraped bare…………We undertake nesting checks during the breeding season………. For example, in 2019 we had over 100 breeding sand martins in our borrow pit…………. This area was surveyed by an ecologist and subsequently secured with fencing, with all operatives in that area made aware to ensure the birds were left undisturbed until they left for their migration.”

There are so many things in this somewhat generic response to irk the average birder.

For those of us who have wearily accepted the march of progress, there’s the nonsense about checking before clearing vegetation followed by an acknowledgement (which they feel they need to include) that it’s irrelevant to the species in question anyway. Do we get the feeling that they know the law is weak, that they can play by the book because virtually nothing will come of it? That birders will wearily give up, that no hard evidence can be gathered? Even reporting these things to the local police wildlife crime unit and the RSPB species protection folk (as great and supportive as they were in this case) just results in it being logged in the ‘pile of things logged’ but about which we can do nothing. At least they HAVE done some good with cordoned-off habitat provision. No doubt that will be high on the list of net gain in the final accounting of the project, but no mention made of the loss of little ringed plovers.

Nearby, a new town is being built. Construction has been going on for several years, and local birders and local authority ecology officers were able to work constructively with the construction companies to keep the pools undisturbed during the breeding season, and to preserve the sand martin cliffs.

Construction here was paused for considerably longer but resumed in late April, and we had a very similar scenario. Once again, we are fairly sure (but do not have enough proof for the law) that a sand martin cliff was destroyed and that nesting plovers were disturbed: again, wildlife crime case numbers have been logged in the system and again, the developers claim they are operating within the guidelines. But no-one checked the site for a month before they rumbled back in.

On the plus side, at the northern end of the A14, where we initially had the problems two years ago, the highways and their consultants KNOW there are some local birders watching them, and all is well. We have several pairs of both ringed and little ringed plover nesting undisturbed. A sand martin cliff is in place on the ‘New A14’ as we have taken to calling it.

The Highways Agency provided this summary of the other good works they have done:

“We would also like to highlight some additional work we have done for biodiversity as part of our project. For example, last year we donated over 200 bat boxes to the local Wildlife Trust, and have already installed hundreds of bird and bat boxes ourselves in vegetation in the local area and further afield. These boxes have been sighted for species such as swift, barn owl, kestrel, and for smaller passerines. We are also planting over 900,000 trees and shrubs across the area, seeding new species-rich grassland swards, and it is hoped our borrow pit restorations plans will create new wetland habitats for a variety of avifauna species, including the little ringed plover.”

This sounds good but it all leaves a bit of a sour taste in the mouth. The birders who over the years have pushed hardest to get comment and a decent response from the companies involved are consultants in their own right. We have more awareness and understanding of the birds, their requirements, and their responses to our ever-urbanising environment, but we are always left feeling that we are getting nowhere fast in a rapidly-changing Cambridgeshire which has seemingly firmly nailed its colours to the mast of growth at all cost.

Louise is a life-long nature-lover. A keen birder from teenage years she also has a passion for lepidoptera and many other invertebrates. Originally from the north Midlands, her base is now East Anglia and Cambridge in particular. A first career in the Biotech research sector was abandoned in the mid-2000s for a new start in Environmental data and recording of wildlife. She is now a self-confessed data nerd, somewhat obsessed with records and maps. As a practical conservation volunteer she spends time visiting smaller wildlife sites (maybe because they also have fewer people…social distancing is never a problem for a data-nerd!). 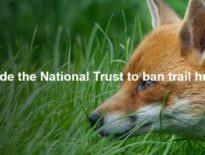 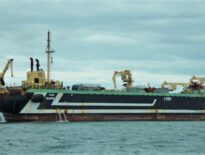