Lendrum – reportedly a former soldier [edit: though see a comment below this post] and the subject of a book detailing his crimes – was caught in June last year after arriving in London on a flight from South Africa. He was arrested after security staff at Heathrow became suspicious of the heavy coat he was wearing on a warm day. When he was searched, Lendrum was found to be wearing a sling made from bandages beneath his clothes concealing and keeping warm nineteen eggs from vultures, falcons and kites as well as two newly hatched African fish eagle chicks. Police believed that the ultimate destination for the chicks and eggs would be the Middle East, where wild-caught birds are highly prized by obsessive falconers who believe they are faster and stronger than captive-bred individuals.

A judge told Lendrum, who was born in the former Northern Rhodesia (as of 1964, the Republic of Zambia), but travels on an Irish passport, that he must remain in prison because he faces another sentence of four and a half years in Brazil after being caught trying to take three or four eggs of the rare cassini white-chested sub-species of Peregrine from Sao Paulo to Johannesburg in 2015. He fled Brazil after he was released on bail while his lawyers were preparing an appeal, claiming that he was running out of money and “suffering from spider bites that needed medication”. Brazilian prosecutors are now seeking his extradition from the UK so that he can serve his sentence.

Lendrum has previous convictions in Canada and Zimbabwe, the latter dating back to 1984 when he was convicted for dealing in bird of prey eggs.

He is as notorious for the extent of his global crimes as he is (fortunately) for his incompetence. On one occasion a video clip was found on a phone showing him dangling from a harness, a pouch at the ready for holding stolen eggs. Recorded in 2000, the footage was found in Lendrum’s luggage when he was arrested in 2010 at Birmingham Airport. He had gone into the showers in the Emirates first-class departure lounge but a suspicious cleaner, John Struczynski, realised he had not used any water. Struczynski raised the alarm fearing that he was a terrorist, and Lundrum was stopped and found with ribbons of surgical tape wound around his chest. Inside were fourteen eggs stolen from Peregrine nests in south Wales which he was trying to smuggle out of the UK. Officers from West Midlands Police and the UK National Wildlife Crime Unit later discovered his car, containing an incubator and climbing equipment, in the long-stay car park. Thanks to the efforts of that National Wildlife Crime Unit and the RSPB, eleven of the fourteen eggs were hatched out and the surviving chicks returned to the wild.

Refusing Lendrum bail, Mr Justice Fordham told London’s High Court that Lendrum was a professional criminal who was responsible for a “pattern of unabated offending in the context of wild bird eggs and their export”.

“That is a serious and lucrative crime,” Mr Fordham said, adding that there were serious grounds to believe that if the applicant were released he would commit another offence on bail. 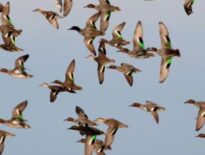