Today the Badger Trust has released an open letter to the Defra Secretary George Eustice, claiming that the Government is betraying public trust on its bovine TB policy.

Despite claims to be phasing out badger culling in favour of badger and cattle vaccination, the Badger Trust believes the government is preparing to rapidly expand badger culling from Cornwall to Cumbria, which could result in a total of 200,000 badgers being killed by the end of 2020 (since cull policy started in 2013), pushing the species to the verge of local extinction in areas of England inhabited since the Ice Age.

Although the government claims its consultation on introducing ‘no cull buffer zones’ is aimed at reducing the risk of vaccinated badgers being killed by cull contractors, in practice the proposals will only serve to minimise new vaccination schemes and cripple or destroy existing ones.

Taking account of these concerns, the Badger Trust is calling on the government to take a number of key actions including:

● the implementation of a National Badger Vaccination Strategy

Badger Trust is calling on its Badger Groups and supporters to send the letter to their local MPs, who in turn can forward to the Defra Secretary George Eustice, seeking a response on the issues raised.

The letter will also be forwarded to the leader of the Opposition, the Shadow Environment Secretary and chair of Natural England. 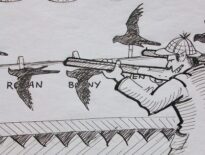 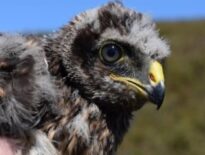