They just can’t help themselves. It doesn’t matter how much legal protection Hen Harriers have, it doesn’t matter whether they’re in our so-called ‘national parks’, it doesn’t matter how much BS the lobbyists spout about nesting successes, some driven grouse moor estates simply refuse to share any of ‘their’ space or ‘their’ grouse with them. Just as they did in December last year RSPB Scotland has had to post a press-release talking about the ‘disappearance’ of two satellite-tagged Hen Harriers on grouse moors, this time in the Cairngorms National Park. Once again the birds ‘disappeared’ (legalese for ‘almost certainly killed but we just can’t prove it yet’) during lockdown (a period where the public stayed indoors but which gamekeepers seem to have reacted to by going on a wildlife crime spree). Once again we will quote the statistic that comes direct from a report looking at raptor persecution: 72% of tagged Hen Harriers were confirmed or considered likely to have been illegally killed, and this was ten times more likely to occur over areas of land managed for grouse shooting relative to other land uses.

Recently the lobby groups supporting the obnoxious ‘hobby’ of blasting Red Grouse (and Hen Harriers) out of the sky, attempted to pull the wool over the public’s eyes by praising the number of harrier nests on moorland (and muddying the waters about what was and what wasn’t an RSPB Reserve, according to a withering blog by Mark Avery).

It should be blindingly obvious to even the most slow on the uptake, that allowing Hen Harriers to nest (and in many cases it certainly is ‘allowing’) is nothing more than a PR exercise to head off concerns over future grouse moor licencing if estates fail to protect birds pf prey. That’s because the number of nests is an absolutely meaningless metric if there is no long-term survival of any chicks that fledge from those nests. You don’t need to be an academic to understand that if there is a queue forming to shoot the young birds once they leave the nest, then there will still be no increase in Hen Harriers. Boxes might be ticked, the estates may put out self-congratulatory notices, and gullible (or complicit) media might publish them – but the population of Hen Harriers will remain far too low and nowhere near where it would be if gamekeepers on these blighted estates stopped killing them.

And how has the shooting industry reacted to yet more appalling wildlife crimes on their bloody grouse moors? Just as you’d expect. The redoubtable Ian Thomson, the RSPB Scotland’s Head of Investigations (who’s also quoted below) summed up the ‘depressingly predictable’ response in a succinct tweet this morning:

RSPB Scotland is calling on the Scottish Government to move quickly to introduce the licensing of grouse shooting, following the disappearance of two more satellite-tagged hen harriers on moors in the Cairngorms National Park revealed on BBC Scotland’s Landward this evening.

As detailed in the programme, Marlin, a young male, fledged from a nest at the National Trust for Scotland’s Mar Lodge Estate in Aberdeenshire in 2018, while Hoolie, another male, came from a nest in Easter Ross in the same year.

Before they left their nests, both birds were fitted with a satellite tags as part of the EU Hen Harrier LIFE project which have allowed experts to track their movements ever since. Marlin flew south after fledging and spent the last two winters in North Yorkshire. Hoolie crossed the sea to Ireland, returning there for the last two winters, where his movements have been closely followed by Irish ornithologists.

In March 2020 Hoolie returned to Scotland, most likely with a view to finding a mate and raising chicks of his own. However, a month later his tag suddenly stopped transmitting. His last transmitted location was on 5 April and showed he was over an area of moorland intensively managed for grouse shooting near Newtonmore, in the Cairngorms National Park. He disappeared close to where another tagged hen harrier Lad was found dead, with injuries consistent with being shot, in 2015.

Just three days later, on 8 April, Marlin’s tag also stopped suddenly. He too had returned to Scotland, and his last transmitted position was over a driven grouse moor near Strathdon, West Aberdeenshire, in the Cairngorms National Park. Last April, another Mar Lodge hen harrier, Marci, also disappeared suspiciously, less than a kilometre away, on the same grouse moor.

When a tagged hen harrier dies of natural causes the tag continues to transmit its location allowing for the body to be recovered. Police Scotland carried out searches for the birds but neither the tags or the bodies were found, and neither tag has transmitted further data.

“Scotland had only just been put into lockdown in early April and yet protected birds of prey equipped with highly reliable technology have disappeared on land managed for driven grouse moors. The fact that these two birds have disappeared very close to where other similar incidents have occurred only heightens suspicions that these birds can be added to the very long list of protected birds of prey killed on grouse moors.

The Scottish Government’s independent review of grouse moor management, published at the end of last year accepted the need for regulation of grouse shooting but proposed a five year probationary period to allow populations of hen harriers and other birds of prey on or near grouse shooting estates to recover to a ‘favourable’ conservation status. We believe that this approach is unworkable in practice and urge the introduction of a licensing scheme as soon as possible.”

[EDIT 27 June 20: This ‘Google Alert’ reinforces exactly what we wrote yesterday. the first link is to lobbyist bluster about ‘more nests’, the second to what is happening to the chicks that are hatching from them…] 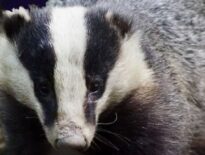 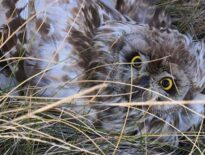