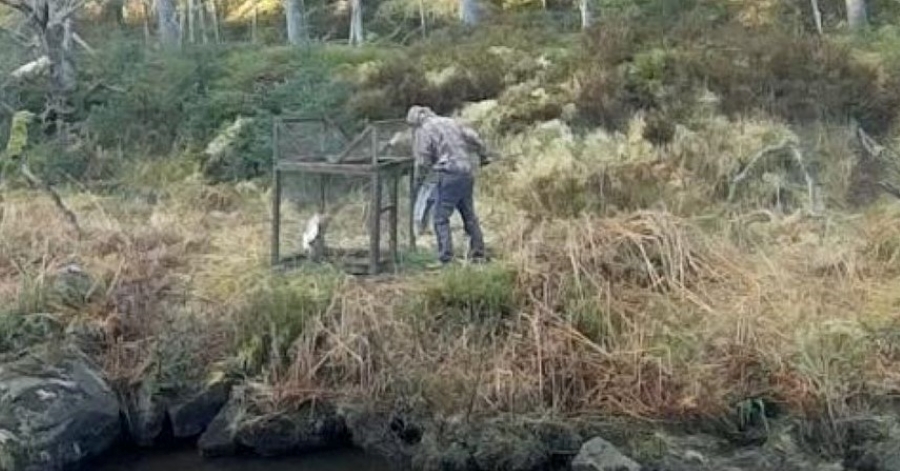 The media stories triggered by the filming of a ‘masked man’ killing a Goshawk, one of the UK’s rarest and most persecuted birds of prey, continue to build. Today the Yorkshire Post is reporting that three gamekeepers have been suspended (note ‘suspended’, not ‘sacked’ – we discuss this below). That’s an interesting development in itself, but Goshawks are routinely killed on shooting estates, so why has this bird made the headlines?

Four elements stand out that have probably helped this particular case gain traction:

So, with all that going on and the current focus on the criminality that is rife within the grouse killing industry, any gamekeeper involved with (take a deep breath) breaking the law, bringing suspicion on the way the Duchy of Lancaster operates, embarrassing the national park, and infuriating the locals (phew!) would be in deep trouble surely?

Well, not exactly. As the Yorkshire Post handily explains:

The head gamekeeper and two underkeepers on the Goathland estate were interviewed under caution by North Yorkshire Police on suspicion of being involved in the raptor’s death in May, with their solicitors present. They voluntarily attended the interviews, but would have been arrested had they not done so.

The crime took place on one of the two managed grouse shoots that make up the Goathland estate. The land is part of the Duchy of Lancaster, which provides a private income to the Queen as ruling sovereign.

The area is leased to a commercial shooting company called W&G LLP, who in turn have appointed Scottish agents BH Sporting to manage the moor.

…The three gamekeepers were subsequently suspended from their duties by their employers BH Sporting and one has since resigned. Police investigations are ongoing, and officers who visited the moor in June found that the shoot appeared to be operating as normal, with two of the keepers having been reinstated following their colleague’s resignation and ahead of the start of the grouse season on August 12.

Police also believe the third worked his notice period before leaving the role.

…BH Sporting did not respond to a request for comment.

…The killing of birds of prey has been illegal for more than 60 years. The shooting industry has pledged to regulate the activities of its employees, but there have still been numerous persecution incidents, including the shooting of four buzzards found hidden in a hole near Bransdale Moor in April and a buzzard poisoned in Nidderdale in March.

…Yet a police officer with experience of investigating wildlife crime said that often, a conviction is only the means to a greater end. “It’s about more than the sentencing. If we get a conviction, we can then justify looking into that individual’s suitability to hold a firearms licence. If their licence is revoked, they will lose their job. If they lose their job, they will lose their tied house and they will end up leaving the shoot. That is more impactful than an £800 fine…But we know that within the industry, gamekeepers who are convicted of this offence and resign are often quietly found new jobs at other shoots in other areas.”

Lobbyists for the shooting industry (as noted in the quote above) bleat endlessly about how determined they are to root out ‘the bad apples’ and purge the criminals from their midst. So, what did the industry do here? Virtually nothing. Of three keepers involved (and we know they were involved now because of the estate’s ‘actions’) one ‘worked his notice‘ before resigning, the other two were ‘reinstated following their colleague’s resignation and ahead of the start of the grouse season’.

With our sarcasm hat firmly in place can we just say, Wow, how impressive is that? It must have taken some balls for a mild-mannered estate manager to go that hard on the protected species known as ‘gamekeeper’. Shockwaves must still be rippling through the ranks. Gamekeepers will be quaking in their muddy boots as they line up the sights on the next raptor that strays into what it thought was ideal habitat. They’ll be re-writing the manuals at gamekeeping school on the back of this strong statement of intent. A resignation and two suspensions before being quietly folded back into the operation. Yes, that’ll help cut down on raptor persecution…

Back in the real world where you can be taken to court for interfering with a snare, that is an utterly pathetic response by the estate. Little wonder that no-one outside of the shooting industry believes for a milli-second that there is any intention whatsoever to ensure employees obey the law, clean up its own house, or even join the rest of us in the 21st century where we care about wildlife and the environment. If they won’t do it, the rest of must do it for them. Licencing? Come on, these clowns have been laughing at us all for long enough. It’s time to shut the bloody industry down and watch our birds of prey bounce back once the relentless persecution they face is removed.

One thought on “Three gamekeepers ‘suspended’ over killing of goshawk” 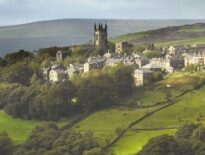 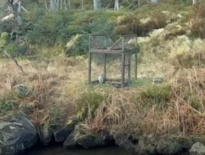 Blog Posts Goshawk ‘killing’ was filmed on one of…
1