You have to wonder just what it is that hunters have against the European Turtle Dove. At a stretch (‘different times’ and all that) it is possible to perhaps understand the hunting of a once abundant species that appeared in the spring skies and roosted in huge groups just when rural communities needed a plentiful food source, but to still be killing them now? In the 21st Century? When all the data shows that the species is in severe decline (data published in 2016 showed that the UK population of Turtle Doves had declined by 93% since 1994, a trend mirrored across Europe, where there was a decline of 78% between 1980 and 2013)? And no-one can genuinely claim ignorance of that. In 2015 the IUCN upgraded the European Turtle Dove on its Red List from Least Concern to Vulnerable where it remains after a 2019 assessment (saying that, “This species is listed as Vulnerable. It has undergone rapid declines in much of its European range, whilst in Russia and Central Asia it is thought to have experienced further severe declines. Declines are thought to be driven by a number of factors including loss of foraging and nesting sites as well as disease and hunting along its migration routes”). 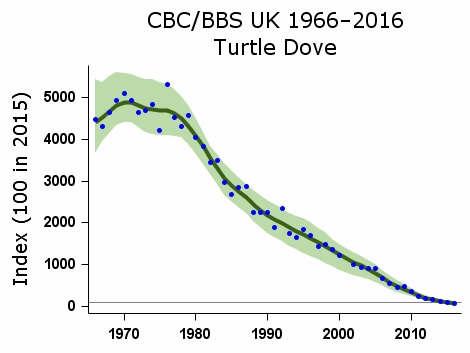 No country in the EU is immune from charges that hunters wield too much power (and that includes the UK of course).  In 2016 the IUCN urged the European Commission to immediately request the Maltese authorities to protect the European Turtle Dove. Malta notoriously proceeded with opening its spring hunting season by applying a derogation to the EU Birds Directive, allowing 5,000 birds to be shot.

France has similar form, consistently doling out derogations from the EU Birds Directive like sweets to its truculent ‘chasseurs’. In fact France has been described as ‘an EU outlier‘ by Yves Verilhac, who represents BirdLife International in France. “64 species can be hunted in France, contrary to Netherlands which authorises only 2. The average in the EU is 30 species, making France the most lenient country towards hunters,” he claimed in June this year.

Prior to data on the rapidity with which Turtle Doves were disappearing from the landscape, French hunters were killing around 92,000 a year (there are no accurate figures as hunters notoriously underestimate the number of birds killed). In 2019 the government responded to international concerns but still permitted hunters to kill 18,000 Turtle Doves (a figure reached after a scientific committee recommended no hunting at all because of the Europe-wide population decline, or – at worst – to permit the shooting of no more than 1.3% of the French population, or 18,300 birds).

Now Barbara Pompili, the new Minister of Ecological Transition in the French government, has presented a draft decree that would allow the killing of another 17,460 Turtle Doves this autumn (a figure equivalent to around eight times the entire UK breeding population in 2019). Pompili only took on the role at the beginning of July but one of her first meetings was with the president of the French National Federation of Hunters (or FACE, which routinely counters any restrictions on its members by claiming that hunting is sustainable and selective).

For more information on what conservationists are doing to try to save the Turtle Dove here in the UK and Europe please visit the following links: 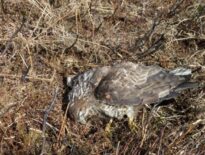 Blog Posts Yorkshire Post: ‘Another Buzzard has been po… 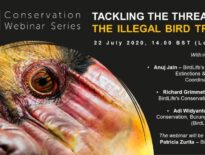