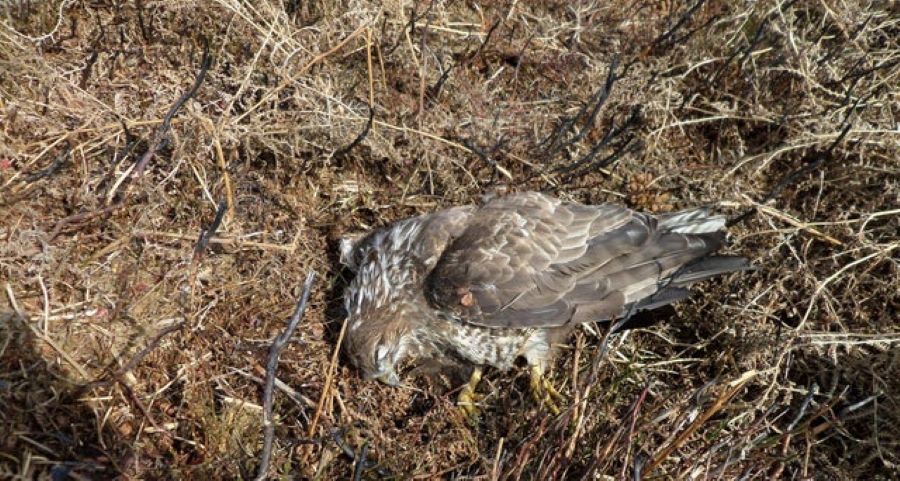 The Yorkshire Post (a daily broadsheet newspaper, published in Leeds and covering the whole of what used to be Yorkshire as well as parts of north Derbyshire and Lincolnshire) is reporting yet another incident of raptor persecution from the North Yorks Moors so-called ‘national park’ (it’s getting harder and harder to equate the reality of the disgraceful behaviour of the shooting industry inside this raptor sinkhole of a ‘national park’ with what most of us expect a national park to be).

Under the damning headline, “Another buzzard has been poisoned in North Yorkshire“, the Post article explains that yet another Buzzard has been found dead on a grouse moor, Live Moor, inside the North York Moors Shooting Gallery (aka the NYM National Park). The bird was found dead in March, but of course with labs (and pretty much everything else except gamekeeping) closed during lockdown it’s only recently that toxicology tests were carried out.

For anyone keeping count this is the THIRD raptor persecution crime to be reported in the North York Moors ‘national park’ in recent months: in April five dead buzzards were found shoved in a hole on a grouse moor in Bransdale, four of which were later confirmed to have been shot, and last week three gamekeepers on the Duchy of Lancaster’s grouse moor at Goathland were suspended following an investigation into the trapping and killing of a Goshawk in a crow cage trap. Additionally, another Buzzard was recently found shot in Appleton-Le-Moor just off a grouse moor in the park.

In the months leading up to this year’s grouse shooting season – which begins on August 12 – there have been several police investigations into raptor persecution after the bodies of protected birds of prey were found in suspicious circumstances.

In the latest incident, police have confirmed that a buzzard found dead on Live Moor, near Swainby in the Hambleton area [edit: which is within the North Yorks Moors National Park] in March was killed with rat poison following the results of toxicology tests.

Buzzards are one of the most common species of raptor targeted by those associated with commercial shoots, who kill the birds because they prey on grouse.

The Live Moor buzzard was found by a member of the public on March 20 and reported to the RSPB. A post-mortem examination revealed it had ingested a high concentration of the toxic chemical chloralose, but had no other injuries.

Inspector Matt Hagen, who heads up North Yorkshire Police’s Rural Task Force to tackle wildlife crime, said: “A low percentage of chloralose was commonly used in rodenticides to kill mice but is only currently permitted for use indoors and at a small dose. As such, there is no way this buzzard could have come into contact with such a high concentration of this poison by accident and we believe someone deliberately set out to kill this bird by poisoning.

“Unfortunately, this is the latest in a number of similar cases where birds of prey have been subjected to cruel and illegal persecution here in North Yorkshire. We are doing everything we can to try and find those responsible but we really need the public’s help as they are acting as our eyes and ears around the county. Anyone with information about this or any other incident of bird of prey persecution should contact the police on 101, we all have a part to play in putting an end to these unacceptable crimes.”

Further concerns were also raised because the amount of poison found in the buzzard was enough to kill a child or a pet.

The shooting industry really is a national disgrace. Its gamekeepers went on a killing spree during lockdown, and this incident would seem to be a part of that pattern. And if that seems unfair on these doughty professionals (cough), it’s worth remembering a recent Channel 4 interview in which Inspector Matt Hagen, Head of North Yorkshire Police’s Rural Crime Team, was asked about the extent of raptor persecution on local grouse moors in a discussion with renowned reporter Alex Thomson:

Matt Hagen: “All the shooting investigations that we’ve got going on at the moment are involving gamekeepers on grouse moors“.

Alex Thomson: All of them?

Matt Hagen: All of them.

Alex Thomson: Every single one?

Back in May this slaughter was reflecting so appallingly badly on the shooting industry that the Shooting Times editor Patrick Galbraith tweeted that “If we don’t take the bull by the horns, the future looks bleak“. The demise of this crime-ridden industry might indeed be seen as bleak by some (mostly those who enjoy using sentient beings for target practice), but it will be warmly welcomed by many others. In fact it can’t come soon enough. 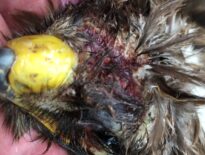 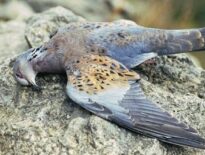