We probably don’t talk enough about fish on The War on Wildlife Project. They are of course ‘wildlife’ (even if some governments just see units of protein or a resource used to delineate national boundaries), they are abused all around the planet, and vast, vast numbers of them die every year scooped up out of the sea and either left to suffocate on a ship’s deck or slowly frozen alive in a ship’s belly.

As we wrote back in March, no-one really knows exactly how ‘vast’ those catches are in terms of the actual number of lives they represent. According to a 2018 Food and Agriculture Organisation of the United Nations (FAO) Report, “world total marine catch was 79.3 million tonnes in 2016“. How many fish is that? No-one bothers to count them beyond ‘the tonne’, no-one knows how many are caught illegally, no-one knows how many die from wounds after escaping nets, and no-one has a clue how many fish are caught and thrown away dead as ‘bycatch’. One report made a valiant attempt in 2010 and came up with an estimate of between “0.97-2.7 trillion wild fish” caught globally each year. (This figure is wild-caught fish, and doesn’t include the huge numbers caught and killed in fish farms each year).

These are largely marine fish of course, and as long ago as 2003 a global study concluded that 90 percent of all large fishes had already disappeared from the world’s oceans since the 1950s, the devastating result of industrial fishing. in 2019 the UN Food and Agriculture Organization estimated that a third of commercial fish stocks (ie populations of live animals exploited commercially) were being harvested at biologically unsustainable levels (ie were being killed faster than they could reproduce).

Now a new report by a coalition of conservation organisations (the World Fish Migration Foundation, Zoological Society of London, International Union for Conservation of Nature, World Wide Fund for Nature, and The Nature Conservancy) has been published which looks at populations of migratory freshwater fish – species like salmon, eel, and the South American dorado catfish.

Nearly half of the world’s more than 30,000 fish species live in fresh water, and many of them—perhaps most—migrate between habitats for breeding and feeding (if they can get between them) and the declines in their populations are quite staggering. Using abundance information for 1,406 populations of 247 fish species listed on the Global Register of Migratory Species, researchers found that monitored populations of migratory freshwater fish around the world have declined by an average of 76% between 1970 and 2016. Average declines have been more pronounced in Europe (-93%) (where an estimated 1.2 million water barriers disrupt the natural flow of rivers) and Latin America & Caribbean (-84%). The biggest drivers of population decline are habitat degradation, alteration and loss, and over-exploitation. All of these, the report states, are inextricably linked to human use and impact.

And as the author’s point out, migratory fish don’t exist in some sort of unique bubble habitat, separate from all other forms of life. They live in rivers, lakes, and wetlands that many, many other species also utilise – including birds, mammals, invertebrates, plants, and the one that’s been ‘inextricably linked’ to these enormous declines. Us.

“The statistics are shocking but we know migratory fish populations can bounce back,” said Herman Wanningen, founder of the World Fish Migration Foundation and one of the report’s authors.

“We need to act now before populations get to the point where they are too low to recover. Now is the time to value migratory fish and the rivers that sustain them.”

With hydropower, overfishing, climate change and pollution on the rise, populations of migratory freshwater fish species have plummeted globally by 76% on average since 1970, including a 93% collapse in Europe.

This is according to the first comprehensive global report on the status of freshwater migratory fish by the World Fish Migration Foundation (WFMF), Zoological Society of London (ZSL), International Union for Conservation of Nature (IUCN), World Wide Fund for Nature (WWF), and The Nature Conservancy (TNC).

The collapse in migratory freshwater fish populations is worse in Europe than any other continents. This data is part of an alarming regional trend. In the EU, 60% of rivers, lakes, wetlands and streams are currently not healthy, impacting on the quality and availability of water and the species populations they house, including freshwater fish species (migratory and non-migratory), birds, mammals and amphibians.

The huge number of dams, weirs and barriers in Europe – many for the purposes of hydropower, but also flood defence, irrigation and navigation – is one of the main reasons for the terrible state of rivers and decline in migratory freshwater fish species. Just last month, Europe was shown to be the most obstructed river landscape on the planet, with at least 1 million barriers in operation. This data starkly complements the first Europe-wide mapping of hydropower plants, released by WWF last year, which found the continent’s rivers to be saturated with more than 20,000 hydropower plants, and more than 8,000 additional ones on the cards.

Over 90% of all the existing and planned hydropower plants in Europe are small, generating at most 10 MW of electricity. If all the planned small projects mapped by the study were carried out, their contribution to the total net electricity generation in the EU would be between 0.2 and 2%.

Where do we go from here?

Through the EU Biodiversity Strategy [2] and the EU’s water protection legislation [3], Europe has the tools to tackle the catastrophic decline in migratory freshwater fish species at the source. However, given the colossal number of hydropower plants in Europe and the environmental havoc these wreak, implementation must go hand in hand with a radical shift in how this energy source is perceived, authorised and financed by the EU.

“The impact hydropower dams have on rivers and their biodiversity – in stark contrast to the contribution they make to renewable energy – is alarming.” said Claire Baffert, Senior Water Policy Officer at WWF’s European Policy Office. “Whilst the sector is by no means the sole culprit for the catastrophic decline in Europe’s migratory freshwater fish species, it is a key driver and has been disproportionately financed by the EU over the years. With more than 20,000 plants in operation, Europe’s hydropower potential has been harnessed. WWF calls on the EU to stop supporting the construction of additional plants, and invest in removing or refurbishing existing barriers.”

Arjan Berkhuysen, Managing Director of the World Fish Migration Foundation, said, “Catastrophic losses in migratory fish populations show we cannot continue destroying our rivers. This will have immense consequences for people and nature across the globe. We can and need to act now before these keystone species are lost for good.”

The authors and organisations associated with this report all call upon the global community to protect free-flowing rivers and guide basin-wide planning by addressing existing threats, adhering to ongoing conservation initiatives and water protection laws, investing in sustainable renewable alternatives to the thousands of new hydropower dams that are planned across the world and fostering public and political will as a part of the Emergency Recovery Plan for freshwater biodiversity. 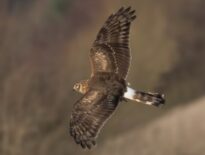 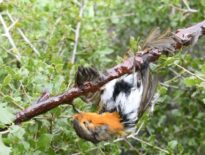