As most readers of this blog will not need to be reminded, birds of prey in the UK have been incessantly persecuted by the shooting industry. Much of this persecution takes place in remote areas, out of sight of the police, fieldworkers, and the public. Researchers have been attempting to stem this flood of crimes against birds of prey while fitting chicks with lightweight satellite tags to study their movements. The tags relay GPS information, and while the use of this technology has helped them pinpoint where persecution is apparently taking place, what’s being recorded is that the tag has suddenly stopped working or the bird carrying it hasn’t moved for a while rather than the tag ‘reporting back’ that the bird it’s fitted too has actually died or been killed.

Last year campaigners were approached by a small team calling themselves 3rd Eye Technology (3ET) with a proposal to invent a fix: satellite tags fitted with miniature cameras. Led by a well-known member of the birding community, 3ET stated that they intended “to produce a CamTag® to work in conjunction with existing satellite tags“. Collecting live photographic evidence to help with future investigations is a logical next step. It would also be useful, says 3ET, to use the technology to capture images of the birds’ day to day lives, learning more about their interactions with other harriers or predators for example.

To us this sounds like an absolutely game-changing idea. Satellite-tags have become increasingly lightweight and less ‘burdensome’ to the birds they’re fitted to (they’re designed to drop off after a period of time), and adding a camera which could record illegality as it takes place would be a huge step forward. While we have 100% confidence in the intentions of 3rdEye Technology, we’d be the first to acknowledge that we don’t have the technical background to know whether what they’re suggesting is actually possible.

Encouragingly, smaller and smaller microchips are already in development though: the University of Washington reported last month that it had managed to fit a tiny, steerable, wireless camera weighing about 250 milligrams to a beetle’s back. The camera streams video to a smartphone at 1 to 5 frames per second, “allowing a viewer to capture a high-resolution, panoramic shot or track a moving object while expending a minimal amount of energy“.

If you can fit a camera to a beetle, then surely fitting a camera chip to a raptor should be entirely possible. While 3ET is under no illusions of the logistical difficulties still ahead the team have been working with a microchip company and do now appear confident of developing a working product. First, though, they say, they need to secure start-up funding. In their latest communications, the team say that they are envisaging a two-step process. First, a Proof of Concept (POC, also known as a Feasibility Study) needs to be conducted over a six-month period. Grants and match funding are being sought to allow this first phase to be implemented along with a forthcoming Crowdfunding appeal. If the target sum can be successfully raised, CamTag®3ET will be able to immediately start the POC. The initial study should give the answers to the challenges faced to produce a fully functional camera satellite tag (although many answers were forthcoming in a recently commissioned university report for 3ET). It will also give a larger than life working prototype, and a budget forecast, which will then allow 3ET to plan and advance to Stage 2, the manufacturing and testing phase. The intention is to fund ‘Stage 2’ with further crowd-funding, grants & match-funding.

There is no doubt that a satellite tag that relays video or photographs back to an operator would be very welcome news to everyone trying to find better ways to protect species like Buzzards, Red Kites, Golden Eagles, and of course Hen Harriers. We’ve written about the persecution of Hen Harriers many times of course, but in the run-up to Hen Harrier Day 2020 it’s worth reiterating just how widespread the targeting of this species still is.

Hen Harriers are perhaps the UK’s most persecuted bird of prey. While they mostly feed on small birds and mammals like Meadow Pipits and voles, Hen Harriers do take Red Grouse chicks. Despite full legal protection they are relentlessly persecuted by estate owners to protect shooting profits. In a recent post we quoted a study that said that 72% of satellite-tagged Hen Harriers were confirmed or considered likely to have been illegally killed, and that crimes were ten times more likely to occur over areas of land managed for grouse shooting relative to other land uses.

In June this year Raptor Persecution UK tallied up a list of the individual Hen Harriers believed to have been illegally killed since just 2018, the year when grouse shooting industry reps would have us believe that Hen Harriers were welcomed back on the grouse moors and safe from those ‘few bad apples’ roaming the uplands: there were at least thirty-three.

That’s thirty-three Hen Harriers that might perhaps still be alive if shooting estates had thought the birds had been wearing a satellite-tag capable of collecting images of the persecution itself.

Fed up with years of inaction and failures by cross-party governments to uphold the law and single out those that feel they are above that law? Of failures by the game shooting organisations to clean up their act and to curtail their members, seemingly many, many bad apples, from committing these illegal acts (although to be honest they haven’t really tried very hard, have they)?

We would love to see this project become a reality. It will take financial support though, and no-one can be unaware of the economic chaos and uncertainty caused by Covid-19. The team at 3ET recognise that it’s perhaps not the best time to be asking for donations. As we’ve said above, while we can’t guarantee that the concept will ever be realised we have no doubts about the sincerity of the team behind 3ET. If you would like more information (or would even like to discuss pledging a donation to help kickstart the POC), the team can be contacted by email at Raptor3ET@gmail.com. The 3ET website Raptor3ET.com will be live in the very near future with more details and updates when available. They are also on Twitter at @Raptor3ET – the team suggest using hashtags #CamTag #R3ET in any mentions.

Tackling wildlife crime is a priority for The War on Wildlife Project of course and we’ll be following developments here on our website. 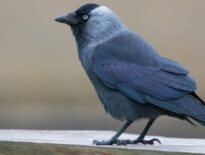 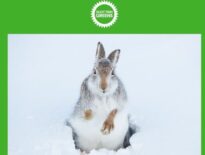