Tom the Golden Eagle. Last known location before his tag ‘failed catastrophically’ was Strathbraan in Perthshire, an area where two other tagged young golden eagles have vanished previously and a spot ‘infamous’ for its raptor persecution. He’d spent much of the previous winter on Mull, off the Scottish west coast – an island renowned for both Golden and White-tailed Eagles.

Raptor Persecution UK posted an overview of Tom’s known movements before he ‘disappeared’ like so many other birds of prey over a grouse moor.

In the video below Chris Packham describes the life of ‘Tom’, satellite-tagged as part of a project with Raptor Persecution UK just last year.

RSPB Mull Officer Dave Sexton said: ‘I’m desperately sad and angry, as many others will be, that yet another of Scotland’s national birds has vanished without trace on a driven grouse moor, a notorious raptor persecution hot spot, in Perthshire. How many more incidents like this involving our magnificent birds of prey will it take before our Scottish Government acts?

‘Mull is known as Eagle Island and it’s no surprise this young male golden eagle chose to spend so much time with us. I’m lucky enough to see golden eagles on a regular basis and may well have seen Tom soaring and gliding over the Mull mountains, possibly interacting with our resident pairs. If only he’d chosen to stay, he might still be alive today. But he’s now joined a long list of other eagles which have vanished on intensively managed, driven grouse moors with zero tolerance of predators.

‘Our first First Minister Donald Dewar called it a national disgrace many, many years ago. It still is, as well as being an international embarrassment and highly damaging for Scotland’s wildlife protection reputation.’

Tom’s satellite tag showed his last known location on May 18 was Strathbraan, Perthshire. Where two other tagged golden eagles (Adam and Charlie) both disappeared within hours of one another in 2019. Where a gaggle of gamekeepers and land owners attempted to launch a war on Ravens.

And in just a few days where the shooting industry’s annual war on Red Grouse will begin again. 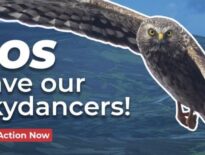 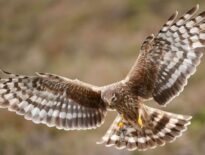