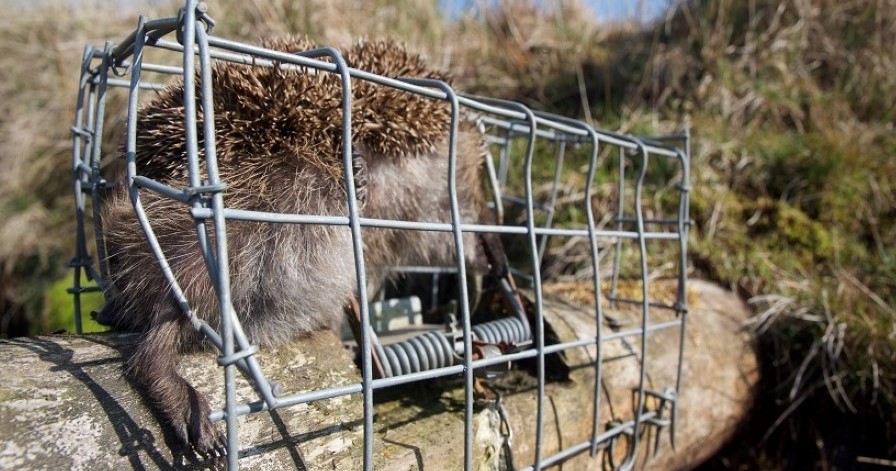 The shooting industry is not just responsible for the wildlife it kills for ‘sport’. it spends the year routinely killing a range of mammals and birds that it alleges will impact its profits: in particular foxes, stoats and weasels, crows, and – of course – birds of prey.

While the latter are killed illegally, everything else is covered by a series of General Licences. These are more implied than actual, poorly enforced, ridiculously broad, open to almost anyone who wants one, and some of them – as Wild Justice has been proving in a series of Judicial Reviews – are even unlawful. Almost unbelievably given the huge numbers of animals these General Licences allow to be killed, there are no requirements to tally up the totals. None whatsoever. No requirement to determine whether removing so many animals is having an impact on either their own populations or of other prey or predator populations. No ecological assessments. No surveys.

Essentially if an estate wants something removed that they claim interferes with shooting, they just go ahead and do it.

Campaigners and activists have complained for years that this amounts to an unrecorded and undercover ‘war on wildlife’. It’s obvious why the industry doesn’t want figures collected – because they would horrify most right-thinking people if they were ever published. Now though The League Against Cruel Sports Scotland has done just that, and published a comprehensive and robust field study of what is termed ‘ground predator control’ on Scotland’s shooting estates titled ‘Calculating Cruelty‘ (download the report here).

Between June 2018 and September 2019 a surveyor, with over 20 years experience of game management recorded the scale, distribution and use of legal grouse moor management equipment and practices. Using the Scottish right to responsible access, the estates were walked and all ground was viewed so that the items being specifically surveyed were likely to be found.  All ground was covered at least once with all tracks and watercourses checked carefully. The estates surveyed were had various intensities of management practices. They included:

The survey was carried out without the estates being notified so that the data were not biased by management practises changing as a result of the survey and no legally set trap or snare was interfered with in any way. This is the first time that such a widespread and detailed survey of estates has been undertaken.

Analysis by a leading scientist of the survey data collected for the report concludes that:

Robbie Marsland, Director of the League Against Cruel Sports Scotland, has commented on the report saying: “These figures have shocked and appalled us. This is the most comprehensive, quantitative study of predator control giving an illustration of the grim reality of Scotland’s grouse moors, where up to a quarter of a million animals are simply wiped out to ensure grouse numbers are kept artificially high.”

“Our report ‘Calculating Cruelty’ leaves us in absolutely no doubt that managing such large parts of Scottish moorland for an industry which makes a woefully low contribution to the economy is entirely misguided and outdated.”

“The enormity of the figures produced by the data in this report is simply staggering. The League and our partners in Revive, the coalition for grouse moor reform think it is unconscionable to kill any animal, let alone up to a quarter of a million, to ensure that hundreds of thousands of grouse can then be shot for ‘sport’.“

Up to a quarter of a million animals killed each year just to support the shooting industry.

Remember, these figures apply only to Scotland. They do not include what will be similar figures to support grouse shooting in England, nor do they include the vast numbers of wildlife killed to support pheasant shooting in England and Wales. And remember too that this removal of wildlife has been going on for decades. All of it to support an industry that lobbyists describe as ‘glorious’, ‘traditional’, ‘a great day out’, and all of which – they claim – is supported by the communities they blight.

It’s worth pointing out as well that licencing grouse shoots will not mean fewer animals killed. In fact, licencing effectively legitimises the snaring and trapping (and shooting of grouse) by saying that grouse moors only need to stay within current laws. We’ve debated the question of enforcement already (see ‘Licencing grouse shooting – why?‘) but we also oppose licencing for ethical reasons: it is simply not good enough to say that it is okay to kill millions of animals (and we’re talking about the animals killed in traps as well as killed by the gun) which is what granting a licence implies. It’s hard to see how any conservation organisation that claims to be pro-wildlife can genuinely see licencing as an acceptable way forward, even when, as they claim, licencing is a first step or a foot in the door. The shooting industry is abhorrent but it’s not stupid: why would the industry ever change once they have a licence telling them what they’re doing is legitimate?

The question is often asked of the team running this website, ‘Is there really a war on wildlife‘? When it comes to the shooting industry especially there absolutely is a war taking place. It is an industry based on putting profit before the lives of wildlife, a complete lack respect for the lives of millions of animals and birds, and an archaic, humano-centric belief that we are entitled to do whatever we want with nature and the environment.

If that sounds ‘extreme’ we remain absolutely unapologetic. In fact, we’d go further and predict that in time this viewpoint will become the accepted ‘norm’ and it will be the industry that deliberately organises and eulogises the slaughter of millions of animals that will be seen as unacceptably ‘extreme’ and far from what the rest of us consider ‘normal’.

Grouse Moors: how many de… 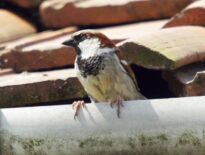 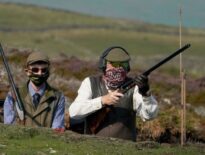