As we’ve noted several times on this site, Langholm Moor, in the Scottish borders, was put up for sale by the Buccleuch Estate in May last year. Langholm is known to most of us interested in the links between Hen Harrier persecution and shooting profits (the former are legally protected, the latter are most certainly not), as the site of two long-term studies which were supposedly intended to better understand the so-called ‘conflict’ between raptors and grouse moor management. As of writing the results of the studies (which were shut down early) have still not been published.

Fortunately, rather than seeing the land being sold on to grouse farmers, a group of locals, calling themselves the Langholm Moor Working Group, proposed a land buy-out to take the grouse moor into community ownership and relaunch it as “species-rich nature reserve to benefit local people, nature conservation and tourism“. This land would then be managed as the ‘Tarras Valley Nature Reserve’, which would see globally important peatlands and ancient woods restored, native woodlands planted and regenerated along river valleys, and open moorland protected for ground-nesting birds.

Kevin Cummings, who works for the Langholm Initiative (LI), a well-established charity which co-ordinates the Langholm Moor Community Buyout, recently sent out an email updating donors to their Crowdfunder (which closed after easily reaching its £5000 target), saying:

It is of course expensive to buy even a relatively barren grouse moor and convert it into a nature reserve, and despite the Crowdfunder the proposed buyout is still short of the sum they need. This year’s online Hen Harrier Day pledged to raise donations for the Buyout and have now donated a very respectable £10,000. The John Muir Trust has donated £100,000. But even better news came this week in the shape of a huge donation by the Dunblane-based Carman Family Foundation, which was set up to assist with projects that both enhance biodiversity and encourage people to gain knowledge and enjoyment from the newly enhanced land (and which earlier this year helped the Woodland Trust to buy Fairy Glen, a short valley near Spinningdale).

“We’re delighted to be helping bring this special area into the ownership of people who take biodiversity – both flora and fauna – seriously. Langholm Moor deserves to be protected and enhanced because it is crucial that we all help the natural environment stabilise and re-establish, but also because it will act as an excellent example of how humans can work together in selfless communities. We think it is really important that the buyout succeeds, and would urge all who read this to contribute as much as they can.”

The community buyout is still facing a race against time, though. The Scottish Land Fund (part of the National Lottery Community Fund) recently awarded the Langholm Initiative £1 million, a third of the amount applied for, on condition the purchase of Langholm Moor is completed by October 31. LI is now asking the Fund to extend that October deadline. Benny Higgins, Executive Chairman of Buccleuch, has also written to them to express Buccleuch’s support for an extension, which would increase the prospects of a successful outcome in the community buyout discussions.

The Langholm Initiative is also working with the new South of Scotland Enterprise Agency. The charity is seeking other major funders and is urging people who can help to get in touch.

RSPB calls for a ban on peatland burning: why?
Interview | Luke Steele, Wild Moors
Huge majority of Scots opposed to grouse shooting
Langholm Moor Community Land Buyout
Portrait of a fox cub on grouse moor
The Langholm Initiative | Dare to dream the 'impossible dream'
Yorkshire Post: 'Another Buzzard has been poisoned in North Yorkshire'
Yorkshire Water bringing grouse shooting to an end
While we were in lockdown, the wildlife criminals were out in force
Podcast: Crow Cage Traps 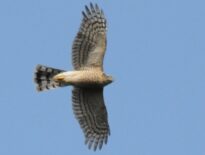 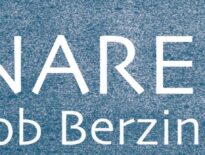