North Yorkshire. How sad that for many of us the very name of what is undoubtedly a beautiful and evocative part of the UK, has become synonymous with the illegal persecution of birds of prey. Persecution to protect Red Grouse which moorland landowners flog off to the ‘have gun, will travel, don’t especially care what we shoot, and don’t especially care about your missing Hen Harriers‘ crowd. It’s such a shame. It’s become so bad that even local newspapers like the Yorkshire Post (a daily broadsheet published in Leeds and covering the whole of what used to be Yorkshire as well as parts of north Derbyshire and Lincolnshire) appear to have become highly irritated that wildlife criminals are turning their corner of the country into a byword for raptor persecution.

In July this year the Post printed a list of SIXTEEN raptor persecution incidents from just January 2018 to July 2020 under the heading ‘North Yorkshire – a black hole for raptors‘. And now they’ve followed that up with a nice article looking at what has become known as ‘The Hartoft Mural’.

Painted by Nicky & Simon Johnston who live in the village of Hartoft in the North York Moors ‘National Park’ (a national park that appears to offer the same levels of protection to raptors as China’s Ambassador to the UK offers to the Uighur minority), the mural was painted for Hen Harrier Day 2020 and overlooks a grouse moor. Featuring Hen Harriers, a Goshawk, a Red Kite, Kestrel, Peregrine Falcon, Merlin and a Buzzard (a Sparrowhawk has now been added following a suspected poisoning of one near Ryedale), the artwork’s intent is unmissable. As the Yorkshire Post puts it, “Two retired teachers with a passion for wildlife conservation have sent out a message to criminals who persecute birds of prey“.

Nicky Johnston is certainly very clear on the motivation behind her mural. “We wanted to make the point that a crime is a crime. We have the most wonderful raptors up here, but they are only passing through – they do not stay and breed. There is a local buzzard family I watch, and one of them has a damaged wing where someone has taken a pot shot at it.”

There are rare reasons to celebrate here. As the Post article says, “The artwork has been admired by passing walkers, cyclists and horse riders since they designed it with the help of an artist friend“. It’s one thing for us who don’t live in North Yorkshire to point the (well-evidenced) finger, another thing altogether for local residents to do it. Visitors to the area will be far more likely to ask questions and want to find out why the mural was painted when it covers a wall right inside the park.

The same perhaps goes for blogs like this and the world-class Raptor Persecution UK (RPUK) which aren’t local to North Yorkshire. All of us are reporting facts (and, yes, opinions) but we probably don’t reach all that many locals. The Yorkshire Post is a regional voice, and when they join in the clamour against wildlife crime (and it’s wildlife crime that underpins the grouse shooting industry) they will reach the very people who can put pressure on local MPs, local councillors, and local businesses to get it stopped.

Having said that it would perhaps have been remiss of journalists at the Post NOT to have seen what’s going on around them. The area is blighted by dead birds of prey and strewn with traps and snares. It’s a horrible combination and as RPUK reported recently a lamb had to be euthanised after stepping on an illegally-set spring trap inside the park on the 8th of August this year. It was found close to Hutton-le-Hole, which is near to where the suspected poisoned sparrowhawk was reported and where a satellite-tagged Hen Harrier ‘disappeared’ in 2018 (see here).

Little wonder really that North Yorkshire has the reputation it has, that ‘two retired teachers with a passion for conservation‘ felt compelled to act, and that a local paper has pulled no punches in its reporting. The next big step forward would be for landowners who don’t break the law to come out and condemn those that do. Each knows who the others are. The silence helps no-one but the criminals.

As Nicky Johnston is also quoted saying in the Post article, “We live in a decent community up here, and there are some wonderful landowners – but there are elements who are causing harm. It’s sad for both sides that they will not come together.

“When people close ranks, the entrenchment starts and they stop listening. Then the wildlife and the way of life are doomed.” 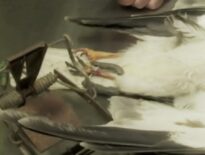 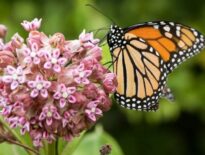