A recent report suggested that sharks – hunted in such vast numbers that more than 50 percent of shark and ray species that have been fully assessed by the IUCN are Threatened or Near Threatened with extinction – are now ‘functionally extinct’ at 20% of the world’s coral reefs. But what does that mean? Are there now no sharks at one-fifth of the world’s coral reefs? And why might that matter anyway?

‘Functional extinction‘ may be a term that is not – at the moment anyway – widely-known, but with a sixth mass extinction (humanity’s ‘war on wildlife’) seemingly imminent, it’s likely we’ll be hearing more and more about species that are considered to be ‘functionally extinct‘.

When the last existing member of a species dies then it is ‘numerically extinct’ and gone forever, but functional extinction doesn’t mean that an animal or plant no longer exists. A functionally extinct species or population does still exist but has declined so much that:

While ‘functional extinction’ is therefore not the same as ‘numerical extinction’ it’s highly likely that because of the factors involved the former will lead to the latter. Before a species vanishes entirely though, removing the ‘function’ or role that it has can have huge impacts on other species within the same ecosystem.

A report looking at wild oysters, for example, which suggested that in Southport, Queensland native oyster reef beds were functionally extinct because more than 99% of the habitat has been lost and there were no individuals left to reproduce, outlined the ‘ecosystem services’ oyster beds performed:

Native oyster reefs provide many ecosystem services including water filtration, food and habitat for many animals (e.g., fish, crabs, birds), shoreline stabilization and coastal defense, and fisheries. For example, shellfish remove suspended solids from surrounding waters, thereby increasing water clarity, which can enable seagrass growth. The same filtration service can also reduce the likelihood of harmful algal blooms, which have important impacts ecologically and economically. Shellfish can also help to remove excess nutrients from coastal bays by facilitating denitrification in surrounding sediments, which has tremendous economic value in areas where nutrient removal is a high priority for coastal policymakers.

Sharks and oysters don’t perform the same roles of course. Sharks are predators, oysters are not. But the relationship between predators and their prey isn’t as binary as it’s sometimes portrayed. Yes, the number of prey controls the number of predators (ie if a predator kills all of its prey then that predator will inevitably starve and die out), but there is what is termed ‘trophic cascade‘ to consider as well.

A ‘trophic cascade‘ is an ecological phenomenon which is triggered by the addition or removal of top predators from an ecosystem (or the functional extinction of that predator). Changes spread like ripples throughout the entire food chain, which can result in huge changes to the structure of the ecosystem beyond just relative population levels of predator and prey.

A classic example of a trophic cascade is the ‘sea otter-urchin-kelp’ interaction of coastal North America. Otters stabilize a system of abundant kelp forests by reducing urchin grazing. Removal of the otters (and fur trappers nearly hunted them to extinction in the 19th Century) shifts the balance of the system towards the urchins, which then dominate leading to substantial reductions in kelp coverage and productivity.

Another example that is widely quoted is the effect that the loss of wolves had on the ecosystem of North America’s Yellowstone Park. Remarkably, wiping out wolves in the park almost led to the loss of a small bird, the distinct southwestern population of the Willow Flycatcher (Empidonax trailii extimus). That wolves and flycatchers could be linked at all seems unlikely, but the answer lies in the loss of riparian trees like willows and aspens that the flycatcher nested in.

In simple terms what happened is this. Wolves were hunted out of Yellowstone by the mid-1920s. With no wolves, the local populations of Elk (which the wolves had preyed on) began to grow. Without predators to keep them on the move, the Elk browsed riparian trees in winter for longer periods, decreasing canopy cover and allowing fewer young trees to develop. Stands of trees thinned and as suitable habitat decreased so, over the following summers, did the number of flycatchers that used those trees to nest in.

Researchers know this happened because in 1995/96, after an absence of seventy years, Grey Wolves were reintroduced to Yellowstone. Not in numbers large enough to decimate Elk, but enough to keep them on the move. Elk on the lookout for a wolf pack tend to move around more, and that decreased the browsing pressure that a large static herd puts on an area. Stands of willow and aspen began to recover and grow taller, creating better habitat for Willow Flycatchers (which appear to favour dense stands of mature trees) and, importantly, for Beavers, the true architects of riverine ecosystems. Beavers have rediscovered an abundant food source in the park and have grown from one colony in the 1990s to nine colonies now: their dams and the lakes they create are also having a positive effect on the stands of trees (which in turn, is having a positive effect on the flycatchers).

Yellowstone may have undergone too many changes to ever be fully restored, and of course other factors come into play when looking at the pressures on a small migratory songbird (climate change and habitat loss on the neotropical non-breeding grounds perhaps), but this example does show just how the direct and indirect ripples of a trophic cascade can have huge local effects.

No-one knows yet what the long-term results of relentlessly removing sharks from coral reefs could be: there are simply too many factors involved, including the complexity of food webs on reefs which involves apex predators, mesopredators, and much more. Interesting research suggests that it may in some cases be profound, though. Algae now dominate many degraded reefs in the Caribbean, for example, and it’s thought that a decrease in the Caribbean shark population was met by an increase in its prey, the grouper. The expanding grouper population has predated parrotfish, which are normally responsible for clearing coral of algae.

Of course discussing whether killing millions of sharks every year might impact reefs or not is somewhat missing the larger point. It’s a bit like just worrying that losing bees might affect our crop yields when biodiversity across the entire planet probably depends on healthy and viable invertebrate populations.

The truth is that humans are constantly meddling and messing around with complex ecosystems we barely understand, and that includes everything from rainforests and vast grasslands to the world’s oceans. We have ripped vast numbers of whales from the sea, are killing stupefyingly high numbers of fish, and killing as many as a hundred million sharks every year to satisfy a demand for a soup. If we don’t know enough to predict how coral reefs might emerge from our ongoing shark slaughter, we can have no idea what an ocean barely hanging on to a diminished clutch of ‘functionally extinct’ species would do to life – all life – on this planet.

But, you know, what’s a little bit of functional extinction and an unknown trophic cascade compared with being able to serve up a bowl of hot cartilaginous gloop to show off to your mates with… 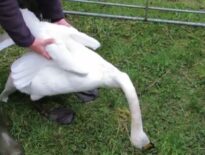 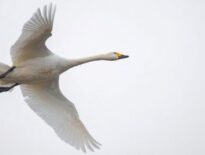