WWF have just released their LIVING PLANET REPORT 2020 and it’s not good news for – well, for anyone. It’s not good news nor is it easy reading. Over well over 100 pages of text and illustration (plus pages of index and references), WWF explains – essentially – that we are taking more for ourselves and allowing less for everything else. There are numerous attempts to cheer us up with new initiatives with catchy names like ‘Bending the Curve of Biodiversity Loss’, but the facts are that the global Living Planet Index continues to decline, which means humans are continuing to ravage the planet and unpick the ecosystems all life relies upon.

Some of the key take-home points in the Report that might just be shoehorned in between headline-grabbers about ‘The Rule of Six’ and Covid-19, Brexit and breaking international law, Biden and Trump, Season 21 of the Kardashians, tunnels under Melbourne full of trafficked children, soaring UK house prices, and how rich Jeff Bezos and Elon Musk are today compared with yesterday, are that:

Further in we are told that:

You probably get the picture. We’re up the creek and we’re paddling faster than ever in the wrong direction.

As stated above WWF are quick to proffer ways that humanity can still turn things around – mainly though, it’s worth noting, for the sake of humanity itself, which is perhaps what they think they will best appeal to the world’s decision-makers (and readers). Unfortunately, the measures they suggest are necessary include putting vast areas of land aside for wildlife, halting climate change in its tracks, redesigning food production systems, and weaning us all off over-consumption – all of which depend on governments that are already dismantling conservation measures, setting fire to rainforests, abandoning or missing international agreements on carbon emissions, privatising responses to global pandemics, and spending billions on dividing rather than uniting us.

These are extraordinarily big hurdles to clear given the politicians we’ve elected to lead us through the next decade. For example, a section titled “Different Ways to get the Future We Want” is subtitled with the caveat that “…this is only possible when combined with strong climate mitigation“. Another section titled “ZOOMING IN: Country-led Modelling to Achieve Long-term Sustainability in Food and Land-Use Systems” suggests that “reversing biodiversity decline is possible after 2020 with targeted national strategies, ranging from dietary changes to restrictions on land conversion“.

None of what the Report says is new, at least not in the sense that biodiversity loss, land use, climate change, carbon emissions, or over-consumption haven’t been discussed before. These have been major concerns for the last half-century. WWF itself has produced numerous of these sorts of reports, all pointing towards the same trajectory of biodiversity loss and ecosystem collapse. Even business – which, via our spending, is largely responsible for the problems WWF highlights of course – has caught up: in 2020 climate change, biodiversity loss, extreme weather, natural disasters and other human-made environmental disasters all lead an annual World Economic Forum survey of economic and business risks – the first time in the survey’s history that one category has occupied all five of the top spots (up from three out of five in 2019). Again, it’s worth noting though that these are risks that business sees impacting business, not impacting every other life form we once evolved alongside.

Reports like these confirm what will happen if we don’t do something about all of this, but it’s difficult to see how. We have a political leadership that prioritises business interests over the environment, individual over community, and short-term gain over wildlife and while we all understand the problems we also largely buy into the lifestyles that cause it. We voted for the system after all (not all of us, but enough of us). In the same vein, one section in WWF’s Report that is especially interesting is “Our World in 2020” which opens with “Global economic growth in the last half-century has changed our world unrecognisably, driving exponential health, knowledge and standard-of-living improvements. Yet this has come at a huge cost to nature and the stability of the Earth’s operating systems that sustain us.” In other words, we’re all doing ‘better’ (at least in the developed world) and that appeals and satisfies us, but the cost has been to take a wrecking-ball to the systems that sustain all life on the planet.

Providing solutions to all of these ‘risks’ is beguiling. We all want answers, after all. Most of us don’t want to even imagine a planet stripped of biodiversity, with vast areas of land uninhabitable. We need to believe that there is hope, or at the very least a glimmer of light at the end of the tunnel. It’s understandable that WWF is trying to sound optimistic (however cautiously), but does that help?

They are essentially proposing solutions that require humanity to act as one, but that – at this period of our history –  is unrealistic. The worldviews of the hugely influential, extremely wealthy men that actually make the decisions we live under are not remotely aligned with altruism, co-operation, or protecting wildlife for wildlife’s sake. They appear to believe that they are insulated – or perhaps don’t really care as they will be dead by the time the worst the planet can throw at us is realised and assume their wealth will then insulate their descendants (it will for a while but it doesn’t really matter how big your castle is when the climate has broken down). These are not the rocks that structures are built upon, just shifting sands that will swallow us all.

Nevertheless, ‘corporate conservationists’ like WWF still seek compromise in a political system that offers none. It offers rational and modulated discussion in a world where the most vocal – no matter what nonsense they parrot – is also the most heard. There is nothing too stark in this Report that can’t be couched in reassuring terms.

We’re often told that ‘people’ are overwhelmed, that they can’t take in any more bad news. Sure, we here at The War on Wildlife Project get that – we live with that every time we write a post – but at some point someone like WWF is going to have be far more brutal. The solutions they proffer are good, they’re hopeful – but they are utopian without changes to a political system that is becoming more entrenched, less willing to listen, and more polarising with every week that passes. Perhaps making those changes is way beyond the capability of the ordinary voter and will come from business itself (via us the consumer of course and demands for less harmful supply chains and proper end of life recycling) but if you’re drifting down a creek towards the rapids you need someone on the riverbank yelling warnings to get out of the water NOW.

It will never happen, but surely it would be better to produce a report called ‘The Dying Planet’ because we are well past the time for worrying whether we’re causing offence or might be seen as ‘gloomy’. Whether we’ll trigger the usual cries of ‘biased’ or ‘alarmist’. Whether we’ll take everyone with us or not. It may not go down well to spell it out again, but let’s never forget that we are responsible for a 68% decrease in population sizes of mammals, birds, amphibians, reptiles and fish between 1970 and 2016 (68%!). We are responsible for poisoning the oceans. And we are responsible for voting in the people driving the changes ever faster.

That’s unlikely to be an approach WWF will ever take though. In a rather telling balancing act, Marco Lambertini, WWF Director General, headlines his contribution “Eight Billion Reasons to Safeguard Nature” (which if anyone is any doubt refers to eight billion of us), and says that:

We still have a chance to put things right. It’s time for the world to agree a New Deal for Nature and People, committing to stop and reverse the loss of nature by the end of this decade and build a carbon-neutral and nature-positive economy and society. This is our best safeguard for human health and livelihoods in the long term, and to ensure a safe future for our children and children’s children.

Human health, our livelihoods, and our children. That’s what all this report writing is for. Not for the rest of the planet’s biodiversity, which we’ve been doing a damn good job of destroying. As so often, it’s all about us.

Perhaps WWF genuinely believes that appealing to our selfishness and entitledness is the best (or only workable) strategy, but would it be too curmudgeonly to point out that selfishness is exactly what has got us into the mess we’re already in? And it’s worth remembering that despite our current travails many of us are still doing better than the billions of animals we’ve killed, exploited, or forced off the land already. It won’t be popular but let’s stop sugar coating this stuff and tell it like it really is before it really is too late.

The World at War (with na… 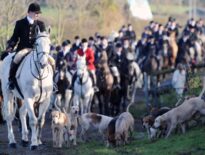 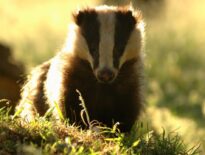