For those who aren’t aware, Forestry England allows a number of criminal fox hunts to use publicly funded forests for wildlife crime. They do this under the guise of licensing ‘trail hunting’ [a copy of their licence agreement with the Master of Foxhounds Association [MFHA] can be seen here], a false alibi for illegal hunting, with the documents created for this fake activity worth as much to Forestry England and fox hunters as the Hunting Act 2004 itself. In expecting us to believe that wildlife isn’t harmed on these so-called ‘trail hunts’, this government department expects us to ignore footage and public condemnation of the hunts in question.

This second entry is just a brief outline of something that I think should be highlighted. Throughout the last hunting season Forestry England gave out 34 ‘trail’ hunting licences (as of writing, no licences have been issued but FE (and the National Trust) routinely wipe the fixture list at the end of the previous season before issuing new ones once fox hunting starts again). It didn’t really seem to matter what hunts did [with the exception of the Kimblewick Hunt], as hunters were at various times convicted and investigated with no apparent impact on how Forestry England considered licence applications.

Part way through the season, the Forestry Commission appointed a new non-executive Chair, Sir William Worsley, a British forester, farmer and businessman, to their board. Forestry England is an Executive Agency of the Forestry Commission, and the Commissioner’s Register of Interests was later published [here, published 08/07/2020], and amongst other things, the new Chair is a member of the Countryside Alliance, an organisation renowned for its support of bloodsports (and not for much else) and which as recently as 17 Feb 2020 posted a press-release on its website saying that: “There were never any valid arguments for banning hunting and the Hunting Act is almost unique in that it brings no benefits. Not to the countryside, not to rural communities, not to wildlife and not even to those who spent so long promoting it“. As of writing the CA are also looking for ways to continue fox hunting despite new ‘Rule of Six’ Covid-19 laws as discussed on The War on Wildlife Project website.

It is legitimate therefore to ask some questions for people to ponder:

• Does membership of such an organisation mean that the new Chair supports fox hunting and the overturning of the Hunting Act? 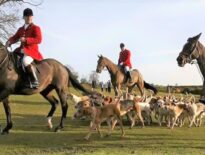 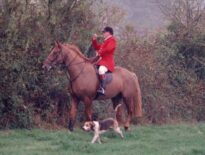