Public attention is typically focussed on the immensely lucrative illegal wildlife trade, for example species threatened by extinction that are protected by regulations managed by [the pretty much toothless] CITES (the Convention on International Trade in Endangered Species of Wild Fauna and Flora), but this is dwarfed by legal trade into the UK. Legal trade takes place outside these regulations, despite the public health risk it presents and the cruelty and suffering it causes.

The study, which used data obtained via a Freedom of Information (FOI) request to the Animal and Plant Health Agency (APHA, the executive agency which works to safeguard animal and plant health for the benefit of people, the environment and the economy), found that between 2014 to 2018, 2,492,156 amphibians, 578,772 reptiles, 150,638 mammals, and 99,111 birds were imported into the UK for commercial purposes including the exotic pet trade, from 90 countries including in regions identified as emerging disease hotspots. Countries such as Singapore, Ghana, Indonesia, El Salvador, Cameroon, Nicaragua and Madagascar, annually exported thousands of reptiles and amphibians to the UK over this five-year period. Animals including African pygmy hedgehogs, snakes, lizards and tortoises are transported to the UK from Africa, Latin America and Asia to fuel this cruel trade.

Besides the obvious cruelty of stealing wildlife from their natural habitats and transporting it around the globe simply for us to ‘enjoy’ or exploit, the wildlife trade is fuelling the increase in zoonotic diseases – ie diseases that can be transmitted from animals to people (or, more specifically, a disease that normally exists in animals but that can infect humans) and which can cause serious health problems because our immune systems don’t yet know how to fight them.

The past century has seen ever-expanding human encroachment into natural habitats, exposing people and livestock to more varieties of wild animal than ever before—and with this contact, any bacteria and viruses they carry. Importing wild animals risks the spread of such diseases as they are introduced into new environments. Whilst some diseases of wildlife are nontransmissible to humans, seventy percent of all zoonotic emerging infectious diseases are thought to originate from wild animals and over 35 infectious diseases have emerged in humans since 1980, including COVID-19, SARS, Ebola and MERS.

As the Abstract to the Report states:

International wildlife trade is recognised as a major transmission pathway for the movement of pathogenic organisms around the world. The UK is an active consumer of non-native live wild animals and is therefore subject to the risks posed by pathogen pollution from imported wildlife. Here, we characterise a key yet overlooked portion of the UK wildlife import market. We evaluate the trade in live non-CITES (Convention on International Trade in Endangered Species) wild terrestrial animals entering the UK over a 5-year period using data reported by the Animal and Plant Health Agency (APHA).

Between 2014 and 2018, over 48 million individual animals, across five taxonomic classes and 24 taxonomic orders, were imported into the UK from 90 countries across nine global regions.

The largest volumes of wild animals were imported from North America and Asia, and most of the import records were from Europe and Africa. Excluding Columbiformes (pigeons) and Galliformes (‘game birds’), amphibians were the most imported taxonomic class (73%), followed by reptiles (17%), mammals (4%), birds (3%), and arachnids (<1%).

We also draw attention to the lack of detail in the UK wildlife import records, which limits its ability to help prevent and manage introduced infectious diseases. We recommend that improved record keeping and reporting could prove beneficial in this regard

Peter Kemple Hardy, World Animal Protection, Wildlife Campaign Manager said: “This evidence shows that the legal wildlife trade into the UK is causing suffering to millions of animals and risking another public health crisis. We must not overlook the dangers this poses; harmful and deadly pathogens can be transmitted to humans regardless of a wild animal’s legal status. In a post-COVID world, we should demand nothing less than a global and permanent ban on the commercial wildlife trade, to protect wild animals, human health and the planet.”

World Animal Protection is calling on the UK government to champion a global wildlife trade ban and end the import and export of wild animals into the UK at the G20 meeting of leaders in November.

We can help to demand an end to the global wildlife trade by signing the petition here. 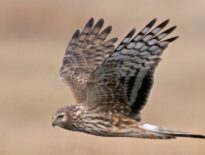 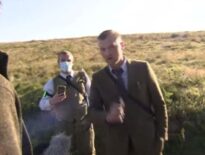