Dr Mark Avery tweeted this morning about Wild Justice’s petition asking the government to ‘Ban the shooting of badgers immediately‘. Mark is a founder of Wild Justice of course, and had been pushing the petition hard. Just three days after its launch (and after a huge delay by the petition committee to upload it), the petition has already passed 32,000 signatures [11:00 am 27 Sept] – which means that the government is obliged to respond to it (NOT action it or change the terms of the badger cull, but to respond to it).

Following Mark’s tweet a question was asked which essentially said, We’ve had petitions on the cull before, they show a fairly even split ‘for and against’, why do we need another one?

That seems a reasonable question at first sight but actually it fundamentally misses (or misunderstands) the point of petitioning and campaigning for at least three reasons (there will be more, but it’s Sunday morning and we’re not in full ‘work’ mode so bear with us):

“Shooting is poorly monitored and Wild Justice believes it has never met the animal welfare standards recommended by a 2014 Independent Expert Panel, whose recommendations were accepted by DEFRA. This method of culling is inhumane and should be banned immediately.”

Ban the shooting of badgers immediately petition by Wild Justice

Signatories are being asked very specifically to vote against an action that is germane to how the badger cull is being carred out. Yes, it could just about be seen as ‘another referendum’ on the badger cull, but you could in fact be in favour of culling badgers while agreeing that shooting either a caged animal or a low-slung, tough mammal as it runs away is inhumane. There are numerous instances online of badgers being shot and wounded. The government assured us that the cull would be humane and their ‘marksmen’ would be well-trained, but again there are numerous examples of the shooters being little more than mercenaries with little specific training at all.

So the question ‘Why is there another petition about the badger cull?’ simply misses the point. The question fails to look at what this particular petition is asking for and wants to achieve.

Asking (in essence) why there should be less democracy rather than more is a very slippery slope anyway – and not one any of us should want to slide down. We wouldn’t countenance the government saying, ‘You voted for us five years ago, we don’t need another election’. Public opinion shifts, new information or data is provided, a better alternative is offered to us. In other words, things change and these petitions are a way to tell the government that. We’ve not spoken to Mark about this petition, but we’d be confident in suggesting that it is written in such a specific way because the information/data about the humaneness of shooting badgers has changed since the cull started.

If we want democracy, we have to participate in it. If the mechanism exists to ask questions of ‘voters’ via government e-petitions we should use it. All of us. It is our right to ask questions – trivial or deadly serious – as often as we want to. If no-one supports the ‘ask’ in our petition, that gives us our answer (and the committee that oversees these petitions will probably not grant an identical petition in the near future). Of course if more than 32,000 of us sign the petition in its first few days, though, it’s fairly obvious there was a demand for that question being asked in the first place. This is us being given an opportunity to speak out, and us taking that opportunity and running with it.

There is some validity in suggesting that these petitions work somewhat like pressure valves, incidentally, in that even if the entire country supported a petition there is no legislation that forces the government to make whatever change is being asked for. In other words it’s democratic only in the sense that we have a say, but we have no power. Yes, perhaps it could be argued that the government offers us a ‘voice’ as a way for us to let off steam online, but let’s park the cynicism just for a moment and move on to one element that comes with having that voice: petitions are campaigning tools…

We here at The War on Wildlife Project work on the idea that (from a campaigning point of view) the general public can be loosely arranged into three groups: the 10% that already support the things that we do; the 10% who will never support what we do no matter how persuasive the argument; and the 80% who have no opinion on an issue either way – perhaps because it is has never touched them directly, or they have never heard of the issue in the first place. The spread may be different (5%, 5%, 90% or even 20%, 5%, and 75%) but it sort of works as a rule of thumb. The group that is always the most open to new information is the majority who have maybe never thought about the issues we campaign on.

Talking to ‘the 80%’ can bring about incredible changes. It takes time and repeated exposure, of course. Take something like raptor persecution for example. When Raptor Persecution UK (RPUK) was set up very few of us (including hardcore birdwatchers) knew how many birds of prey were being illegally persecuted or understood why. A decade and SIX MILLION website views later, Ruth Tingay and her colleagues can say that they have changed the public’s knowledge about raptor persecution hugely. It’s a massive achievement, but will RPUK say ‘Job done’ and close their site anytime soon? Of course not. There is no such thing as ‘done and dusted’: there are always more people to reach, more changes to be made – and the law is still being broken.

The same can of course be said for a petition like this. The badger cull is a hot-button issue for many of us, but when you’re ‘in the bubble’ it’s easy to assume that everyone is reading or discussing the same issues. Animal welfare was barely mentioned during last year’s General Election, and at the moment Covid-19 is understandably filling the headlines. We can’t get out and campaign because of the pandemic, but we still want these issues aired and presented to ‘new’ people. Petitions combined with the social media ripples that flow from it can do that. We’re not suggesting that WJ’s motivation was simply to start a discussion – they will be absolutely serious about getting the shooting of badgers banned – but the conversations that are going back and forthright now will be bringing the issue of the badger cull to people who haven’t really thought before about why or how it’s taking place. That alone – assuming you agree with its aims of course – would have made this petition worthwhile.

So, why is there yet another petition about the badger cull? Because this one is not ‘just’ about the badger cull, it is about the method of culling and its humaneness. Because we (thankfully) have a democratic way to show the government and other people how our thinking changes, and we should use it. And because we (as in us campaigners) want to keep issues alive, and this is one of the tools at our disposal. 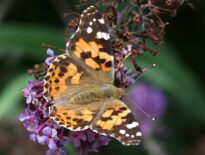 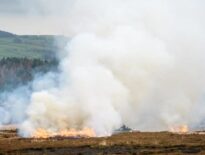