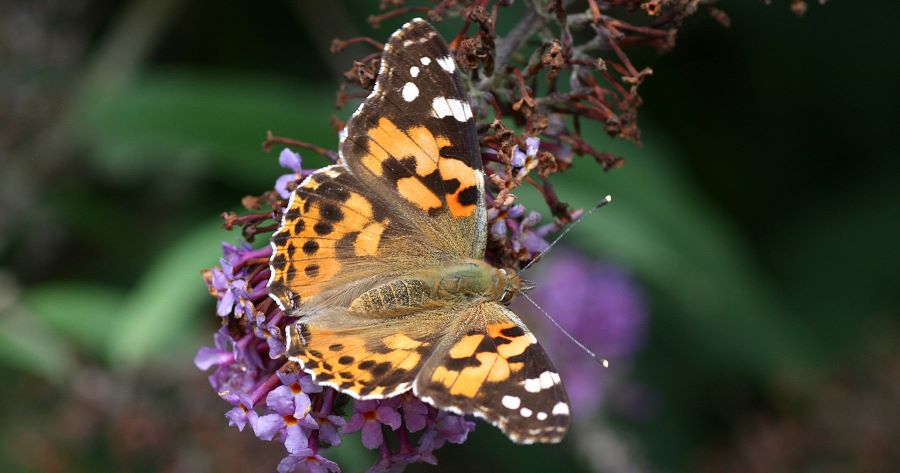 A worrying picture of declines in many UK butterfly species seems to have emerged after record numbers of people took part in Butterfly Conservation’s Big Butterfly Count, a nation-wide ‘citizen-science’ survey aimed at helping “assess the health of our environment simply by counting the amount and type of butterflies (and some day-flying moths) we see”.

The ‘count’ took place in July and August, with nearly 150,000 observers making 15-minute counts of butterflies in parks, gardens, woods and nature reserves across the country. Despite the high number of observers the survey reported the lowest average number of butterflies per count – 10.66 – since recording began in 2010.

“Unfortunately, this summer has not seen an abundance of butterflies across the UK,” said Dr Zoë Randle, the senior surveys officer at Butterfly Conservation. “Coming so shortly after the recent WWF and UN reports on the global biodiversity crisis these 2020 results illustrate the perilous state of wildlife in the UK.”

Which might surprise those of us who – despite being locked-down – will remember the spring as one of the sunniest on record: according to the Met Office with 626.2 hours of sunshine the UK spring of March-May 2020 ranked as our sunniest spring easily surpassing the previous record-holding spring of 1948.

With the warmth and sun came an abundance of the foodplants of many of the UK’s commoner butterflies. Surely if there was ever a year when butterflies would do well, this would have been it?

So what might have gone wrong? Insects generally are in long-term decline as we plough up their habitats and drown what’s left in a vast amount of pesticides – which while not targetting butterflies specifically are not able to discriminate between so-called ‘good’ and ‘bad’ insects. Indeed, butterflies across the UK as a whole have declined markedly. According to government statistics published in 2018, “habitat specialist” butterflies – species that tend not to fly far from their favoured landscapes, such as heathland or chalkland – have declined by 77% since 1976. “Wider countryside” species – better able to move around and adapt to different environments – declined by 46% over the same period.

So the decline is undeniable, but could this year’s results have been skewed slightly by the very good weather itself? Could, in fact, the remarkable spring and early summer have caused some butterflies to emerge early, breed quickly, and finish their entire life cycles early meaning that by the time of the count they had simply ‘been and gone’?

There is already an awareness of what is termed the ‘June gap’, a period between many species’ first and second broods of the year, when things tend to go a bit quiet on the butterfly front. Perhaps the unusual weather caused a shift in the timing of this natural gap?

While the data from the count hasn’t been analysed yet, Dr Randle suspects so: “An unusually warm spring led many species to emerge earlier than usual. So we may have only caught the tail-end of the flight period for many species during this year’s Big Butterfly Count.“

Indeed it appears that the two most-seen species in the 2020 count, the Large White and the Small White, are typically two of the species seen in highest number towards summer’s end (they’re the only species still being seen in any numbers here in my own garden in Wiltshire). Big falls recorded in the numbers of Peacocks (down 42% on 2019) and Small Tortoiseshells (down 41%) may have been because these species peaked earlier and had already entered into hibernation by the end of July. Anecdotally, that accords with what we were seeing ourselves earlier in the summer.

It could be then that the timings of emergences and egg-laying simply shifted. Insects reproduce quickly and are able to take advantage of short-term favourable conditions (which is different from the long-term changes in egg-laying noted in bird species in response to climate change as long ago as the 1990s).

This year’s count actually recorded the highest number of butterfly sightings ever submitted (1.4m were recorded). It’s worth noting that most observers were recording well-known and generalist ‘garden’ butterflies rather than looking for more unusual species, but that has to be good news surely?

On the one hand it’s wonderful that the warm spring and summer seems to have brought more people out looking for butterflies (hopefully converting a few to a life of enjoying insects), but not so much if that figure is then cherry-picked by the government to ‘prove’ how well they are doing to tackle butterfly decline. Because they’re not. It also demonstrates just how important long-term studies are when assessing population trends. Data from a single count is relatively meaningless and too easily impacted by local conditions.

Butterfly Conservation will release their own analysis of the data soon, but butterflies are largely in decline and a warning on their website should be borne in mind when looking back at this year’s count: “Species’ responses are much more variable than previously realised and the increasing frequency of extreme climatic events, predicted in many climate change scenarios, may have serious implications for butterfly populations.” 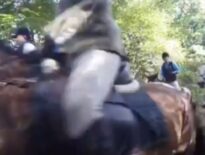 Blog Posts Covid-19 restrictions: Johnson is unsure but for h…