“Witnessing once again what seems to be a common attitude by local hunters, or rather ‘poachers’ to shoot down any bird species that flies before their guns.”

Images have surfaced of yet another mass killing of migrating birds in Cyprus. It’s almost impossible to look past the fact that many of these birds are Bee-eaters, flickering rainbows with evocative calls that are often targeted by poachers as they are aerial, don’t skulk in bushes, and are just so damn easy to hit…Most birders will remember their ‘first’ Bee-eater, but that’s an aesthetic response: every bird should count – from the gaudy to the drab, the bizarre to the ordinary, the small to the large – and every bird should be safe.

Of course, they’re not. The use of birds as target practice is widespread in some areas of the Mediterranean and the Middle East (and, as many pheasants would attest if they could, here in the UK as well). Thousands of images have emerged over the years of the obligatory leering delinquent flexing his utter disdain for life alongside a pile of corpses.

They’re shocking every time, and every time what becomes apparent is while some people are ignorant and cruel and hateful, there are others working their socks off to report the facts, witnessing scenes that must feel like a stab in the heart. As someone who loves birds (and it’s an almost inexplicable devotion that has survived decades of personal change and thinking), I know how seeing these corpses in the torn and blasted flesh would make me feel: a mix of frustration, anger, sadness…They would haunt me.

The remarkable team at the Committee Against Bird Slaughter (CABS) face these challenges every day. Talk to them and they are modest about the work they do. Ask them how they keep their cool in the face of such intense provocation and they say, ‘That’s part of the job’. They – and activists like them from Hunt Saboteurs to monitors to field workers – are heroic and selfless, tackling not just ignorance and an almost willful determination not to care from poachers, but casual shrugs of the shoulder or dismissal and intimidation from officials and police as well.

Sometimes it’s almost impossible to imagine how they keep going, but keep going they do, and I for one am incredibly, indescribably grateful to them. They may or may not be changing the world, but there is no doubt whatsoever that they are somehow keeping it from falling off the edge into a lawless, soulless, chasm that would see images like these become the every day – or just as bad, go unreported, undocumented, and unrecorded. Just another pile of dead birds that no-one knows about and no-one apparently cares about.

Images like these need to be seen. We need to be sickened. We need to feel ashamed of what humanity is capable of. We can’t – we mustn’t – ignore them. Millions and millions of birds depend on us looking, reacting, and fighting back.

Larnaca, Cyprus. The massacre of protected birds perpetrated by hunters in Meneou, close to the residential area and the Pyrgos tis Rigenas grows bigger by the day. After the initial recovery of 2 dead Swallows and 72 dead Bee-eaters, plus 2 injured Bee-eaters made by BirdLife Cyprus on Saturday 26th; CABS teams have continued monitoring the area for the past three days, witnessing once again what seems to be a common attitude by local hunters, or rather ‘poachers’ to shoot down any bird species that flies before their guns.

So far, an additional 100 dead Bee-eaters have been found, half a dozen of shot Swallows, a rare European Roller, a Hoopoe, a Kestrel and a Night Heron. The total number of bee-eaters killed is much higher than the ones discovered, as it is common for hunters to collect the birds once shot.

“Up to 50 hunters gather in the area every day, mostly over the weekend, – says Bostjan Debersek, CABS investigations officer – they don’t deny at all the fact that they are killing Bee-eaters and other protected species. Even more, they seem to feel they are entitled to break the law. Although we collected video and material evidence of the crimes, the police station in Kiti refused to investigate further or maintain a police presence in the area”.

CABS note that it is not the first time the Kiti police has failed to fulfil their statutory duties in a hunting related matter. In Autumn 2019 dozens of hunters were observed using illegal electronic lures to hunt skylarks and when they came to realise that they were being monitored by CABS volunteers, the hunters started threatening the activists with a tirade of death threats. A police patrol was called to the site, but instead of collecting the evidence of the illegal hunting and of the threats, shouted at the bird watchers, demanding they erase all the audio material.

“It’s clear that this attitude is not respectful of both Cypriot and European law and reflects a common sense by some authorities that hunting shouldn’t be disturbed, whether legal or not” – adds Alex Heyd, CABS CEO. “If hunters so blatantly break the law, it is pretty obvious that none has ever implemented the law here. This is the ultimate failure of the allegedly successful amendments of the hunting law made in July 2017”.

CABS observe that so far in autumn 2020, illegal hunting is totally out of control in Famagusta and Larnaka, a situation which is not dissimilar to that witnessed by the NGO in Lebanon. In total, 70 cases of illegal hunting were confirmed by the volunteers. Although we are grateful for the quick response from the Game and Fauna Service for the cases reported, only 4 cases ended with prosecution. CABS therefore demand the government to take immediate action by suspending the hunting season in this area which is <500 metres from residential areas and the lake and establishing a permanent police presence to monitor the ban.

Please consider donating to CABS – details can be found at komitee.de/en/donate/ 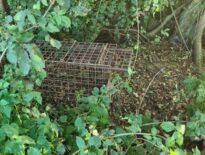 Blog Posts Interview: Lynn Sawyer | On the ground in the Glou… 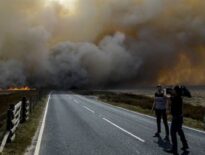