The illegal wildlife trade is valued at between eight and 26.5 billion US dollars annually, making it the fourth most lucrative illegal trade in the world after trafficking drugs, people, and weapons. Many different strategies have been adopted to identify where animals have been taken from and to disrupt supply chains, and one of the most innovative that we’ve seen for a long while is a project by group of scientists who have been using decoy eggs to tackle the illegal trade of endangered sea turtles in Central America.

The research project is a collaboration between scientists at the University of Kent and conservation organisation Paso Pacifico, whose mission is to restore and protect the Pacific Slope ecosystems of Mesoamerica. On many Central American beaches, poachers destroy more than 90% of sea turtle nests collecting eggs for the illegal wildlife trade. The eggs are smuggled to cities where they are eaten as a delicacy in restaurants and bars. This is devastating for endangered sea turtles. Poachers currently have the upper hand on circumventing local authorities, and little is known about the routes they use to smuggle endangered species, but when thinking of ways to track where the stolen eggs were being taken, the researchers came up with the idea of creating dummy eggs fitted with transmitters.

After field-testing the group revealed what they have dubbed the InvestEGGator, a 3D-printed decoy turtle egg which mimics the look and feel of a real sea turtle egg. These ‘eggs’, embedded with a GPS–GSM transmitter, have been placed in 101 turtle nests on four different Costa Rican beaches known to be susceptible to illegal harvesting and set to emit a signal once an hour. A quarter of them were picked up (largely, as the team suspected, by local traders) along with freshly-laid turtle eggs, with the farthest being taken 137 km (85 mi) inland, identifying an entire trade chain to a residential property.

Other investEGGators were recognised as decoys: in one case an ‘egg’ went offline 43 km (26.7 mi) from the nesting beach, with the team receiving photos of the dissected egg along with information about where it was exchanged from the local community.

Working with Auspi Electronics and other partners, Paso Pacifico is continuing to refine the design and production process so that they can make this technology “available for widespread use by conservation-oriented nonprofits and individuals“. Encouragingly, the team have found that the decoys cause no harm to the incubating turtle embryos in the nests they were placed in. They now hope to see the technique employed in not just other turtle conservation projects but also similar efforts to track shark fins and parrot eggs. 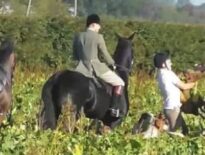 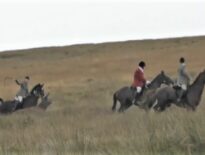