Ban Bloodsports on Yorkshire’s Moors has announced that Barnsley council has joined the extensive roll-call of councils and public utilities to back a ban on the rotational burning of the nation’s uplands. Burning is a tool used by the grouse industry to ensure young heather shoots for their grouse ‘farms’, but it is linked with habitat destruction, the deaths of rare reptiles, smoke pollution, flooding in communities below the moorlands, and is incompatible with the UK’s stance on the global climate emergency.

We have just published a timely podcast with Luke Steele, Director and spokesperson of Ban Bloodsports here, which looks at burning as well as the option of licencing grouse shoots.

Barnsley Council has backed an end to heather burning to save the region’s peat moors from being damaged for grouse shooting.

In correspondence with Ban Bloodsports on Yorkshire’s Moors, the Council has confirmed that it wants the environmentally-damaging practice, which is performed by shoot operators to engineer game bird breeding habitat, to stop.

The Council’s stance follows the grouse moor burning season having opened on 1 October — leading to concerns that many of Barnsley’s 32 square kilometres of grouse moors will soon be set on fire by shoots.

“It’s past time to put an end to the burning of threatened peatlands for grouse shooting — a practice which degrades fragile ecosystems, releases climate-altering gasses into the atmosphere and worsens flooding in communities downstream from grouse moors.

“With burning continuing on grouse moors across South Yorkshire, we commend Barnsley Council for giving its support for an end to burning to help save the region’s peatlands from further damage.”

Peatlands, a threatened moorland habitat, are one of the UK’s biggest carbon stores, locking up millions of tonnes of climate-altering gasses. However, when burning is performed the sensitive habitats are damaged, leading to large amounts of carbon being released into the atmosphere.

Subsequently, the Committee on Climate Change, which advises the government on policies to help the environment, has recommended the practice be banned to protect peatlands from further damage. 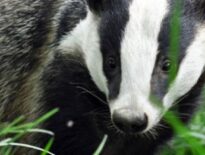 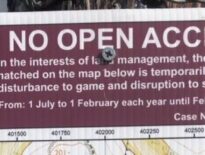