A beautiful wild animal on an upland, photographed exploring the world it’s just been born in? No, yet another victim of grouse shooting.

The attached tweet from the grassroots community network Moorland Monitors says it all really: another dead animal on a grouse moor, shot dead after being trapped in a snare. This cub was found by the Calder Valley Hunt Saboteurs on a snare site near Hebden Bridge, a town that sits in the shadow of the notorious Walshaw Moor grouse shooting estate. It will be just one of thousands of fox cubs killed this month to protect the grouse shooting industry’s profits. And, depressingly, it will have been killed legally…

The UK is one of just a handful of countries in Europe where snares are still allowed to be used (the Republic of Ireland, France, Spain and Belgium are the others) as we explained in a previous post Snares | Legally Binding. No-one knows how many snares are out there (but it’s doubtless in the hundreds of thousands, possibly in the millions) and no-one knows how many animals are killed in them (there is no requirement for operators to keep count).

If snares are used per instructions (so in England under the terms of the so-called voluntary ‘Code of Best Practice‘) they are supposed to just hold an animal in place without causing damage.

There are numerous images online which shows animals almost cut in half trying to get out of snares, though, and the ‘guidelines’ simply sidestep the pain and fear these things cause or the poor usage techniques documented on social media. The casual way dead animals are treated – as in the photo above – shows a fundamental lack of empathy and respect that is typical of gamekeeping and shooting.

And that is who are using these instruments of course. Almost every single snare out there is being used by the shooting industry to ‘protect’ the birds they want to sell to hobbyists who like to shoot birds for fun or a spot of target practice.

Have a listen to the podcast below which discusses ‘stink pits’ – the disgusting dumps of corpses, surrounded by snares, which are used by gamekeepers to attract foxes to their deaths on both grouse moors and pheasant shoots.

Snares may be legal but any society that seeks to claim it has compassion and kindness, a love for animals, and a genuine desire for animal welfare wouldn’t allow them anywhere near our countryside or our wildlife.

If you’d like to help ban snares here, then watch the video embedded in this tweet from the excellent Hunt Investigation Team who are part of a campaign promoting #SnareAware2020

And if you’d like to support the Calder Valley Hunt Sabs – who took the poignant photograph of the cub we’ve reproduced in this post – they are selling these beautiful bracelets to help fund their work. Please go to caldervalleyhuntsabs.bigcartel.com/

Portrait of a fox cub on … 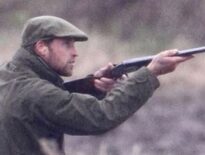 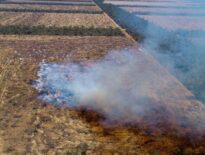 Blog Posts Who eats all the soya?
0