In this guest post Clive Swinsco writes on behalf of Birders for Ethical Conservation, a recently-formed campaign group. The idea for Birders for Ethical Conservation arose from concerns about the RSPB’s use of lethal predator control. These controls were initially highlighted by the Hunt Investigation Team‘s exposè of RSPB lethal predator control policy in spring 2018 (see – Hunt Investigation Team – RSPB). Lethal predator control is a wildlife management policy aimed at reducing predatory species to protect other species and is an often unquantified approach that has been used for centuries by gamekeepers (notably these days to protect mass-released pheasants and partridges) and some farmers.

In 2018 three longstanding members and supporters of the RSPB wrote to the charity asking them to stop killing foxes, corvids and mustelids. While the authors recognised that the RSPB does, of course, carry out a lot of good and positive work, we believed that the RSPB’s stance on lethal predator control, in the name of conservation and protecting selected species (such as curlews), was unacceptable and wrong. Urgent change was required to implement policies and practices that are ethical and humane, and that promote the use of alternative measures to killing.

We received the usual ‘copy & paste’ replies – clearly a few letters from a few disgruntled RSPB members were not going to cut much ice (or the wires from RSPB traps and cages!).

Our Open Letter to the RSPB

Letters winged their way to and from RSPB HQ between August 2018 and January 2019. Seeing no progress we embarked upon our ‘Open Letter’ campaign early in 2019, sending a copy to the RSPB at The Lodge. The Open Letter included a quote from Chris Packham, RSPB Vice President, made in response to a ‘question from the floor’ at the inaugural meeting of the Revive Coalition in Edinburgh (November 2018).

“We’ve got to be looking more broadly at conservation, and the nonsense that the extermination of every living predator is a conservation tool to protect wading birds, comes from the flawed mind of the wrong fraternity.”

The shooting industry rarely misses an opportunity to claim that our RSPB are hypocrites by effectively acting like killer gamekeepers, but incredibly RSPB staff do actually employ gamekeepers and other ‘professional’ wildlife killers to do their dirty work for them!

Indeed, in Derbyshire this year activists from Derbyshire Against The Cull encountered a hired badger killer (who we understand lives in Elton, Derbyshire) driving around, looking to kill in the same vehicle he used whilst operating as a contract killer on behalf of the RSPB at Eastern Moors (near Longshaw Estate, a National Trust property) in north Derbyshire.

It is our contention that no contract killers should be employed in any context by our RSPB. All conservation and wildlife work should be underpinned by moral and ethical considerations. The RSPB’s magazine is called ‘Nature’s Home’, but unfortunately by killing creatures using snares, traps and guns the RSPB is providing a home for the chosen few, and a hole in the head for others.

The RSPB contributed to the State of Nature Report 2019 which concluded that Britain is one of the most nature-depleted countries in the world. By killing various predators are they not actively contributing to this depletion?

For Birders for Ethical Conservation this is a moral, ethical and political issue, as well as an emotional one. Foxes and corvids do predate birds’ eggs but that is not why so much wildlife is in trouble. Wading birds etc are in decline for a number of reasons, including:

1) Degradation of habitat, our land use and agricultural policies

Whilst the RSPB is transparent about lethal predator control activities, there is less clarity when it comes to how much money they spend on it. Funds raised, including through donations, go into a ‘pool’, and are then distributed around the reserves, but no exact percentage is given on how much is paid out to wildlife killers. The issue of how and where money is spent has become more pertinent since the Covid 19 pandemic, and the financial and physical limitations this has forced on all organisations and their supporters/visitors.

We believe that continuing with lethal predator control leaves the organisation wide open to accusations of hypocrisy. Employing generalist contract killers to shoot, trap and snare wildlife scapegoats predators such as foxes, stoats, magpies, crows etc is a short term, cruel and unethical approach. With over a million voices, the RSPB is in a prime position to lead the way in long term, innovative and ethical wildlife conservation, rather than clinging on to outdated and ineffective killing measures. We believe though that the RSPB (indeed all conservation groups) should focus on non-lethal solutions (relocation etc).

Surely our money would be better spent on humane measures, preserving life rather than destroying it? It can be done. One example is the predator proof fencing installed at the Starnafin Pools on the RSPB’s Loch of Strathbeg reserve to stop otters feasting on birds’ eggs. This resulted in a significant increase in numbers of common terns and black-headed gulls, as well as assisting other bird species like lapwings, redshanks and snipe.

This year, at their 2020 AGM, the RSPB confirmed a policy of calling for the licensing of “game bird” shooting – a minimal compromise when what we need is a rigorous challenge to all killing for “kicks”, along with an official RSPB call for an immediate and total ban on the bloodsports of shooting birds (including grouse, pheasant, partridge, wader and wildfowl) for “fun”.

As more and more bloodsports lobbyists take swipes at the RSPB on social media over lethal predator control, we are increasingly concerned for the RSPB’s reputation. Many dislike the RSPB anyway for the latter’s excellent investigative work which frequently exposes the continuing illegal killing of raptors by the shooting industry and the fact that more and more RSPB supporters wish their charity to take a definitive stance against the bloodsport of shooting. However, while our RSPB continues to ‘kill for conservation’, those who encourage and/or collude with killing legally protected species simply to ensure there are lots of “game” birds around to kill for “kicks”, have a large stick with which to beat RSPB and other conservation NGOs! Our RSPB certainly don’t have any genuine allies amongst the ‘kill for kicks’ brigade (although they may have a few ‘cuckoos’ in the RSPB nest?).

As the RSPB and some Wildlife Trusts’ policy of lethal predator control becomes more widely known, many more wildlife enthusiasts, birders, conservationists etc see this deadly policy as archaic, gross, cruel and ethically abhorrent. Just as there’s a growing demand for the RSPB and the Wildlife Trusts to mount a serious challenge to the bloodsports of shooting and hunting, so there are increasing voices raised against killing in the name of conservation. The cry of ethical conservation grows louder and louder. Ethical conservation and an unequivocal stance against these bloodsports must be an urgent policy priority now.

We believe that the future for conservation NGOs is as pro-wildlife agencies with all projects underpinned by a policy of ethical conservation.

This campaign is not an appeal for people to desert the RSPB, but rather a plea for members, volunteers and staff to voice concerns against lethal predator control, and stop the organisation ending up with a tarnished image.

We are concerned that, as awareness grows, lethal predator control will outshine all the good work done by the RSPB. The policy of killing one species to preserve another has to be challenged. 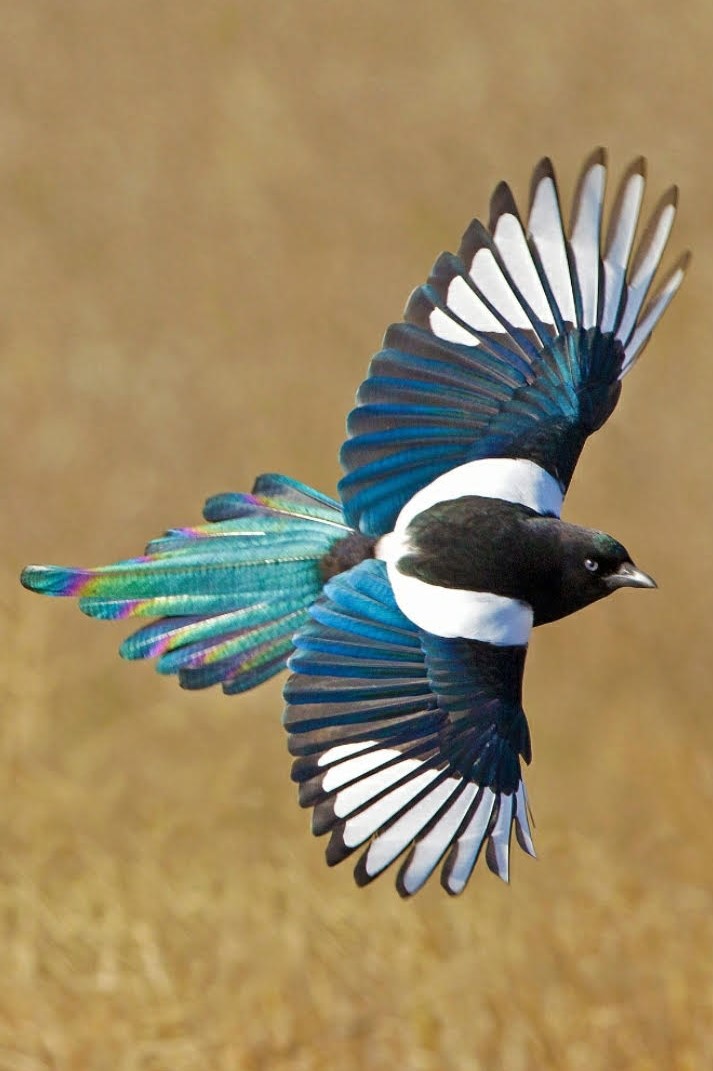 CORVIDS DYING IN A CAGE – SETS ALL ETHICAL BIRDERS IN A RAGE!

So what can we do?

Our RSPB is brilliant

Well at least 90% of what they do is brilliant!

Reserves encourage and educate people to take an interest in, care for and nurture nature; investigations into wildlife crime are brilliant – so let’s ensure our RSPB are pro wildlife. ALL wildlife.

All wildlife is brilliant!

If you’re not a member of RSPB – please join – it’s a great Christmas, birthday, and anniversary etc gift. Joint memberships are even better! You can then add your voice and name and membership number to our campaign.

If you’re already a member of the RSPB it couldn’t be easier. Just let us know your name and membership number by mailing birders4ec@gmail.com and we’ll add you to our growing list of voices for change.

You want to do more?

We need more good folk to:

1) Write individual letters, emails etc to RSPB HQ and managers of local reserves. Please keep and forward us copies of these and any replies to birders4ec@gmail.com

2) Take copies of our Open Letter (remember it’s not copyright and may be used in any pro-wildlife context) to any RSPB reserve you visit, distribute them (when it is safe to do so), especially to staff and volunteers, and discuss – always politely – the issues therein.

4) Finally, please keep us in touch with your ideas. This campaign has no ‘directors’, ‘leaders’ or the like. We’re just a group of activist birders – volunteers out to make a difference. 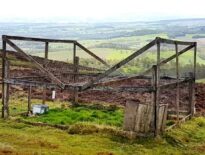