The White-tailed Eagle – one of the world’s largest eagles with a massive average two metre wingspan – was once fairly common throughout much of Europe, and widespread in Scotland and Ireland in the 18th century. More than 100 eyries were known in Britain with at least 50 in Ireland in the early 19th century. By 1900 only a handful of pairs remained on the British Isles, all in Scotland. The last breeding record in Scotland was on the Isle of Skye in 1916, and the last British White-tailed Eagle was shot in Shetland two years later.

As became so evident when reintroduction programmes began in eastern Scotland and pairs rapidly started to establish territories again, habitat loss or a lack of prey was not a factor. As the RSPB states unequivocally, “The species became extinct in the UK as a result of direct and sustained persecution by shepherds, gamekeepers, fishery owners, skin collectors and egg collectors“.

Of course though we’re in the 21st century now. Persecution is surely a thing of the past. Hardly. There are numerous sources detailing the extent of ongoing raptor persecution – we cover it on this site, but for a more thorough analysis we’d recommend Raptor Persecution UK every day of the week and the RSPB’s own BirdCrime Reports.

Those two sources cover UK raptor persecution, but birds of prey are being targetted in Ireland too of course – and ‘our’ birds have no concept of political borders, freely moving between the north and south and crossing the Irish Sea to the UK mainland.

The ninth annual RAPTOR (Recording and Addressing Persecution and Threats to Our Raptors) Report, which like the recently released RSPB report covers 2019, has been published by the National Parks & Wildlife Service (Department of Culture, Heritage & the Gaeltacht), the Veterinary Laboratory Service (Department of Agriculture, Food and Marine) and The State Laboratory (Department of Public Expenditure & Reform). It can be downloaded as a pdf here.

According to the report:

In 2019, a total of 39 incidents were confirmed in Ireland, with 36 individual birds of prey having died, reflecting the highest number of cases for any year since the RAPTOR protocol began formally in 2011. The cases were comprised of 22 raptor poisoning incidents (involving 23 birds), 3 poisoned bait incidents, 4 road casualties, 3 incidents where birds of prey were shot, 2 deaths due to wind turbine strikes, 2 deaths caused by trauma and one death caused by entanglement in netting.

The report looks in detail at the recorded incidents, especially poisoning via rodenticides (which they suggest may be accidental rather than deliberate persecution – but it’s striking how often poisoned bait – or the rats that ingested it – seems to have been found by raptors.

A more relevant paragraph may be the one that appears on page 15, which points out that while the numbers appear to be low in some cases the species impacted are already scarce and declining. They also note that many incidents will have never been recorded (the ‘tip of the iceberg’ concept that applies to shooting estates in England and Scotland).

Peregrine Falcon and Hen Harrier are clearly targeted for persecution and the number of individuals lost in this was is all the more concerning given their population sizes, particularly Hen Harrier, with just 108 breeding pairs confirmed in the most recent (2015) national survey, and a continuing decline of population mainly due to habitat loss and degradation. White-tailed Sea Eagle also features prominently, despite their low population. Considering the small population and the fact the majority would have been fitted with tracking devices highlights the extent to which other species may be lost to poisoning or persecution, yet never found.

White-tailed (Sea) Eagles have only recently been reintroduced to Ireland after persecution wiped them out. A number of chicks were brought over to Ireland from Norway and acclimatised before being released into the wild, and some have mated and produced chicks themselves.

Since 2007, 14 White-tailed Eagles have been killed by humans – either by poisoning, the most common cause, or by being shot or hit by vehicles. Again, while the figures, which are spread out over 12 years, may not seem like much, but these huge birds don’t normally breed until they are 5 – 6 years old and typically have a low breeding success. By 2017 there were just ten known breeding pairs of White-tailed Eagles with only 21 fledged chicks.

In its Conclusion the report states that:

It is clear that human, non-habitat related threats to Irish raptors are widespread and indeed prevalent. Poisoning and persecution incidents have now been recorded in every county in Ireland. There are blackspots throughout the country, and particular periods during which the risk of particular incidents may be higher. It would be naive to think that any more than a fraction of raptor poisoning and persecution can be formally recorded. The chances of finding a bird carcass, considering a varied landscape and terrain, tall vegetation and scavengers can be considered as slim.

That conclusion mirrors sentiments from the RSPB’s own Birdcrime Report, and is a sad reflection that birds of prey aren’t safe anywhere on these islands because of ridiculously selfish and outdated attitudes and a slack regard for the laws that should protect them.

In 2019 there were 85 confirmed incidents* of bird of prey persecution. You can read the breakdown of these figures in the Appendices. Victims included buzzards,red kites, peregrines, goshawks, hen harriers and many other protected species. These are only the incidents we know about: more birds will certainly have been killed and not found, or their deaths not reported. 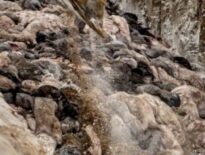