The once seemingly impervious walls that fox hunting had built around itself with the invention of so-called ‘trail hunting’ are crumbling fast. Following on from the decision to suspend ‘trail hunting’ by Forestry England (the government department responsible for managing and promoting the nation’s forests and one of our largest landowners) because of the secretly-recorded and leaked Hunting Office webinars, the National Trust has just announced that they too have paused ‘trail hunting’ on their land and will not be issuing any licences for the remainder of the ‘season’ (which ends in March). This is a huge blow for illegal fox hunting, and potentially means no more hunting on Trust land before their next AGM (which because of Covid-19 has been rescheduled to August 2021).

The licencing of so-called ‘trail hunting’ on National Trust land has been hugely contentious. A member-led motion to ban it was only defeated by the use of the Chair’s proxy votes at the Trust’s 2017 AGM (see – National Trust and Trail Hunting 101) and we know that many staff have become increasingly concerned over the last three years that such an important charity has taken severe reputational damage as the evidence of criminal activity by licenced hunts has built up.

According to the Trust’s ‘List of licensed trail hunts‘ just one hunt had been licenced so far this autumn (it’s not known how many hunts had also applied to use Trust land once lockdown restrictions are lifted on December 2nd). This may not seem a particularly significant act, therefore, but as one of the largest landowners in Britain hunts have relied on the land (without land hunts literally have nowhere to operate) and the credibility that association with the Trust has given them.

That may well all be coming to an end now, and it is hugely symbolic that such a respected charity has taken another look at ‘trail hunting’ and decided that – at the moment at least – it wants nothing at all to do with it. 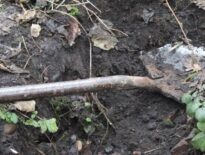