As we and others have been reporting, in a scoop worthy of a national news organisation a fortnight ago the Hunt Saboteurs Association (HSA) published a series of secretly-recorded ‘trail hunting’ webinars given by the so-called Hunting Office, which reveal the efforts hunting is now having to go to ‘prove’ they are following a scent trail when they go out foxhunting (or hunting legally as they insist on labelling it).

Over three hours leading figures in hunting (including Lord Mancroft [Chair of the Masters of Foxhounds Association (MFHA)], key Countryside Alliance figures, and former police officers) offer advice on using exemptions in the Hunting Act 2004 to avoid being caught breaking the law. At the time the HSA described the recordings as evidence of ‘mass criminality’.

The fall out from these webinars is just starting to be felt (yesterday, for example, Forestry England announced it was suspending all ‘trail hunt’ licences issued to hunts wanting to use their land – see Forestry England suspend ‘trail hunting’ licences), and in a timely twist on the ongoing ‘trail hunting is a smokescreen for killing foxes‘ narrative, the Badger Trust has issued a statement to highlight the links between foxhunting and the persecution of badgers.

And while the government might not remember this as they slaughter hundreds of thousands of them to protect the dairy industry, Badgers are actually protected mammals.

Before the Hunting Act 2004, permitted activities included earth stopping and sett blocking. This was to prevent a fox ‘going to ground’ in a badger sett (at the time, an exemption to the Protection of Badgers Act 1992). Setts could only be lightly blocked – using a bag of straw or hazel faggots – and then later unblocked. These exemptions ceased when the Hunting Act came into force in February 2005.

The Badger Trust and other wildlife groups hoped to see the end of hunting-related badger sett interference when ‘trail hunting’ replaced hunting live animals for sport. With no legal reason to follow animals into a badger sett, why are they blocked? Yet there are still reports every year of badger sett blocking. Some setts are so heavily blocked with compacted soil that badgers unable to exit the sett can slowly suffocate. According to reports received by the Badger Trust reporting centre this is a national problem, not a few isolated cases or bad apples.

Sett blocking is not the only unlawful activity to take place. Digging into a badger sett to retrieve a fox and causing a dog to enter a sett still occurs. Sending terriers into active badger setts after a badger is contrary to both the Protection of Badgers Act 1992 and the Hunting Act 2004. As there is no legitimate reason or exemption for these activities at an active badger sett, the Trust questions the need for terriers and so-called ‘terrier men’ on a trail hunt.

Badger Trust data show most badger sett interference occurs around the same time as the full fox hunting season from November to March. Sett blocking reports diminish from early spring each year until the following autumn.

Tris Pearce, Badger Trust Director, commented: “Badgers remain one of the most persecuted of all species, despite having significant protection in law, and we know that crimes against badgers as currently reported are the tip of the iceberg. The Badger Trust can only act on information reported to us, and we urge people to report badger crime and suspicious incidents. By understanding the true national situation we can continue our work to highlight the reality of the situation, and help stop these unlawful activities.“

The Badger Trust relies on reports of illegal activity at badger setts from the public. It also receives reports from its affiliated Badger Groups and supporters, which are passed on to an experienced Crime Team dedicated to monitoring and tracking badger crime across England and Wales.

If a badger crime or suspicious incident is in progress:

If a badger crime has already happened:

General advice is always to remember that badger baiters, terriermen, and other criminals can be dangerous – in all cases, keep at a safe distance and do not approach or disturb the scene.

The Hunting Act and Badge… 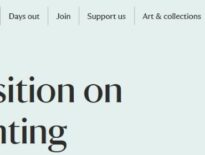 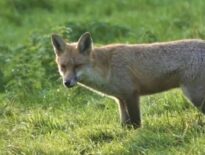