In support of our ‘Language Matters’ campaign, which looks at how language is used to influence how we all think about wildlife, we’re delighted to host a guest post from Tracy Keeling. Tracy is (to quote) a recovering playwright, staff writer at The Canary and freelance environmental journalist. A long-time friend of the WoW Project, she was immediately interested in the ‘Language Matters’ campaign as it mirrored many of her own concerns about our treatment of the natural world.

As The War on Wildlife (WoW) Project’s regular readers will know, it has launched a campaign centred on the idea that ‘language matters’ in discourse on the natural, living world. I couldn’t agree more. It’s conventional logic by now that language matters in relation to human affairs (who are, of course, also part of the natural world). These days, sexist terminology raises eyebrows (or lawsuits) not laughs, because that’s the case. But the language we use in relation to the non-human living world matters too.

Indeed, language has undoubtedly played its part in the sorry predicament we now find ourselves in environmentally. But it also has the potential to help us get out of the mess – if we’re willing to challenge and change our lingo.

S’all in the game, yo

As an example of language that matters, WoW’s Charlie Moores recently took issue with the term ‘gamebirds’. That word clearly is an affront to the birds we humans assign the label to because it defines their existence as being wholly for those who love to shoot them. It reduces them to just being for the ‘game’ – the grisly game of killing for kicks, to be exact.

Language is, of course, what we use to communicate thoughts and feelings. We’ve also invented many words to describe objects. That’s objects like you, me, other animals, chairs, and so on – both animate and inanimate. Often thoughts and feelings are mixed into the language for objects. It is, after all, humans with thoughts and feelings who dream up these words. ‘Gamebirds’ is a case in point. Whoever came up with that word clearly viewed certain birds as fun to hunt, so labelled them in line with those feelings.

But just as thought influences language, so too does language influence thought. As such, language can have a bearing on how we think about objects, the parameters of any debate on those objects, and the conclusions we draw about them. I mean, if ‘gamebirds’ are wholly for people to shoot – as that name suggests – then why shouldn’t people shoot them? In this instance, the name itself invites a rigged debate on the question of whether it’s okay for people to shoot these birds that is very clearly stacked in the pro-shooting corner.

I recently was reminded of another word that matters – uttered by the UN body tasked with protecting wildlife. In truth, that’s a simplistic (or hopeful) way of describing the Convention on International Trade in Endangered Species of Wild Fauna and Flora (CITES). To be more exact, it’s a treaty between most of the world’s governments whose representatives get together every few years to decide on the international rules for trading in wild species. Its golden rule is supposed to be ‘don’t wipe them out’. So the body adjusts trading rules periodically, through adding (or removing) certain species from protection lists, known as appendixes, so as to avoid trading them to extinction – in theory.

I was writing a story for The Canary about 32 baby elephants that Zimbabwe sold to Chinese zoos, under the CITES regime. A number of them are currently showing multiple signs of stress, fear and frustration in their new Chinese surroundings. That’s no surprise given that, as elephant expert Marion Garai pointed out, they’ve undoubtedly gone through “horrific constant negative experiences” since being abducted from their families.

But in its documentation on trading, CITES refers to little lives like theirs – and all the lives subject to the buying and selling it governs – as “specimens”. The body expands further what the word means in its glossary:

“Any animal or plant, whether alive or dead… [and] any readily recognizable part or derivative thereof”

Essentially, it’s a catch-all word. Non-human animal or plant, alive or dead, whole or in pieces, all are “specimens”.

Clearly, CITES has steered clear of any recognition of life force or sentience in its word choice for, well, lives. They’re things, not beings.

If you probe deeper, it gets worse. Because the Cambridge dictionary tells me that a specimen is:

“used to refer to something that is an example of a particular thing“.

So by using this word, CITES isn’t even giving elephants and other traded individuals the dignity of being a ‘thing’, they’re just examples of ‘things’.

What a disconnected and sterile way of talking about thinking, feeling beings. However, such language is probably helpful for trading in traumatised young elephants. Because once you do acknowledge the conscious existence of another being, empathy and connection can come into play. And it’s undoubtedly harder to trade a life, and subject her to “horrific constant negative experiences”, once you’ve put yourself in her shoes or established a connection.

I’m using CITES as an example, but this disconnect, this alienation, is everywhere in the language we use about other animals and the natural world, as WoW has pointed out. Like ‘gamebirds’, much of this language has its roots in the fact that a significant portion of humans have long considered themselves to be the central and most significant objects in the world (many thought similarly about the world’s place in the universe until they were proven wrong). This anthropocentric mindset classifies all objects surrounding that supposed human centre as distant ‘others’ whose value rests solely in being put to ‘good’, i.e. human use.

After centuries of such thinking, and use of the language associated with it, where are we now? Facing the dual horrors of a climate emergency and biodiversity crisis which threaten a whole lot of objects, including humans. These crises are a direct result of the widespread plundering, excessive extraction and wanton destruction of the non-human natural world that such anthropocentric thought has yielded.

Many are therefore pushing for a rethink of that mindset and a reboot of the language that perpetuates it. As the journalist Adam Cruise says in his dissertation on changing the current approach to wildlife conservation, The Value of Being Wild:

“Language reform helps humans think of (other) animals as essential members of the biotic community in which humans too are an integral part.”

Scientists are also advocating a change in thinking and talking about the natural world that recognizes its importance, interconnectedness and vitality.

In short, using words like ‘specimens’ to describe elephants or other living beings is sooo yesterday and if we’d like to see a tomorrow then a transformation is needed.

Because this planet’s stability rests on the interrelation between all its objects, particularly those who make up the living world. So supremacy isn’t the way forward, solidarity is – and we’d better start manifesting that in thought, word and deed. 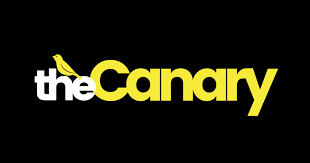 The Canary is an independent non-profit news website co-founded in October 2015. With no financial backing or outside investment, a brand new media outlet has built from scratch through progressive values, a vibrant team and engaging content. The Canary remains completely independent of any advertisers, funders, companies, political organisations, or political parties. 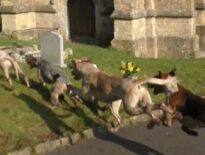 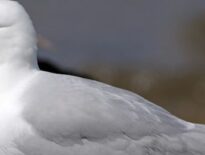