While we’re certainly not apologists for environmentally-disastrous ‘fast fashion’, today’s news that the ripples from the Hunting Office webinars with their tall tales of ‘smokescreens’ and ‘soft underbellies’ are continuing to swamp hunting is wonderful. Particularly because even more land is being made out of bounds to foxhunts and so-called ‘trail hunting’ (why do we use that particular phrase? See Language Matters | Smokescreen/Trail Hunting).

According to a report on the ITV News website titled “Billionaire owner of H&M bans hunting on his huge English estate“, Stefan Persson, has banned the Vine and Craven Hunt from Ramsbury Estates which covers a combined 19,000 acres of North East Wiltshire, West Berkshire and North Hampshire.

It might sound obvious, but without access to large areas of land hunts have nowhere to break the law (the Hunting Act 2004). Taking away 19000 acres of prime fox habitat is a severe blow to the hunt, and the announcement seems to be following a developing trend of bans that tone-deaf lobbyists like the Countryside Alliance, with their pathetic cries of every action being ‘a dangerous precedent’, simply can’t counter.

Councils are beginning to turn against so-called ‘trail hunting’ as well, with Peterborough Council passing a resolution last week which stated that “This Council resolves to do everything within its legal powers to prevent trail hunting, exempt hunting, hound exercise and hunt meets on its land” and which was followed just days later by Councillors at Cheshire West and Chester Council voting to devise a new policy reflecting the “damage” caused by so-called ‘trail hunting’.

As the Hunt Saboteurs Association puts it so well in the ITV report below, “We’re delighted that Ramsbury estates have stopped any hunting with immediate effect but we’re even more delighted at how quick they were to take this action. It shows that landowners are desperate not to become embroiled in the police investigation and public outcry that’s engulfing the hunting community. Finally 15 years after the Hunting Act the tide is finally turning and hunts are fighting for their very existence.”

As self-inflicted wounds go, this one is deep and savage. It’s doubtful hunting will pause for a moment of self-reflection, but there’s a horrible irony that if they did they’d get some idea how a fox feels as the hounds close in…

Hunting has been “stopped with immediate effect” on land belonging to the owner of fashion chain H&M.

ITV News has been told there will be no hunting on the land “for the foreseeable future” after allegations were made against the Vine & Craven Hunt.

A spokesperson for the estate said the hunt “have countered the allegations, but if proven the law will take its course”.

The Hunt Saboteurs Association said: “We’re delighted that Ramsbury estate have stopped any hunting with immediate effect but we’re even more delighted at how quick they were to take this action.

“It shows that land owners are desperate not to become embroiled in the police investigation and public outcry that’s engulfing the hunting community.

“Finally 15 years after the Hunting Act the tide is finally turning and hunts are fighting for their very existence.

“We look forward to many other large estates denying access to the hunts.”

The Ramsbury Estate is the latest in a growing list of UK landowners to suspend hunting on their land since ITV News revealed that police were investigating the sport.

Forestry England, The National Trust, Natural Resources Wales, United Utilities, the Lake District National Park and The Church of England have all suspended trail hunting and ITV News is aware of other major landowners ready to act.”

If you’d like to support this growing movement towards a better countryside, please let your own council know that you want the hunts banned as well. And why not consider joining LACS or the Hunt Sabs as a ‘feel-good’ Christmas present to our wildlife – or at the very least please let the Hunt Sabs know when you see hunts out and about breaking the law: 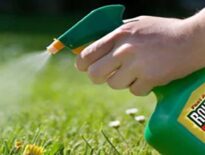 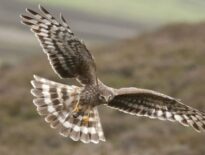